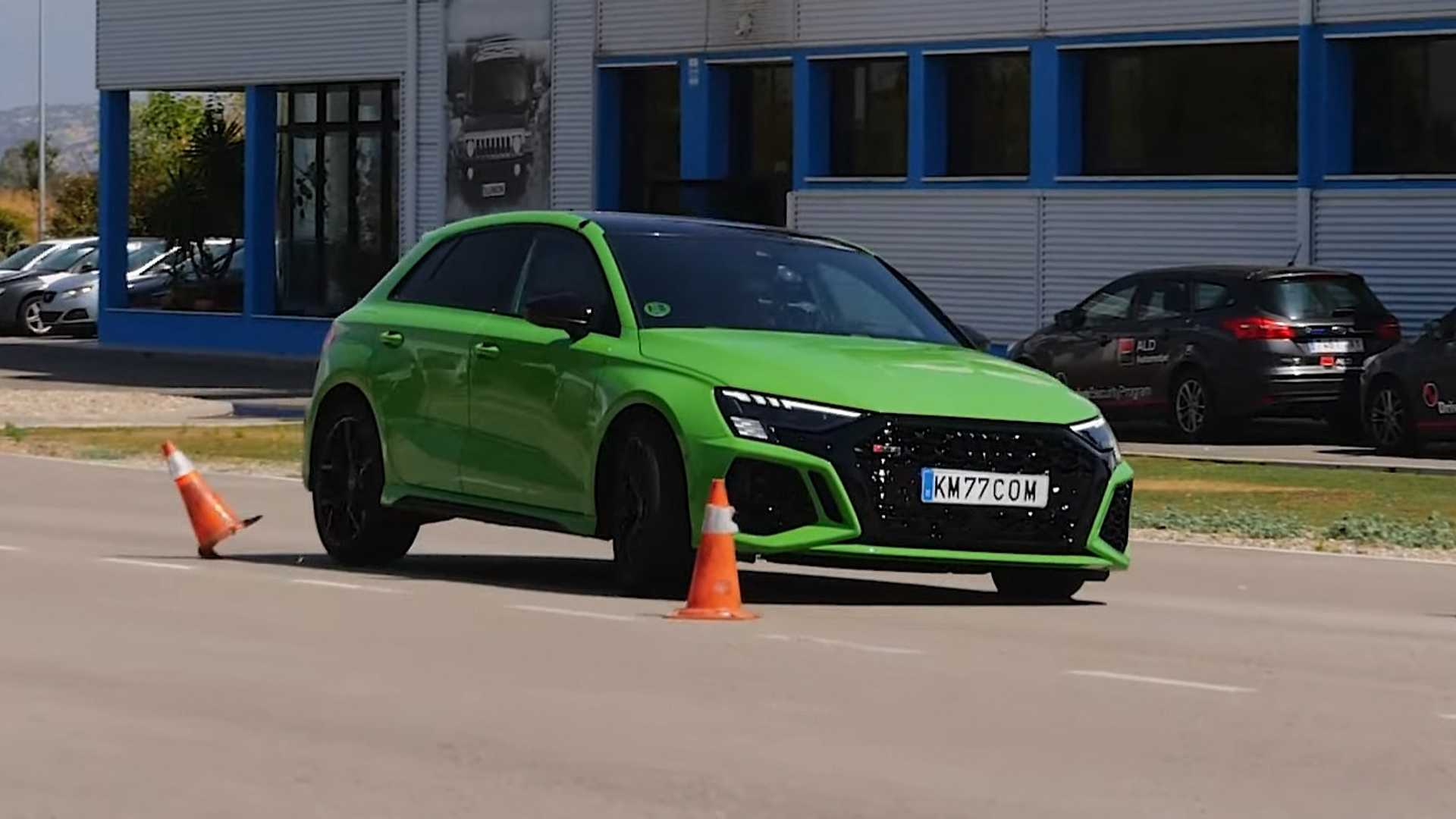 The moose test doesn’t lie, and there’s no way to fake it. One might think that dedicated performance vehicles have an advantage in the tricky high-speed maneuver, but as we’ve seen before, that’s not always the case.

The latest moose test video from km77.com features the Audi RS3. RS models are most decidedly performance-oriented, and the 2022 RS3 is a gem with 401 horsepower driving all four wheels. It rides on a stout, tuned suspension, and this particular RS3 is fitted with the RS plus package that offers further upgrades, notably adaptable suspension and ceramic brakes among other things. It grips the tarmac with Pirelli PZero tires that are actually a bit wider in the front for better handling balance. In all, it sounds like the RS3 should whip through the moose test without issue.

77 km/h (48 mph) is the target speed for the test, which mimics a series of emergency lane change maneuvers. The Audi keeps its composure during multiple runs, but surprisingly, it can’t meet the benchmark speed. The RS3 musters a best of 75 km/h (47 mph), which is certainly close but technically a below-average performance. It’s worth noting that the car is never unruly, and the video mentions how flat and controlled it feels throughout the test. At higher speeds, it just can’t quite get through the cones without clipping one or two.

The RS3 fares better in a follow-up slalom test. Even without using launch control, the driver quickly gets up to speed and the car flows smoothly through the transitions. The result is a slalom time of 23.1 seconds, slotting just behind the Polestar 1 as the second-fastest time recorded for km77.com’s test.

An explanation isn’t given for the Audi’s failure to reach the target speed for the moose test. The video shows a fair amount of understeer on the second lane change, but testers praise the RS3’s overall mannerisms regarding dynamics and safety, including how the understeer is managed.