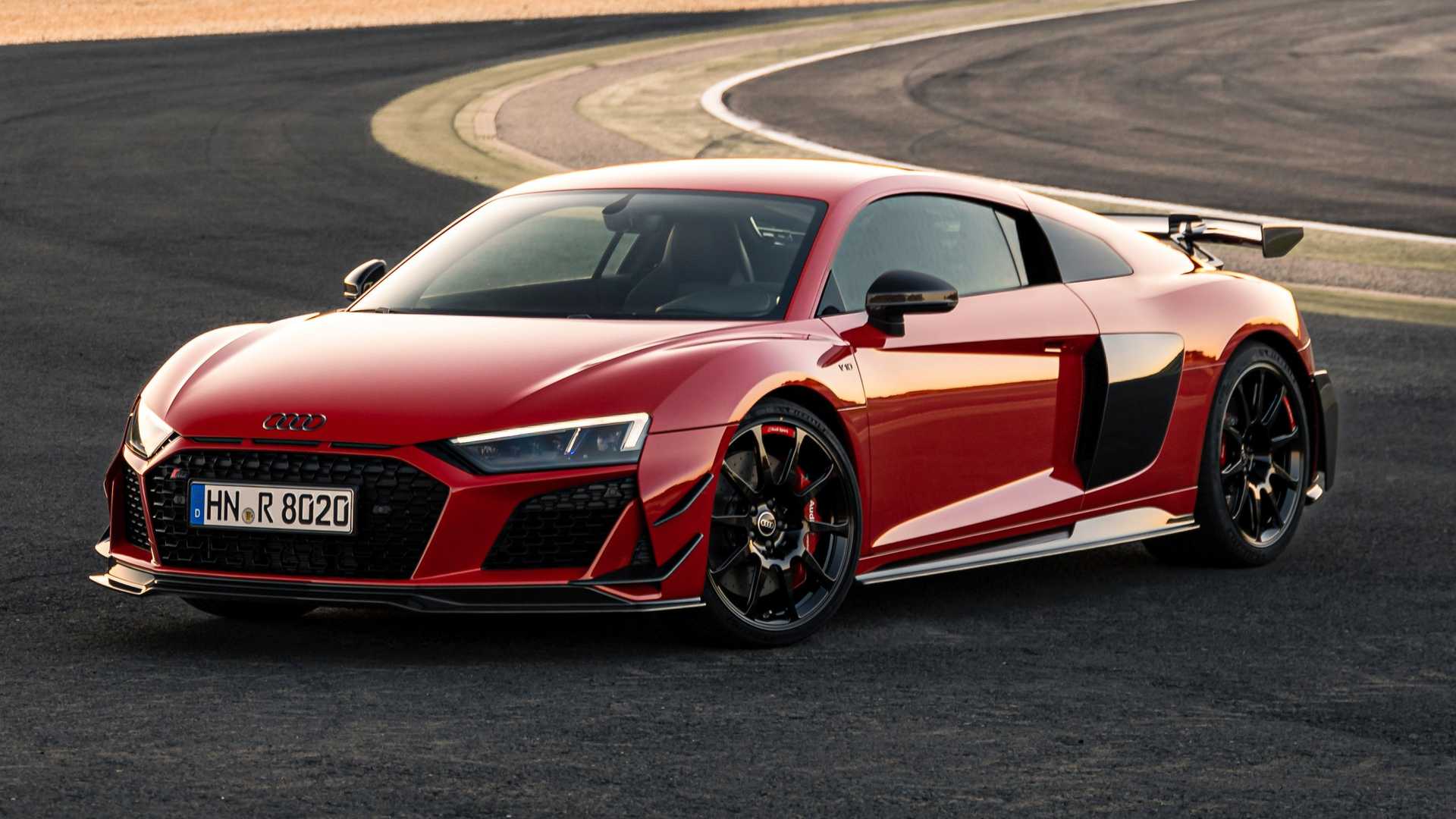 The end is nigh for the Audi R8, but it’s going out with a bang. The 2023 R8 GT RWD is the most powerful rear-wheel-drive Audi of them all, and it will take a quarter-million dollars to buy one in the United States.

What do you get for that price? We were introduced to the R8 GT and its 602-horsepower 5.2-liter V10 engine when it debuted in October, and we slipped behind the wheel for a special first drive shortly before Thanksgiving. Borrowing plenty of inspiration from the R8 LMS racecar, it’s 55 pounds lighter and as such, it can nip to 60 mph in 3.3 seconds – provided the rear wheels have traction. A new Torque Rear mode helps make the most of that traction, or lack thereof should the driver fancy some R8 drifting. Top speed pulls up just shy of 200 at a proud 199 mph.

In the US market, the R8 GT gains some special features. A sport exhaust system gives the V10 a fresh voice, while side blades, exterior mirror housings, and door sill inlays get a carbon treatment. Inside you’ll find a Bang & Olufsen stereo, a diamond-stitched headliner, and more.