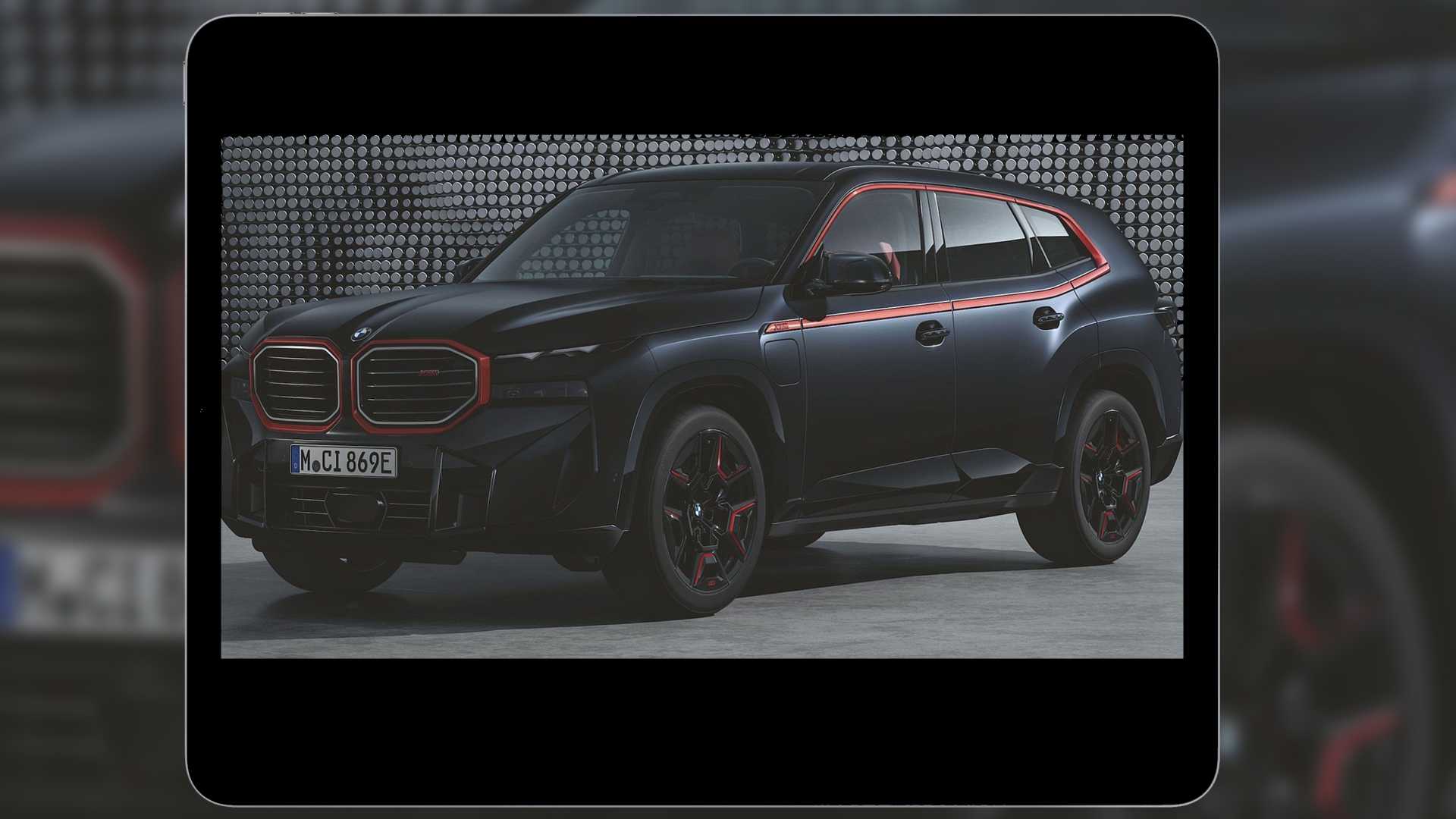 The new XM is the first standalone M model from BMW since the M1. In standard form, its plug-in hybrid powertrain doles out 644 horsepower (480 kilowatts) to all four wheels. A more powerful version called the Label Red is coming next year, but a leak from BMW gives us a preview right now.

Originally shared online by BMW Austria, this single image shows what the 2023 BMW XM Label Red is all about. Obviously, red trim is part of the package, and it’s not subtle. The grille surround and trim circling the side glass goes red, and it rides on a set of black wheels with red trim. The M badge in the grille is red, and a close look through the glass reveals red seats inside. Aside from that, we can’t see anything else that stands out. And since this is a leak, BMW isn’t talking.

That’s not to say we don’t know anything about this red-infused SUV. BMW announced the Label Red in the XM debut, stating its hybrid powertrain develops 735 hp (548 kW) and 735 pound-feet (997 Newton-meters) of torque. It will be the first in a series of BMW Label models, and pricing starts at $185,000. That’s certainly an expensive price tag, but it’s less than the Lamborghini Urus and Aston Martin DBX707, both of which have less horsepower. However, at 6,062 pounds it’s also considerably heavier.

It’s unclear how BMW will pull extra power from the XM. The standard version uses a twin-turbocharged 4.4-liter V8 that makes 483 hp (360 kW). A single electric motor incorporated into the eight-speed automatic transmission adds 194 hp (145 kW) to the mix. There’s certainly potential to juice up both the electric motor and the gas engine, though range and fuel mileage would likely suffer. As it stands, the XM can go an estimated 30 miles on electric power alone. It can also reach 60 mph in 4.1 seconds, en route to an electronically limited 155-mph top speed.

The XM Label Red is expected to debut midway through 2023.