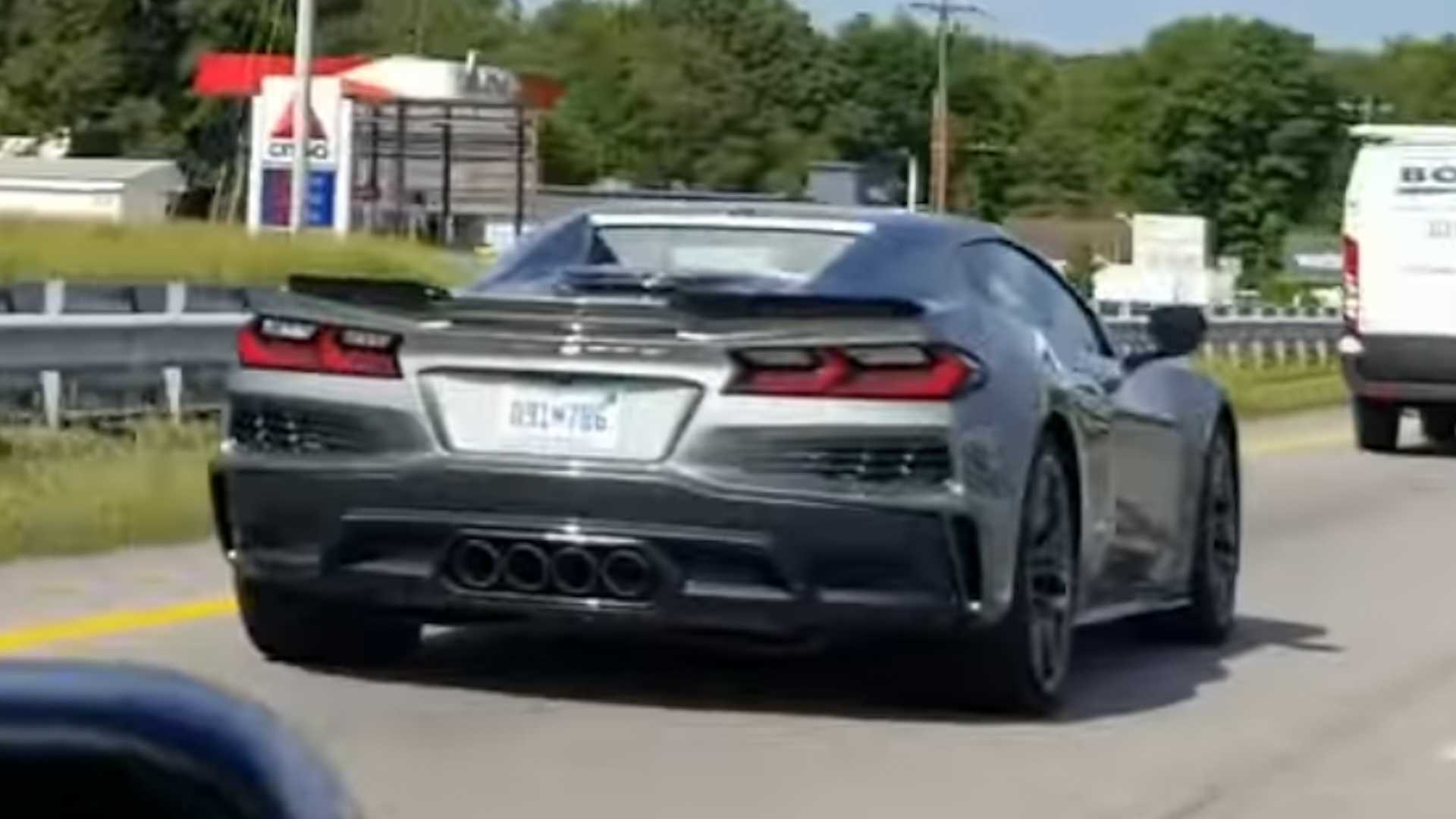 The 2023 Chevrolet Corvette Z06 won’t begin production until sometime this summer, but plenty of examples are already out in the wild. A short YouTube video captured one Z06 out on public roads wearing a what appears to be a manufacturer license plate, and the driver wasn’t shy about demonstrating the potent exhaust note.

The Z06 sports a 5.5-liter naturally aspirated DOHC V8 with a flat-plane crankshaft. Chevrolet engineers spent two years fine-tuning the exhaust sound so it’d be unlike any other Corvette ever built, and this video, even with all the wind noise, captures a mean-sounding spots car.

The engine delivers 670 horsepower (500 kilowatts) and 460 pound-feet (623 Newton-meters). All that power sends the Z06 to 60 miles per hour (96 kilometers per hour) in 2.6 seconds. The engine pairs with a seven-speed dual-clutch gearbox.

Sadly, not everyone will get to enjoy the Z06’s full-throated exhaust note. Emissions regulations in Europe and Australia forced Chevrolet to re-engineer the exhaust system. The extra piping made it impossible for Chevrolet to keep the Z06’s floating quad center-exist exhaust system. Z06s in those markets will feature corner-exit exhaust pipes, and they could experience a slight drop in horsepower, too, just like the Stingray.

The Corvette’s sound will be part of an entire package that sees the Z06 receive aerodynamic and suspension upgrades. The Z06’s stance grows by 3.6 inches, which helps fit the 20-inch front wheels and 21-inch rears. Chevrolet also added six-piston Brembo front brakes that hide behind those new wheels.

The Z06 wears a new front spiller and a modest rear one, though customers can opt for the carbon-fiber aero package that adds a larger front splitter, a massive rear wing, and other upgrades. Chevy has said that the Z06 can pull 1.22 g on a 300-foot skidpad.

Production for the 2023 Z06 won’t begin until sometime this summer, and then it has to reach customers. The Z06 is the next step for the new C8, but it won’t be the last as the automaker has already announced plans for a hybrid and a fully electric version. We won’t have to wait long for those.