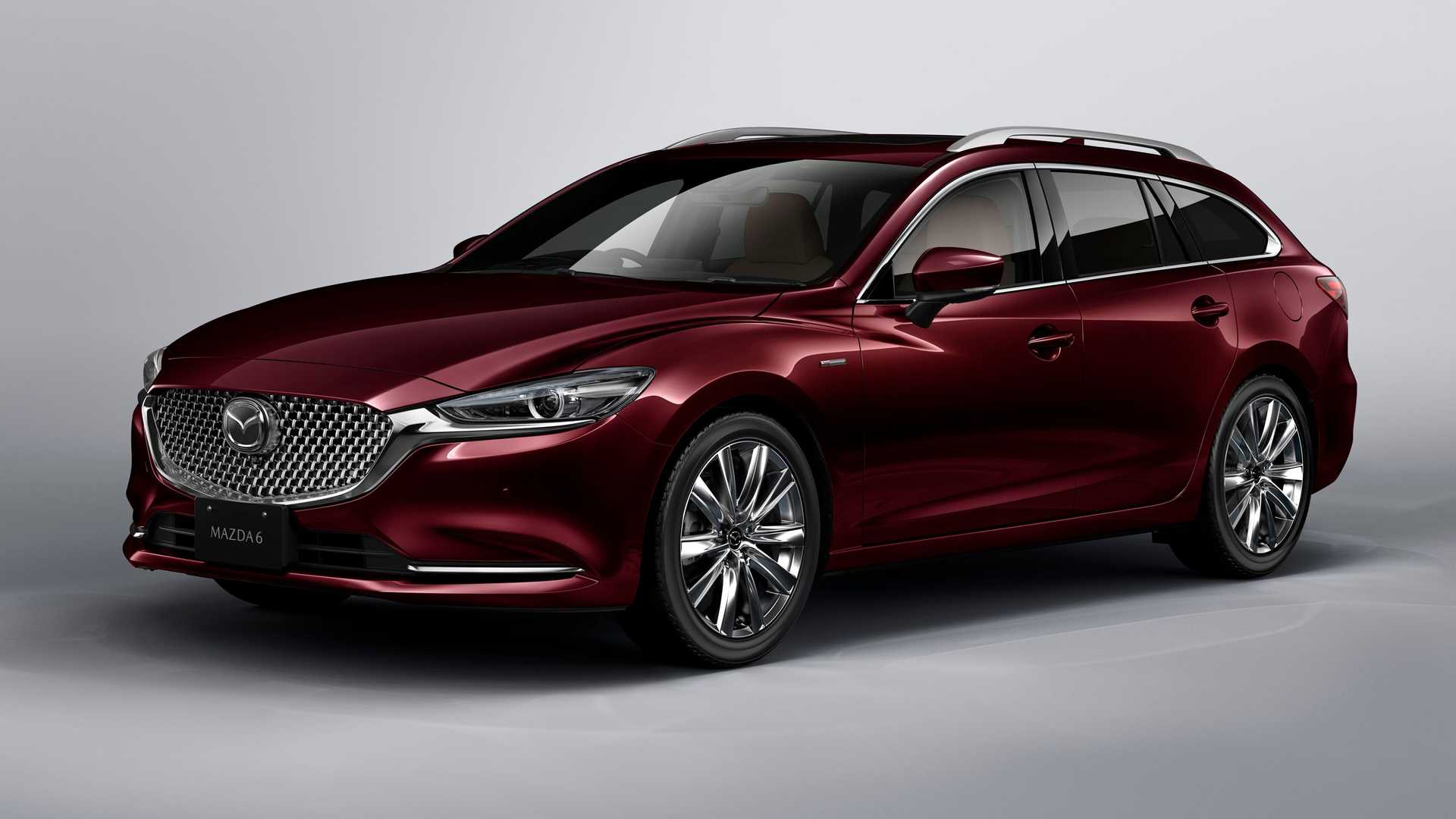 The third-generation Mazda6 has been around for a decade, and while it left North America after the 2021MY, the midsize model is still being sold in many parts of the world. To celebrate the vehicle’s 20th anniversary – the first generation was launched in 2002 – a special edition is being introduced this week. With 2022 drawing to a close, the Zoom-Zoom company sure took its sweet time coming out with this car.

Announced so far for Japan and Australia, the Mazda6 20th Anniversary Edition is available in sedan and wagon body styles. Both the JDM and Aussie models can be had in either Artisan Red or Rhodium White. Those 19-inch wheels are glossy silver Down Under and in the Land of the Rising Sun. The midsize duo gets fender badges denoting the model’s special status, along with a bright silver finish for the front grille.

The 20th Anniversary logo has been embossed on the front headrests, and Mazda has used tan Nappa Leather as well as a matte brown trim to spruce up the cabin. The 6 sold in its domestic market gets an electric sliding sunroof as standard equipment. Much like the MX-5 Miata, the Mazda6 still uses the company’s previous-generation infotainment.

In Australia, the turbocharged 2.5-liter gasoline engine now makes 235 horsepower (173 kilowatts) at 4,250 rpm and while peak torque has remained the same at 420 Newton-meters (310 pound-feet) available at 2,000 rpm, you get an extra 8 Nm (6 lb-ft) at 4,250 rpm. Mazda also tweaked the six-speed automatic transmission for quicker gear changes and increased the pedal response.

The 6’s future looks uncertain considering a rear-wheel-drive model based on Mazda’s new platform has already been ruled out.