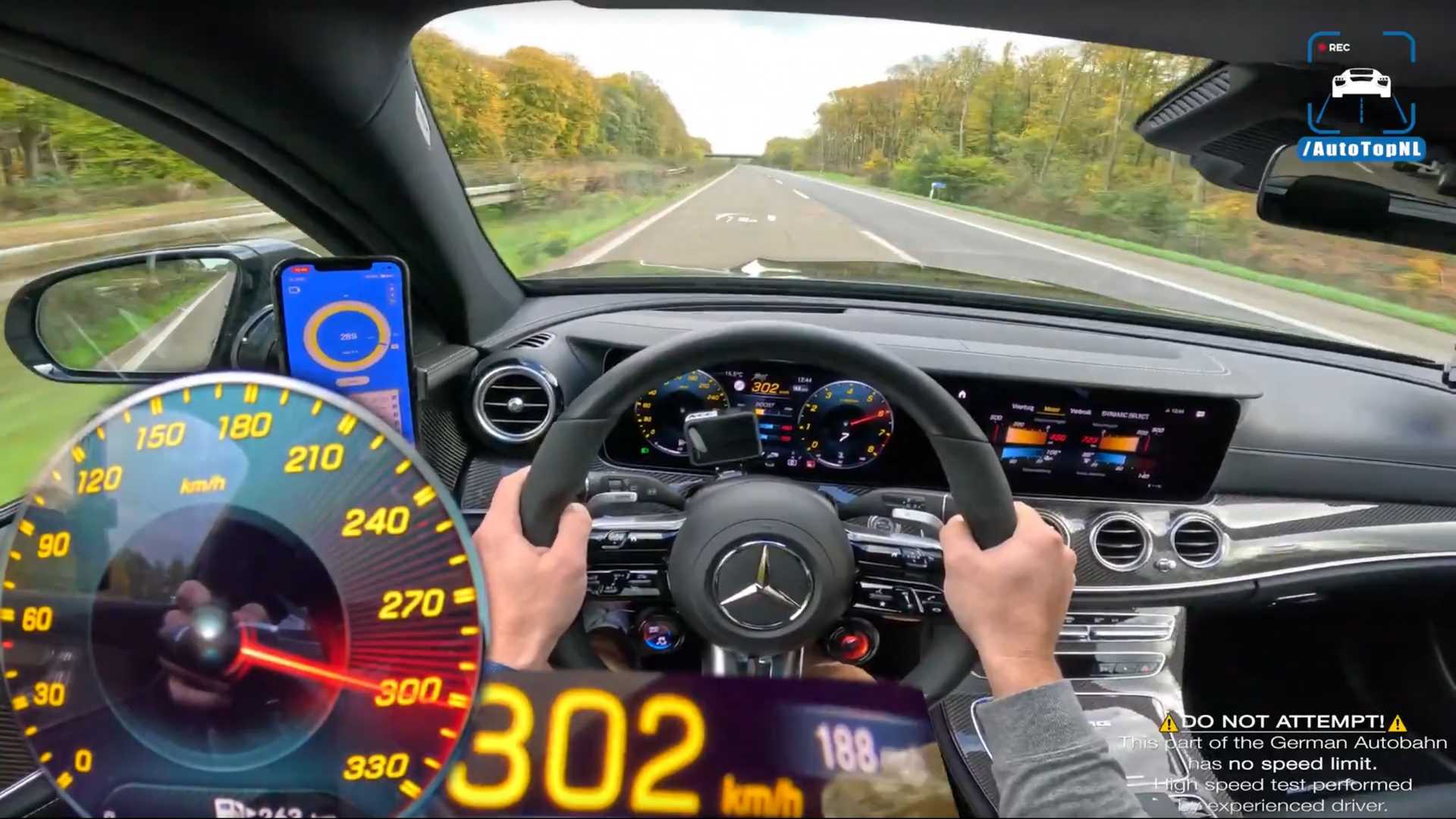 Mercedes-Benz is already developing the next-generation E-Class. However, the current model in its hottest configuration – the AMG E63 S – can still impress. Its potent powertrain and luxury status make it an Autobahn superstar, and a new video showcases the wagon variant hitting its top speed with remarkable ease.

The wagon’s twin-turbocharged 4.0-liter V8 engine produces 603 horsepower (450 kilowatts) and 627 pound-feet (850 Newton-meters) of torque. Its 4Matic all-wheel drive keeps it planted to the road as it speeds well into triple-digit territory. Mercedes lists the car’s top speed with the Driver’s Pack as 186 miles per hour (300 kilometers per hour).

The Autobahn’s left lane eventually opens up, allowing the driver to put their foot into the accelerator. The wagon’s odometer reads 188 mph (302 kph), a smidge above the official speed but well within expectations. That’s fast for a family car packed with comfortable seats, a plethora of safety features, and the latest creature comforts. This is what the E63 Wagon was built for.

Earlier this year, Mercedes launched the E63 S Final Edition as the automaker prepares to launch the next-generation model. It’ll be the last V8-powered E-Class as the company shifts away from big combustion engines and embraces downsized hybrids and battery electric vehicles. The next AMG E63 will have a battery and electric motor assisting the combustion engine. It could get the same powertrain found in the new C63 – a 671-hp (493-kW) plug-in hybrid that churns out 752 lb-ft (1,019 Nm) of torque.

Mercedes appears close to debuting the new E-Class, at least in its more mainstream variants. Recent spy shots showed the model losing some camouflage, and the interior looks ready for production even with all the cloth coverings hiding it. There’s little time left for the company to reveal it before the end of the year, and an early 2023 debut could happen. The hotter, hybrid E63 Wagon won’t arrive until much later, so enjoy the video above before the next-gen model arrives. It won’t be the same, but it’ll be exciting.

save over $3,400 on average off MSRP* on a new Mercedes-Benz E-Class