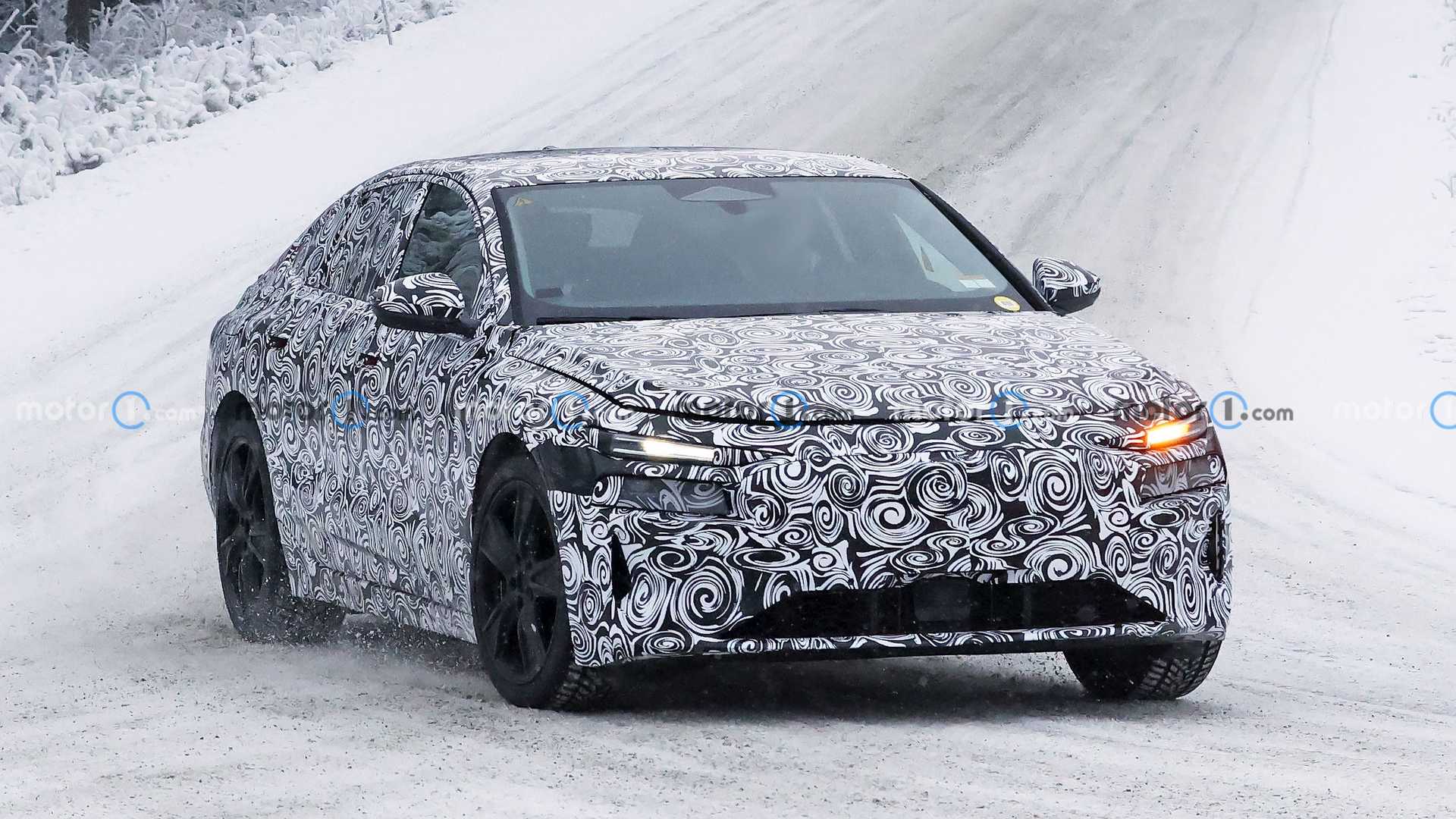 The winter testing season in the automotive industry is underway and many automakers are currently in the northern parts of Europe to evaluate their upcoming products in winter conditions. This testing procedure is especially valuable for new electric vehicles as they need additional attention due to the nature of their energy source. Audi is now taking the A6 E-Tron to Scandinavia with a full body camouflage but there are interesting details that can already be seen.

This prototype features production lights at all four corners. The electric vehicle from Ingolstadt will be equipped with two rows of lights at the front following a trend that is continuing to be popular in the industry. As far as we can tell, the upper row will act as daytime running lights and side signals, while the lower row will accommodate the main beam. A closed-off grille sits between the clusters and there’s a small trapezoidal grille in the lower section of the bumper.

The side profile of the A6 E-Tron strongly reminds us of the Tesla Model 3, though the German EV will be slightly bigger. At the back, the lights have a design with individual LED elements in both the fenders and boot lid. The turning signal could be animated but we can’t confirm that at this point. Overall, this prototype looks a lot like the A6 E-Tron concept, which is a good thing since the show car was a beautiful machine.

Riding on the Premium Platform Electric (PPE) architecture, the electric vehicle will likely share some components with the upcoming electric Porsche Macan, which will be underpinned by the same platform. We don’t know much about the A6’s powertrain, though the concept had a dual-motor system with a system output of 470 horsepower (350 kilowatts) and 590 pound-feet (800 Newton-meters). The concept vehicle was capable of reaching 62 miles per hour (100 kilometers per hour) from a standstill in less than 4.0 seconds.

However, potential EV buyers will be more interested in the A6 E-Tron’s range and the concept had plenty to offer. With a 100-kilowatt-hour battery pack mounted within the floor, it had an estimated range of over 435 miles (700 kilometers) in the WLTP regime. An impressive fast charging at up to 270 kilowatts should provide enough juice for another 186 miles (300 km) in about 10 minutes. If the specs of the production version are similar to those of the concept, we’ll be dealing with a serious competitor in the premium segment.