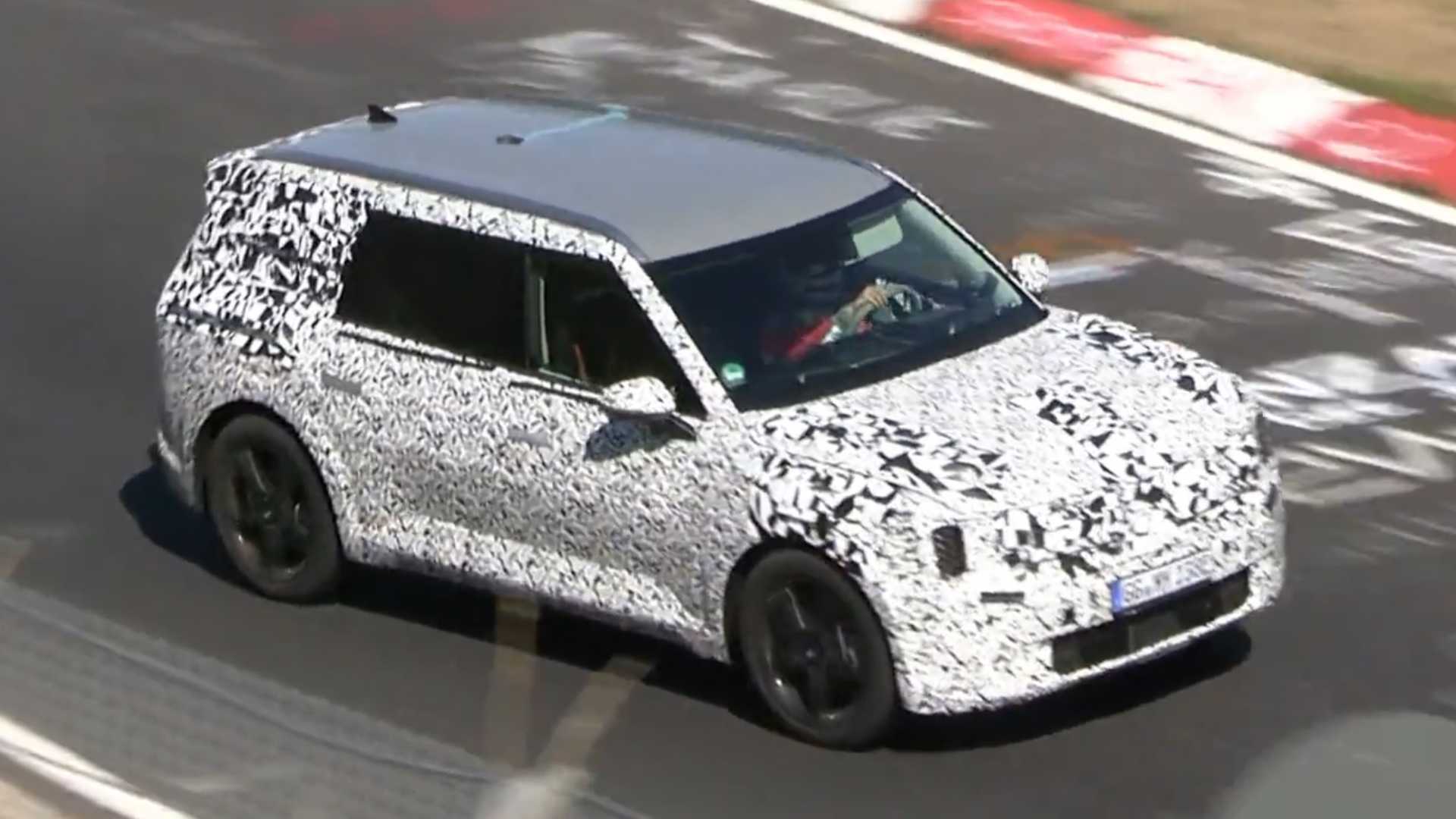 A new spy video captures the Kia EV9 testing at the Nurburgring race track. The SUV continues to wear a full-body camouflage wrap that’s thicker than the camo Kia used in the SUV’s first teaser images from August. The SUV will debut in the first quarter of 2023.

The Kia EV9, the automaker’s three-row electric SUV, will serve as the brand’s flagship offering and sit at the top of its EV lineup. Kia previewed the model as the Kia EV9 Concept late last year. While the camouflage continues to hide the model’s finer design details, the production version retains the concept’s overall shape and greenhouse design.

However, it appears as if Kia toned down the concept’s chunkiness, especially in the fenders. The teaser images showed the SUV with vertical headlights connected across the front with trim for the faux grille. The teasers didn’t show off the rear, but spy shots have captured the SUV with vertical taillights, echoing the motif at the front. Much like the fenders, the rear diffuser is also less stylized on the production version than on the concept. The SUV also features standard doors.

The EV9 will ride on the automaker’s Electric Global Modular Platform (E-GMP) that underpins the Kia EV6 and other Hyundai Motor Company cars like the Genesis GV60 and Hyundai Ioniq 5. This means the EV9 and other models could share some powertrain components, but specific details about the SUV, like horsepower, torque, and range, remain unknown. The concept touted 300 miles (483 kilometers) of range and accelerated to 60 miles per hour (96 kilometers per hour) in about 5 seconds.

We haven’t seen the interior yet, but we expect big screens and a clean design. The concept featured a large display that spanned two-thirds of the dash with an oblong steering wheel, no instrument panel stack, and few buttons. Expect a more traditional interior in the production version.

When Kia teased the SUV in August, it noted that the model was undergoing its final testing in South Korea. However, the SUV won’t go on sale until the second half of next year, so if you want one, you will have to wait.