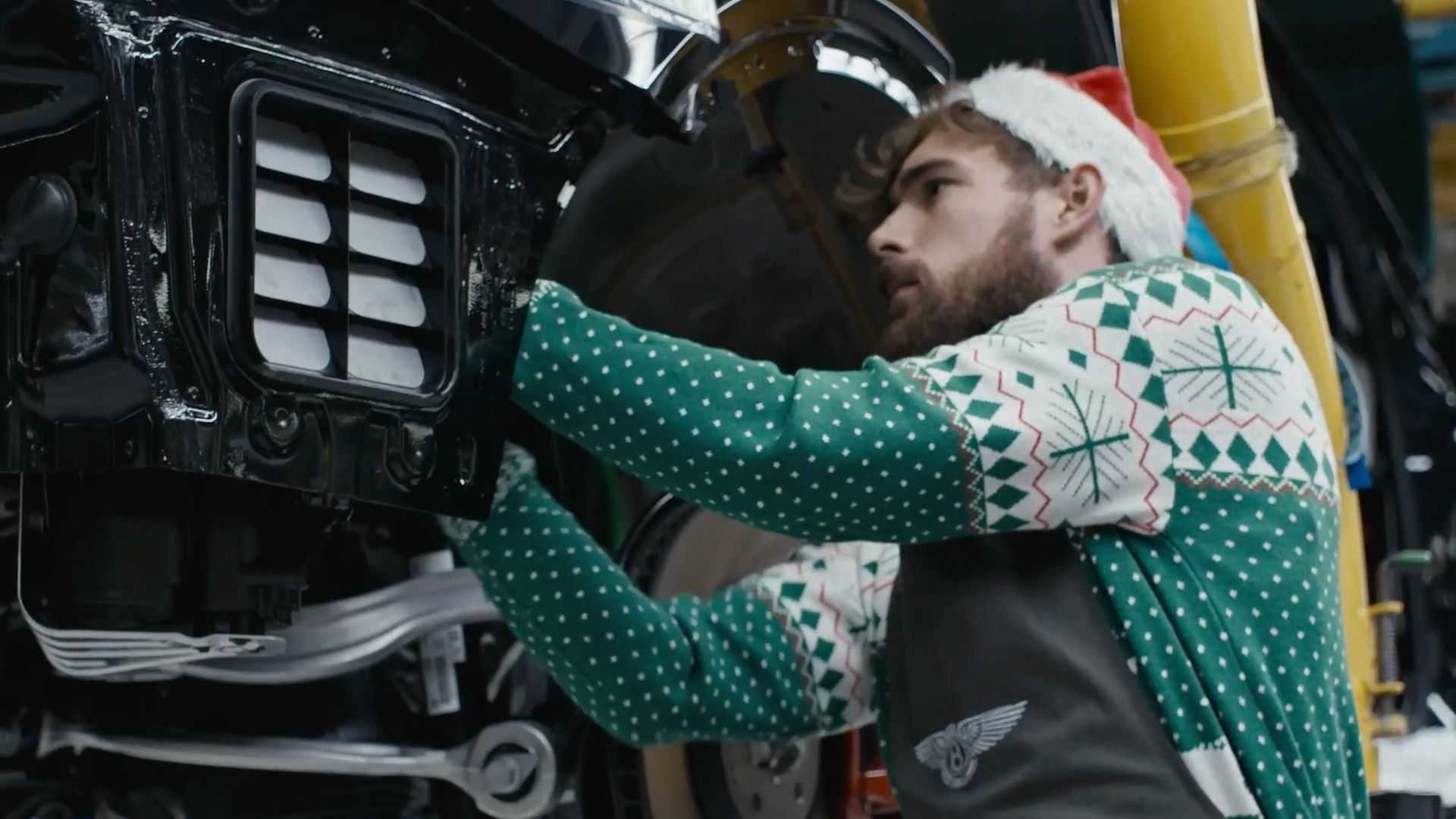 The Christmas season is here and most likely, you’ve heard of “The Nutcracker” – a classic score usually played during the holidays. Composed by Pyotr Ilyich Tchaikovsky, The Nutcracker has gained global renown, to the point that even the first notes of the ballet’s musical score should already provide those familiar with it with a Christmasy feel.

And while The Nutcracker is usually played by an orchestra or an ensemble of musicians, Bentley has released a different take on the Christmas classic.

“When you walk around the factory it’s not just what you see, it’s what you hear that is so distinctive,” Bentley comments through a fictional Mr. S.C. Lause, Director of Elves.

The video above started with a bird’s eye view of the solar panels installed atop Crewe’s carbon-neutral plant, accompanied by birds singing. It then proceeded to a heartwarming performance featuring Bentley engineers.

Using the sounds made within the Crewe factory, Bentley’s version of The Nutcracker involves wheel nut guns, paint sprayers, electric windows being tested, doors opening and closing, and the many parts of a Bentley being slotted, screwed, and stitched into place. Even the roar of the kettle and the tinkle of a teaspoon in a mug were captured, representing the sound that warms every engineer and craftsperson’s heart.

Speaking of Bentley’s Crewe factory, the plant is actually the first carbon-neutral luxury automotive factory in the UK. It was certified by the Carbon Trust in 2019, confirming that the Crewe plant has met the internationally recognized PAS 2060 standard for carbon neutrality.

The first fully electric Bentley was initially slated to debut by 2025. However, due to concerns not related to VW Group’s software issues, the British marque had to push back the launch to 2026, setting the company back by months. The automaker is poised to debut five EVs by the end of the decade as part of its Five-in-Five plan.