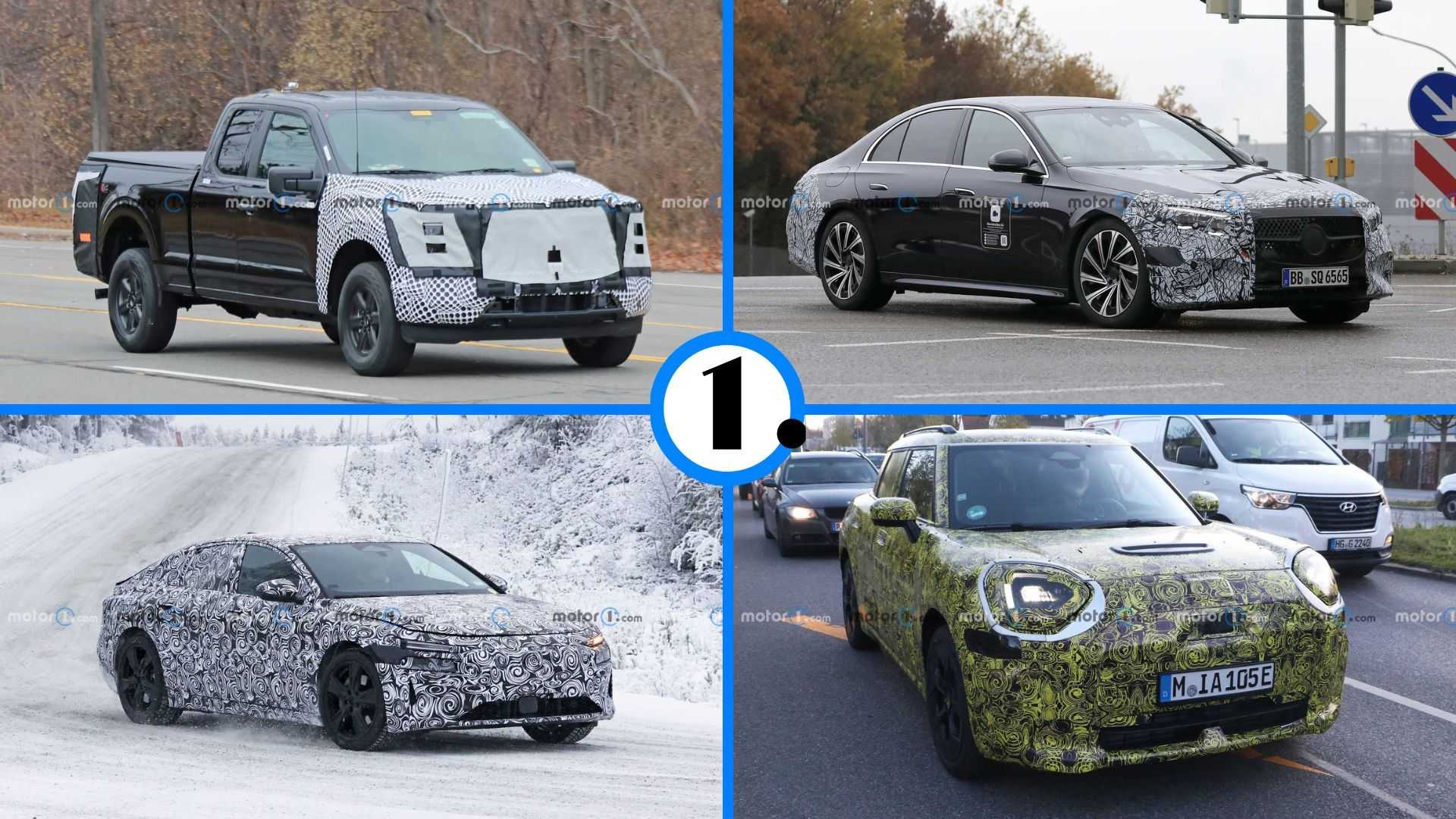 Motor1.com puts up spy shots of upcoming vehicles practically every day and sometimes more often than that. If you want to stay on the cutting edge of what’s on the way check out this list of all of the glimpses of development vehicles from the past week.

The refreshed Audi A6 features small changes to the nose and tail. The exterior tweaks appear to be quite minor.

The A6 E-Tron is the brand’s upcoming electric sedan. Compared to the regular A6, the styling is much smoother, especially in front.

Here’s our first glimpse at Ford’s refresh for the F-150. The company covers the nose and tail to conceal what it’s changing. It looks like the headlights receive an update.

The refreshed Opel Corsa receives an updated nose. The headlights appear to be thinner than the current design.

The Mercedes-Benz CLE-Class will replace the C- and E-Class coupe and convertible. This one is getting a workout around the Nürburgring.

Mercedes is also testing the CLE-Class in the snow. Like the other car, this one wears a full-body wrap. We can still get a good idea of the model’s general shape.

Mercedes continues to strip off camouflage from the new E-Class. At this point, the concealment is only on the tip of the nose and tail. There’s also a glimpse into the cabin where this vehicle has a massive screen on the console.

The Mini Aceman is the brand’s upcoming electric crossover. We got two galleries of spy shots this week, providing a great look at the model.

Here’s the updated Porsche 911 on the move. It has a front fascia with active shutters. The engineers cover the whole rear bumper, but the exhaust pipes are closer to the center back there.