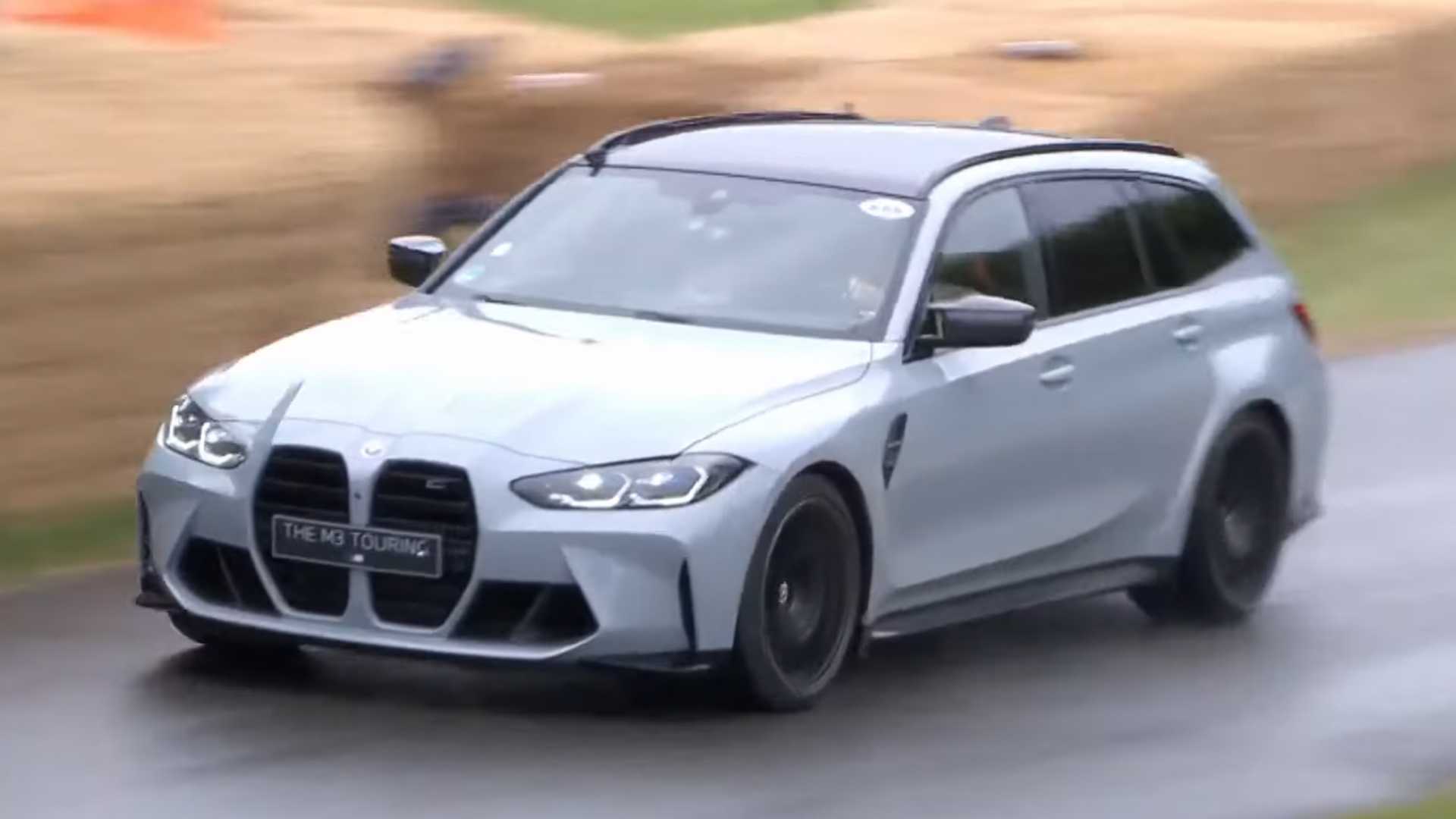 BMW debuted the 2023 M3 Touring earlier this week, finally building an official M3 wagon. The public got its chance to see the new M3 in motion at this year’s Goodwood Festival of Speed when the Duke of Richmond took the wagon up the hillclimb course. The rainy weather didn’t hinder the Duke as he sped up the winding road.

While the M3 Touring packs a punch in the power department, it channels all that power through an eight-speed M Steptronic transmission to the xDrive all-wheel-drive system, which is nice to have in the wet. The M3’s turbocharged 3.0-liter inline-six engine makes 503 horsepower (375 kilowatts) and 479 pound-feet (649 Newton-meters) of torque. It’s the only power output because BMW only offers the M3 Touring in Competition spec.

BMW first teased the M3 Touring in the summer of 2020, and it’s just now debuting. That may seem like a long time, but BMW had to modify the 3 Series Touring in order to create the M3 wagon. The M3 Touring is 3.3 inches longer and 3 inches wider, which is extra space BMW needed in order to accommodate the new rear axle. Yes, the increased size adds weight, but it’s also a new, practical M car that’s not a crossover, so shush.

The M3 Touring also gets an elongated dash-mounted screen that houses the infotainment screen and the driver display. It brings with it BMW’s latest iDrive 8 infotainment software. You won’t find this in the M3 sedan, so if you want the newest tech, get the wagon, but you won’t be able to if you live in America. However, if you live in Germany or the UK, deliveries begin this December before rolling out to other markets.

It’s not surprising the US won’t get the wagon when consumers here continue to prefer crossovers, SUVs, and trucks. However, it’s exciting to see the official M3 Touring wagon on the road.