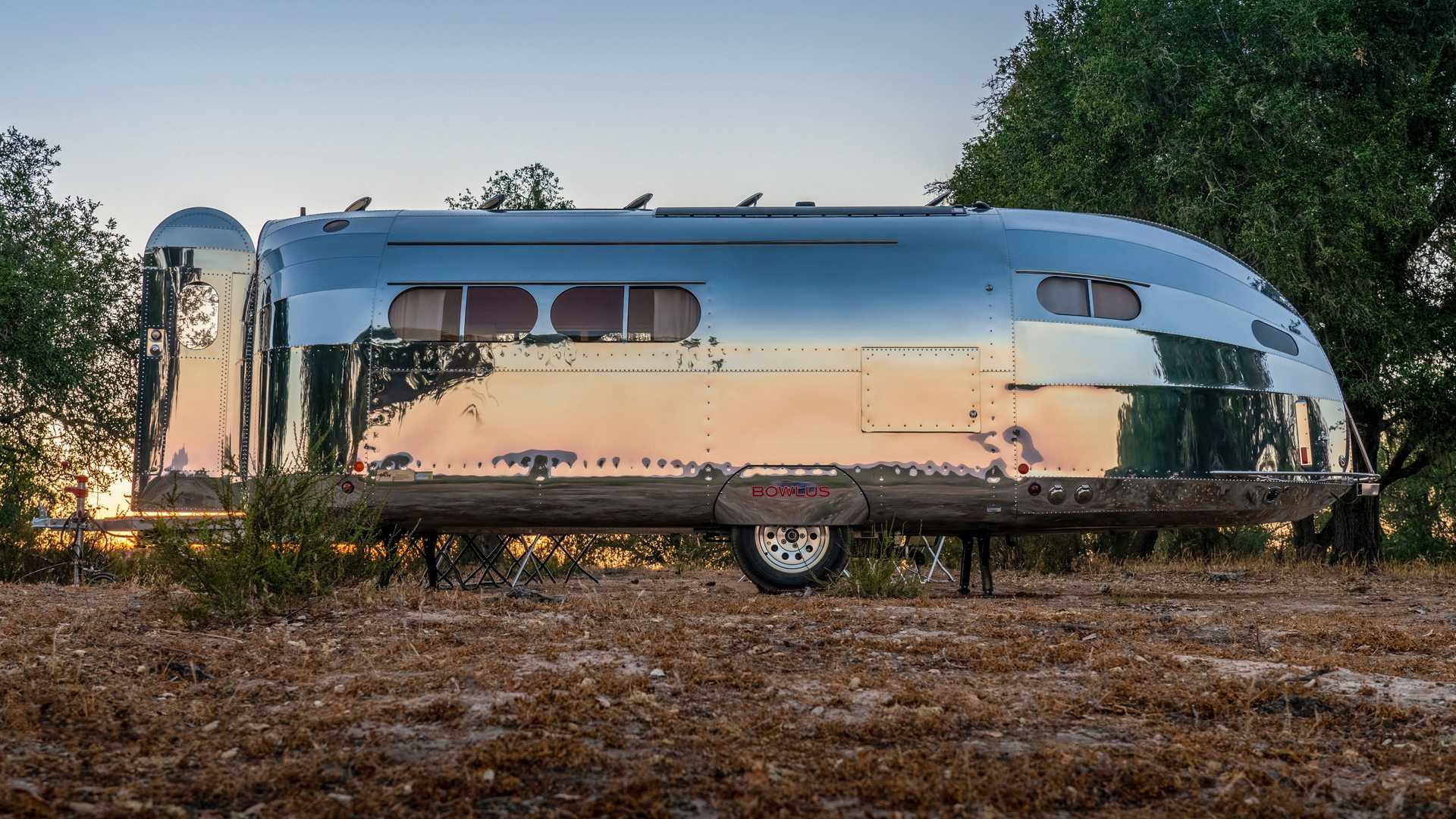 It’s nearly impossible to miss a Bowlus travel trailer when you see one. The polished exterior with aero-minded retro styling is offset by a thoroughly modern interior. Now, there’s a new model that looks like other Bowlus offerings, but you won’t find any propane or internal combustion generators on board. It’s called the Volterra, and it’s 100 percent electric.

In fact, Bowlus claims it’s the world’s first all-electric RV. We’ve seen electric concepts and other trailers featuring pure electric power, but Bowlus could be the first to market with something folks can buy. To that end, Bowlus also says the Volterra is the first travel trailer featuring an induction stove for cooking, and the first to feature integrated high-speed satellite internet.

Powering all this is a new battery system from Bowlus that’s said to be the most advanced in the industry. Its lithium-ion phosphate battery system holds 17 kWh of juice, double what’s available in the company’s Terra Firma trailer. If you’re towing with an electric vehicle, the Volterra can be connected to the car for charging while driving. Conversely, if the trailer is charged but the car is dead, approximately 65 miles of range is available for emergency use. There are also 420 watts of solar in a system called AeroSolar, which is designed for use while the trailer is at rest or in motion. No setup is required.

Inside, the Volterra is standard-issue Bowlus with accommodations for four adults. The company offers various limited-edition colors for a custom vibe, and naturally, it features a full bathroom and kitchen. It carries 50 gallons of fresh water, 31 gallons of gray water, and if you really can’t pry yourself away from propane, the Volterra can be equipped with an LP system for cooking and heating.

If you’re already familiar with Bowlus, you’ll know the company’s luxury trailers aren’t inexpensive. The Volterra is no exception, with a price that starts at $310,000.

Nissan Updates News Archive, Now Goes All The Way Back To 1961