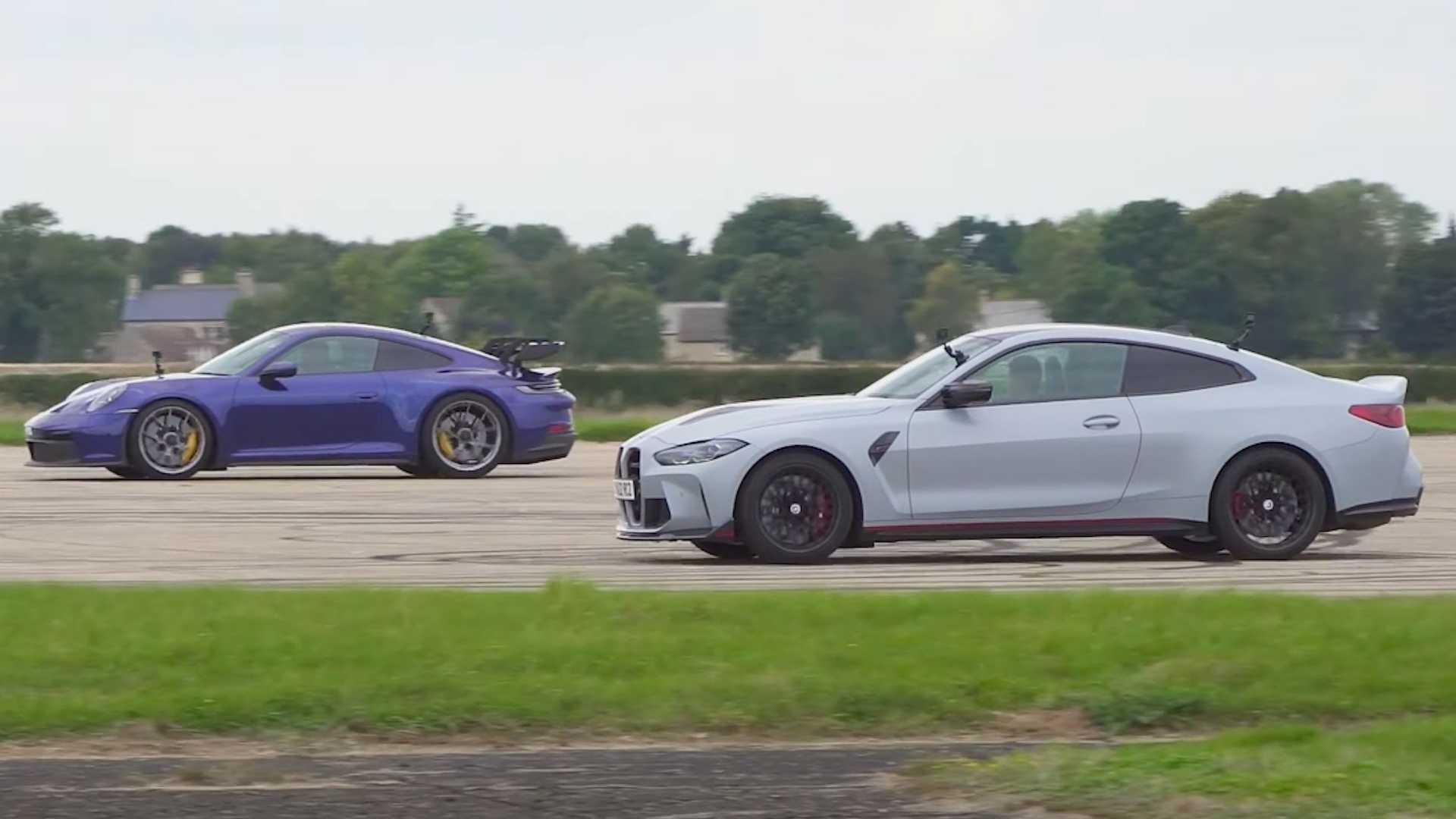 The Porsche 911 GT3 is a powerful, lightweight version of the coupe, but it does pale in comparison to what the BMW M4 CSL can deliver. In a straight-line contest, can the track-oriented 911 GT3 hold a candle against a CSL Bimmer?

Carwow orchestrates a drag race between the two to settle the score, though it seems like launching was the more important factor here. Before you watch the video, let’s go through the numbers first so we have a better view of the comparison between these two European rockets.

The Porsche 911 GT3 is, of course, powered by a naturally aspirated 4.0-liter flat-six engine that puts out 503 horsepower (375 kilowatts) and 347 pound-feet (470 Newton-meters) of torque. It’s way less torquey than the BMW without the benefits of forced induction.

Meanwhile, the BMW M4 CSL is propelled by a twin-turbo 3.0-liter straight-six mill that makes 542 hp (404 kW) and a whopping 479 lb-ft (650 Nm) of pulling power. Based on these numbers alone, we know that the BMW has an advantage, but wait until you see how these cars compare in terms of weight.

Of note, the 911 GT3 was much lighter than the M4 CSL, specifically by 190 kilograms or 419 pounds. This gave the 911 GT3 a definite advantage, especially considering that the M4 CSL was having an issue with launching (it just wasn’t launching properly).

That said, it appears that the less powerful 911 GT3 was a better racer in a straight line, especially when starting from a dig. It was a different story when done with a rolling start, though, and with manual mode. The latter part of the video above showcased the power of the BMW’s boost, along with a brake test between the two.