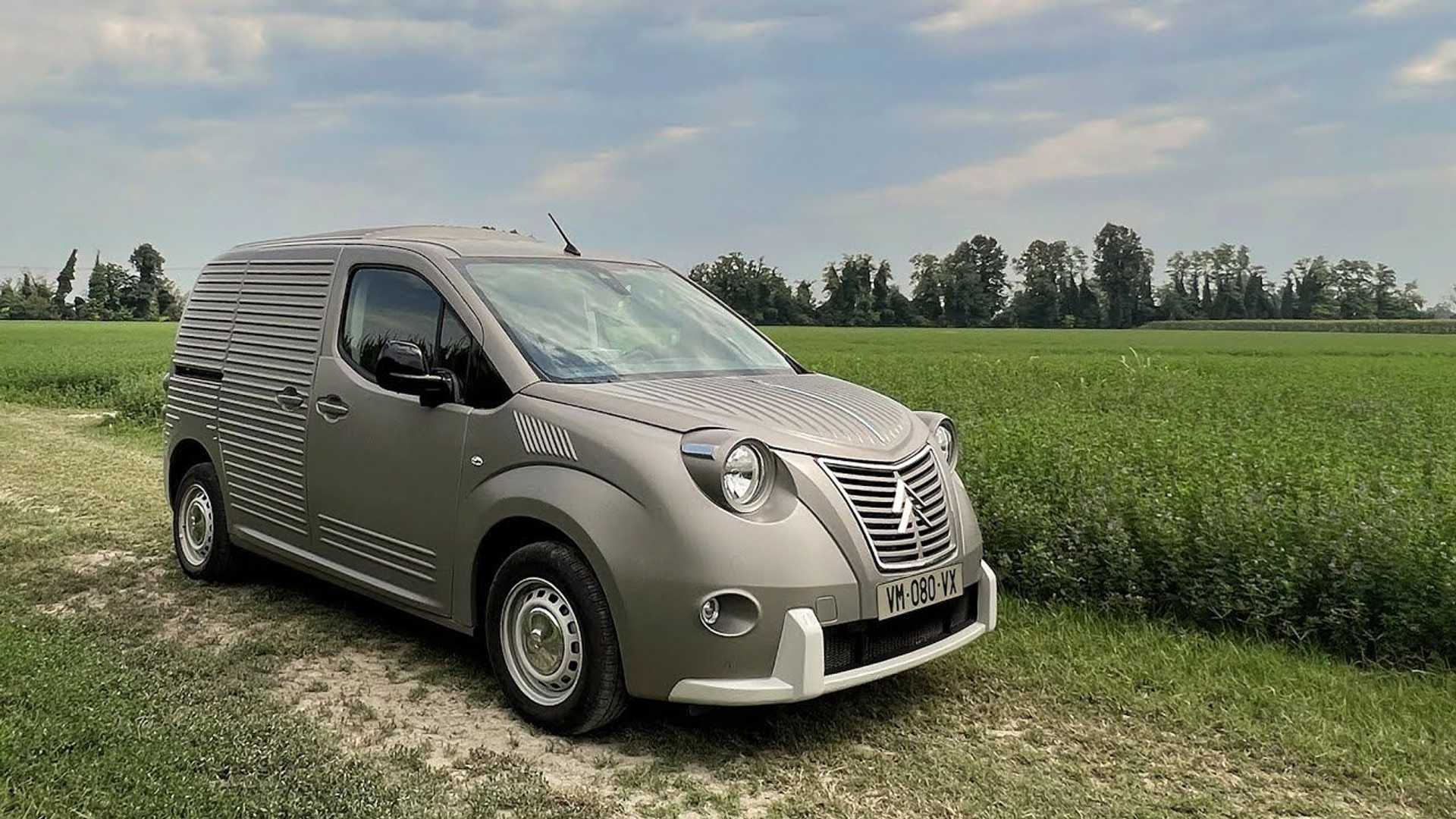 If you love the look of classic vehicles but appreciate the modern amenities of models from today, then check out the new Citroen Berlingo 2CV Fourgonnette. The Italian coachbuilder Caselani creates the fiberglass body kit to give this van a retro appearance. But, the powertrain and tech remain unchanged. Citroen officially licenses the conversion.

The modern Berlingo 2CV Fourgonnette comes from Caselani designer David Obendorfer. He crafts a new grille with an M-shaped outline and chrome Citroen chevrons in the center. The revised hood comes to a point at the tip and has a corrugated pattern on top. Large, round headlights fit into the front of the long fenders.

The corrugated panels along the sides fit on top of the Berlingo’s regular bodywork. On the original 2CV version, this was to add rigidity to the body. In this case, it’s purely aesthetic.

The back has doors with a pair of oval-shaped windows. The new taillights consist of large, stacked circular lamps.

“It was an exciting challenge because the original van had completely different proportions. It had very short front overhang, nice long bonnet and visually stand-alone load compartment, very different features from those of Berlingo. So I focused more on an overall evocative aspect of the original vehicle rather than straining the individual design elements to make them look like the 2CV Fourgonnette,” said Obendorfer.

Caselani offers this body kit for the Berlingo panel van and the passenger-hauling version. Since just the exterior changes, the new look can fit onto any powertrain of the model, including the EV.

The original 2CV Fourgonnette AU debuted in 1951 and various spin-offs of it remained in the lineup until 1987. In that time, Citroen sold around 1.25 million of them, according to the company’s announcement of the new Berlino body kit.

Caselani will start taking orders for the Berlingo 2CV Fourgonnette on October 1. Production will begin in January 2023. The company’s site doesn’t list pricing for them at this time.

The Berlingo 2CV Fourgonnette joins Caselani’s two other retro-themed Citroen vans. In 2020, it introduced the Type HG kit Space Tourer and Jumpy. A Type H transformation arrived for the Jumper in 2017.

‘The Real Love Boat’: Who Is Captain Paolo Arrigo?

Cash Is No Longer Trash, But 6% Yielding Preferred Stocks Are Like Money In The Bank