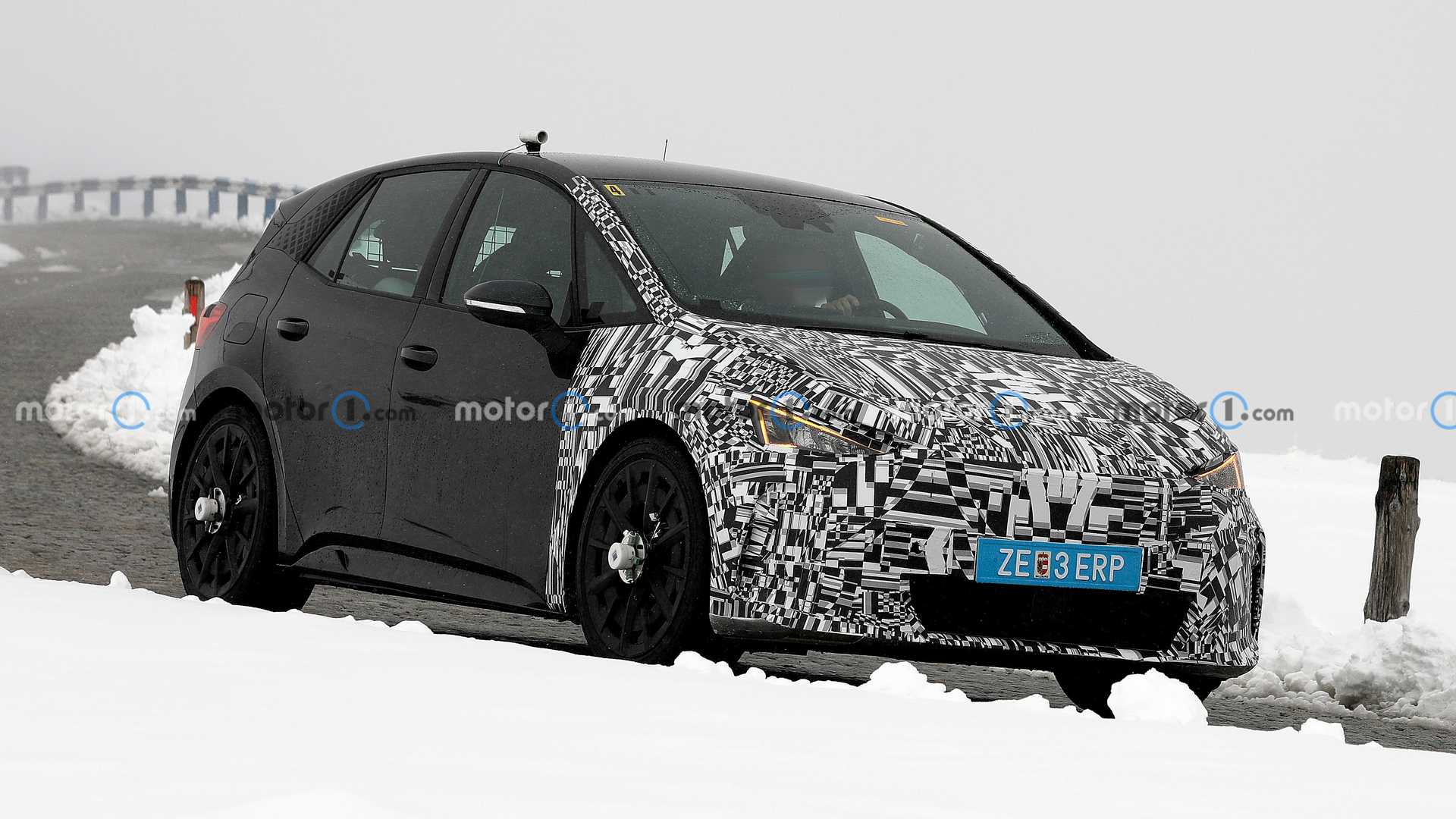 Cupra is slowly but steadily upping its game with more and more products. The automaker proudly said it has already outsold Alfa Romeo and it seems that even more fresh models are on their way to help the firm keep the momentum. This time around, we are not talking about brand new vehicles but about facelifts of existing ones.

There are two galleries attached below. The first one depicts the refreshed Cupra Born, which is Spain’s performance EV based on the Volkswagen ID.3. A prototype of the zero-emissions hot hatch was caught testing in winter conditions and the trial vehicle had some camouflage covering the front end. The Cupra Born is actually a rather fresh product on the market. It made its debut in May last year and we expect only minimal visual tweaks for the front fascia to come with the facelift.

With this prototype, Cupra could actually be testing a dual-motor powertrain. The Spanish firm hasn’t confirmed it is working on an AWD version of the hatchback, though we know Volkswagen is advancing with the ID.3 equipped with two electric motors. Knowing how many components these two cars share, it would make sense for the Born to also receive an all-wheel-drive model.

The second gallery in this article contains shots of the refreshed Cupra Leon. The visual changes this prototype hides are probably slightly more significant than the Born test vehicle with the wagon possibly getting a restyled front end. Just like the electric prototype, the family hauler has testing equipment attached to the wheels. From the A-pillar rearwards, the car looks pretty much like the one you can find in Cupra’s showrooms today.

The facelifted Born and Leon are just two of the new products Cupra is working for. The Spaniards are also putting the finishing touches on the production version of the Tavascan, which is an electric crossover. Cupra sold 79,327 vehicles last year and the plan for 2022 is to double the deliveries. Ultimately, once all new models are on sale, the brand wants to sell 500,000 vehicles a year.