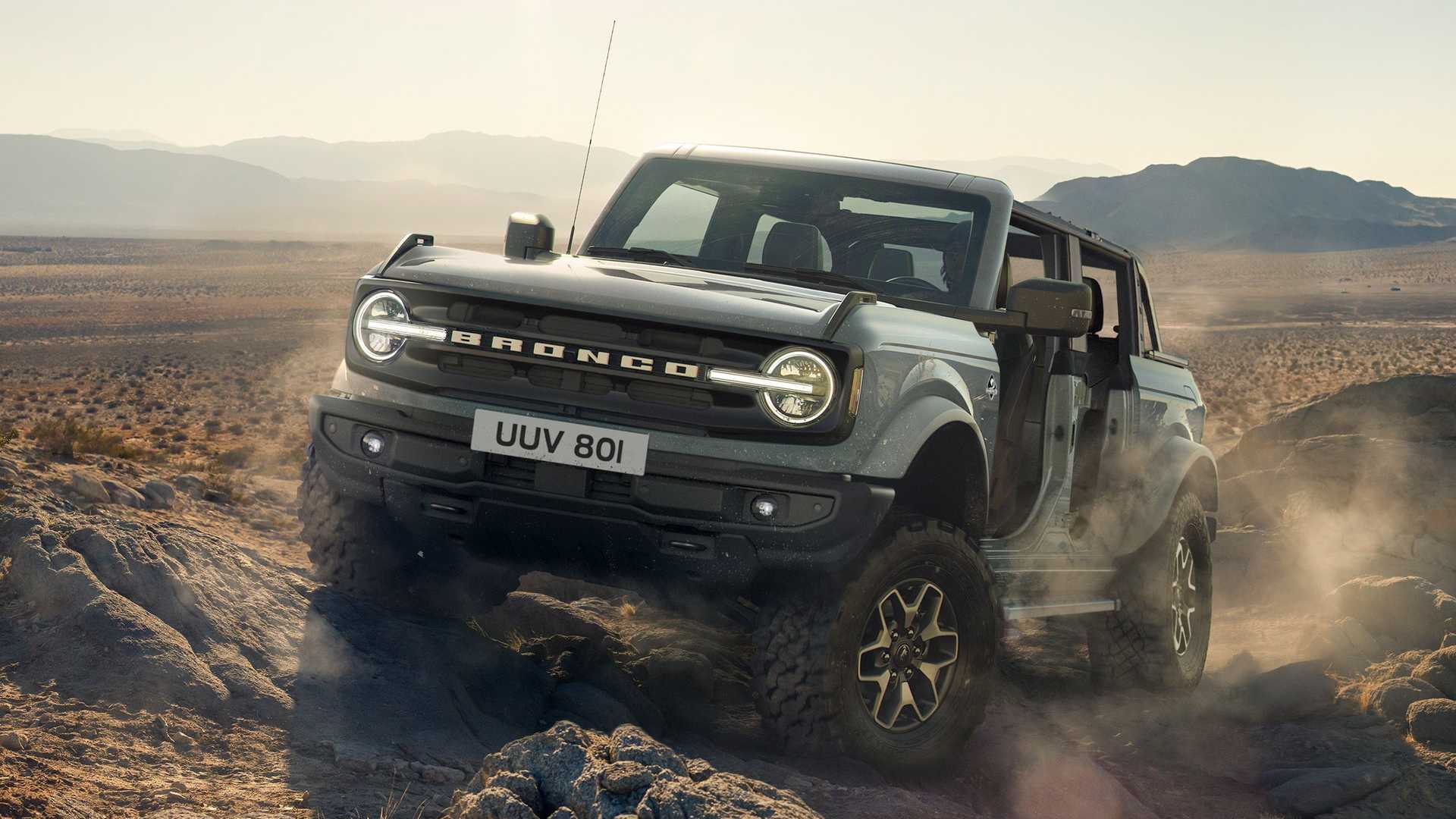 One of Ford’s most recognizable modern products, the resurrected Bronco, is going to be sold officially in Europe. Joining the Mustang and Explorer as models designed and built for the American market also available on the Old continent, the off-roader will hit the automaker’s showrooms on the continent from late next year. This is surely great news for the European off-roaders but there’s some bad news as well.

Unfortunately, the Bronco will be sold in Europe in “strictly limited numbers,” though we don’t know what exactly this means. What we know for sure, however, is that the rugged SUV will be available only in left-hand drive European markets from the third quarter of 2023. The Blue oval company displayed the Bronco during the 2022 Sofia Motor Show last month, fueling speculation about its potential launch on the continent.

“The Bronco is Ford’s toughest and most versatile off-roader, and the new generation fuses the DNA of the original with the latest terrain-handling technologies and a vast range of accessories to create a new off-road icon,” Matthias Tonn, chief engineer, Import Vehicles at Ford of Europe, comments. “Following the huge success of the new Bronco in the US, we are thrilled to be bringing some of the spirit of adventure to our customers in Europe.”

Ford is not ready to reveal any technical details surrounding the Euro-spec Bronco. The manufacturer only says it will be sold exclusively as a four-door vehicle but there’s no information regarding the trim levels and prices. It is known, however, that the standard equipment will include goodies such as Bang & Olufsen premium audio system with 10 speakers and a subwoofer, a 360-degree camera, and a 12-inch screen for the infotainment system with Apple CarPlay and Android Auto compatibility, and others.

Ford also promises a wide choice of accessories for the Bronco will be available. These include enhanced lighting systems, a rear tent, roof tent, side awning, roof rails, and dedicated carriers for skis, bicycles, and roof boxes.

Gas prices dip below $4 per gallon for first time since March, but still