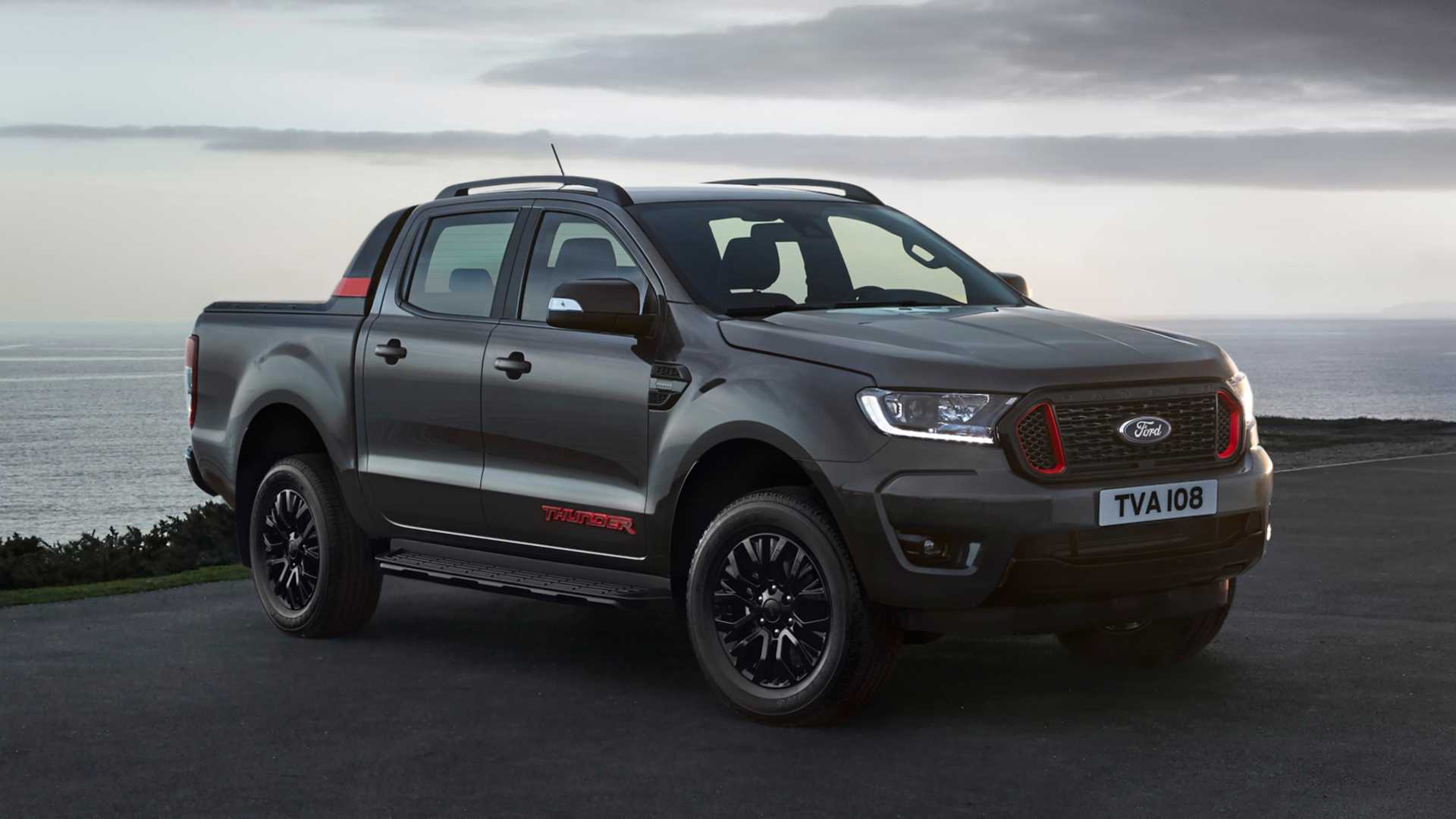 Ford already has the F-150 Lightning, but what about a Thunder variant? That could be in the works according to trademark filings in Canada. And it may not stop with Ford’s fullsize pickup truck.

The Dearborn-based company actually filed three trademarks for the Thunder name. You guessed it – there’s one for each truck Ford currently offers. That means an F-150 Thunder, Maverick Thunder, and Ranger Thunder could be coming soon.

If the Ranger Thunder sounds familiar, it’s because Ford already made one. It was available as a limited-edition model for the European market back in 2020, with 4,500 units sold all total. A cross between a Ranger Raptor and Ranger Wildtrak, the Thunder offered the Raptor’s twin-turbocharged 2.0-liter diesel four-cylinder engine with styling cues from the aggressive Wildtrak. A gray exterior with black and red trim set the Ranger Thunder apart from the rest, and of course it was adorned with Thunder logos. An ebony interior with red contrast stitching and more Thunder branding completed the package.

At this point, we only have trademark filings and for now, they are only listed with Canada. Automakers often file trademarks for various names and brands simply to protect them for possible future use, and that could certainly be the case here. However, with Ford previously offering a Ranger Thunder, there’s a bit more credence to something actually happening with these trims.

Based on that, a Maverick Thunder could be a beefier version of the small truck aimed at off-roading. That would be something new in the Maverick world, but things aren’t as simple with the F-150. Ford already offers multiple F-Series trim levels with a rugged ambiance, so where would an F-150 Thunder fit in the lineup? Should Dearborn executive see fit to create an off-road version of the electric Lightning, Thunder could be the perfect match. But only for Canada?

For now, we’ll keep an eye on Blue Oval trademarks to see if Thunder shows up anywhere else.