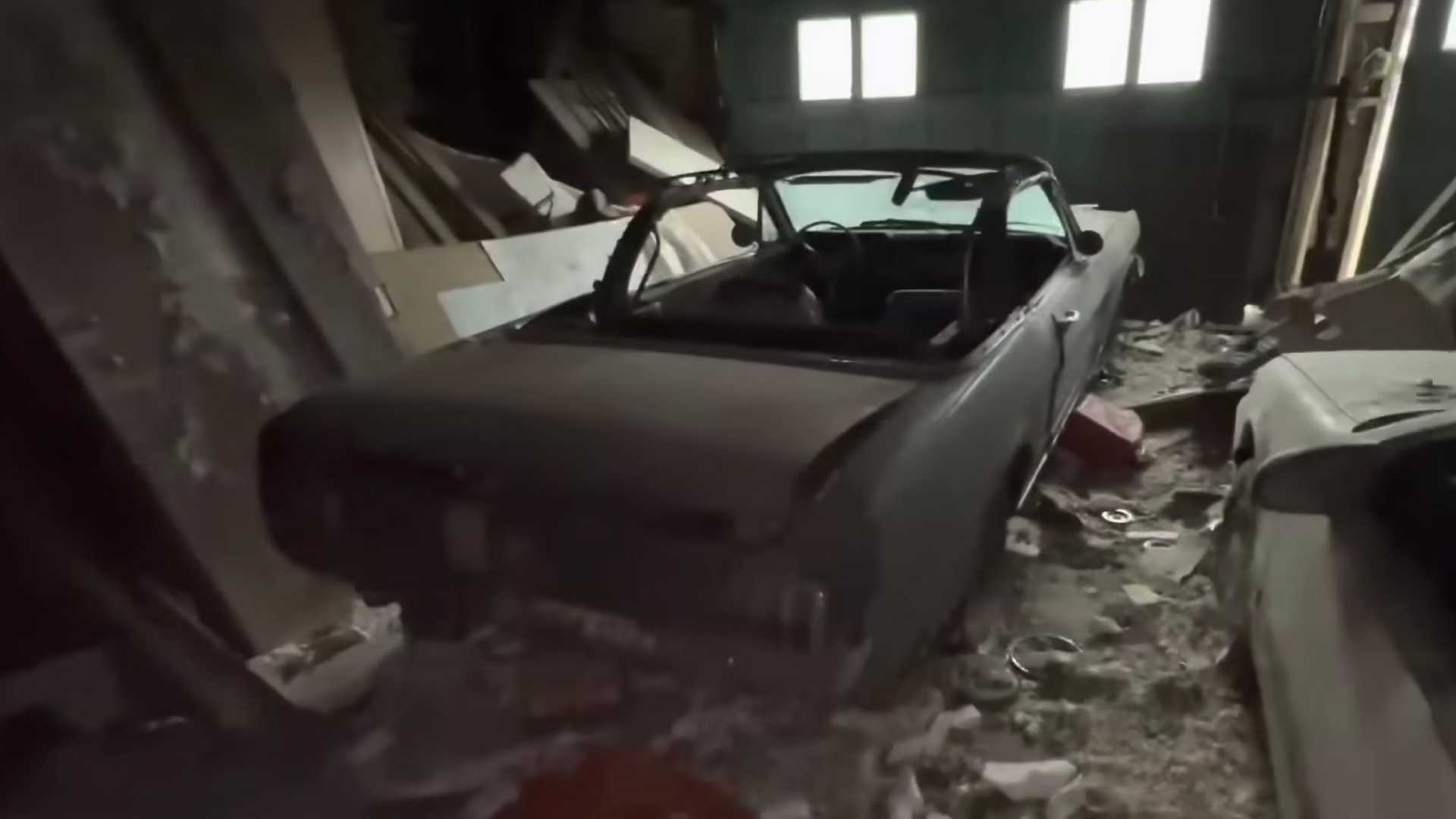 There’s a niche on YouTube of videos from people exploring abandoned buildings. However, it’s uncommon for someone to stumble upon an empty barn that is full of forgotten cars. In this clip, Ethan Minnie uncovers a collection of decrepit Ford Mustangs, in addition to a few other interesting vehicles.

According to the video’s title, this collection belonged to someone who won the lottery in the 1980s and later went bankrupt. Judging by the vehicles, this person had a preference for Fords and Mercurys but wasn’t against owning a few GM products, either.

As soon as Minnie walks into the barn, he immediately discovers several cars. The first one he sees is a seventh-generation Mercury Cougar from the early 1990s. Unfortunately, people already damaged quite a few of the vehicles by breaking windows and spray painting them.

A 1980 Chevrolet Camaro is next to the Cougar. The owner’s manual is even still in the glove box.

Ahead of the Camaro, there’s a 1960s Ford Mustang Convertible. It’s in the worse condition of any vehicle in the building. With no roof in place, water and debris have been able to fall into the exposed interior.

A first-gen Ford Falcon from the early ’60s is in the back corner. All of the glass is intact, and there’s no sign of rust. It looks like the car might clean up nicely.

The next room is a Fox body Mustang fan’s dream, or perhaps a nightmare because of the cars’ condition. They’re all from before the 1987 model year refresh where the front end becomes smoother.

A pair of ’60s Mustangs are in a corner. They’re both in rough shape and have lots of missing parts.

A Chevy Caprice wagon from the late ’80s takes up the center of the room.

There’s still one more room to visit. An early ’80s Cadillac Seville is against one wall, and other than a broken window, it seems to be in good condition. A mid-’60s Ford Galaxie convertible is in rougher shape. A Fox body Mercury Capri and a ’60s Mustang round out the collection.

Just because a building is abandoned, doesn’t mean no one owns it. The video offers no clues about anyone cares about these forgotten cars.