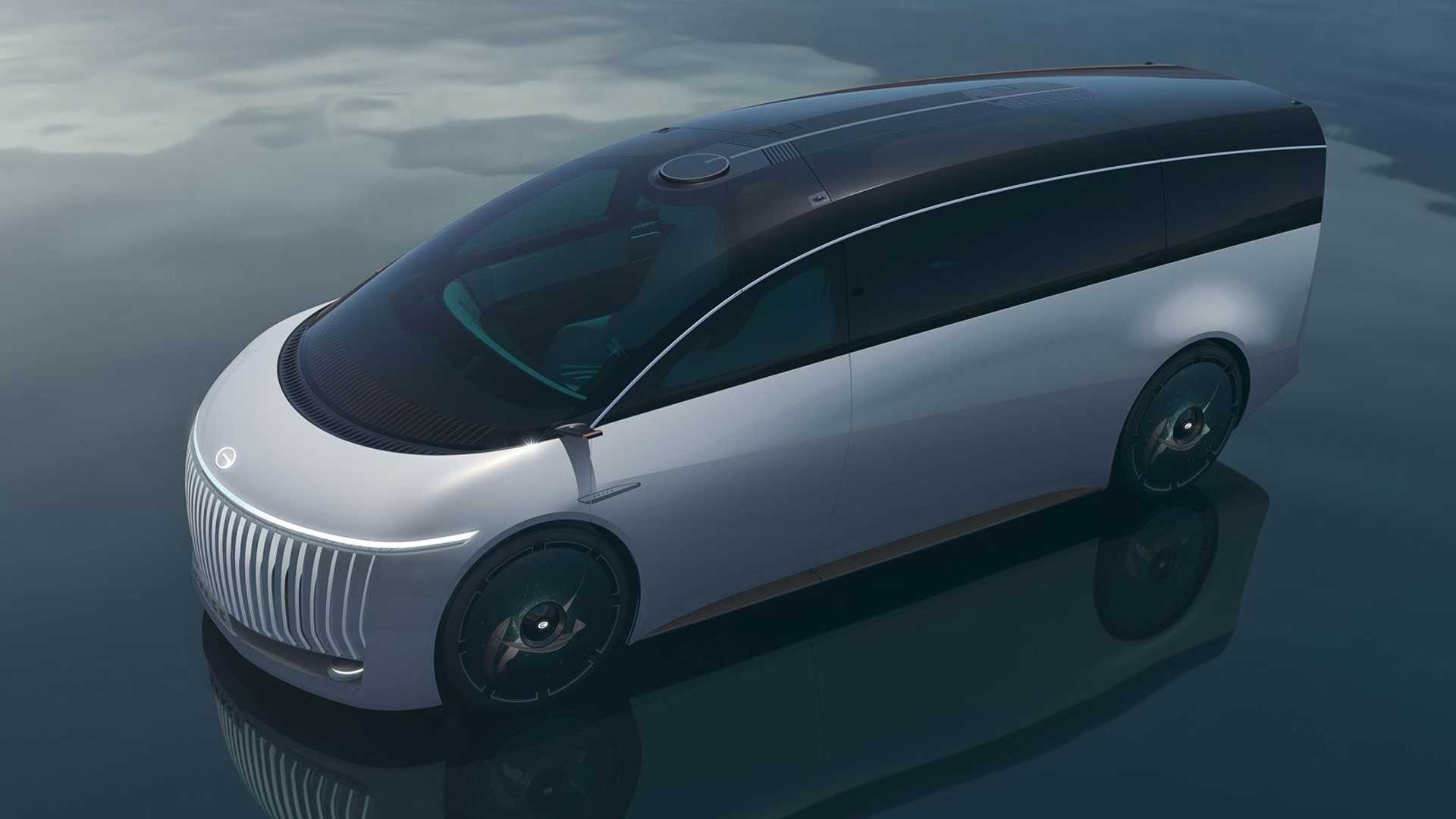 Folks, the inevitable has happened. China’s Guangzhou Automobile Group (GAC) has taken the wraps off the Space concept featuring an all-grille front fascia. Even bigger than BMW’s kidneys, Audi’s Singleframe grille, or Lexus’ spindle grille, the giant vertical bars give the avant-garde van a bit of a Transformers vibe. Because it wasn’t obvious enough, the front grille is illuminated and there’s an even wider LED light bar above it as well.

Beyond the imposing front fascia, the GAC Space has a giant gullwing door and an enormous tailgate. The latter opens when Tea Time Lounge is activated to make room for an electrically deployable sofa to take tailgating to a whole new level of luxury that the Cullinan can only dream of. Being only a concept, it does away with pesky B-pillars to make it extremely easy to access the lounge-like cabin with its minimalist design.

Having been engineered with Level 4 autonomy in mind, the GAC Space largely takes the “burden” off drivers by doing all the hard work in most scenarios without any manual input. When the advanced self-driving system is turned on, the yoke-like steering wheel automatically retracts. Doing so frees up more room inside an already spacious cabin featuring an L-shaped sofa and two individual seats that swivel.

At the heart of the bold concept is a fuel cell powertrain good for over 180 horsepower and 258 pound-feet (350 Newton-meters) of torque. With the hydrogen tank full, the GAC Space can cover as much as 403 miles (650 kilometers) before running out of juice. A full refill takes anywhere between three to five minutes, so comparable to a regular car powered by a combustion engine.

During the GAC Tech at the company’s R&D center, the Chinese automaker also presented a 1.5-liter combustion engine developed to run on hydrogen. This technology is not new since Toyota has been experimenting with a similar setup in GR Yaris and Corolla prototypes. However, it’s too soon to say whether this will evolve into a true savior of the ICE once fossil fuels will be outlawed. The same can be said about the synthetic fuels Porsche is working on.