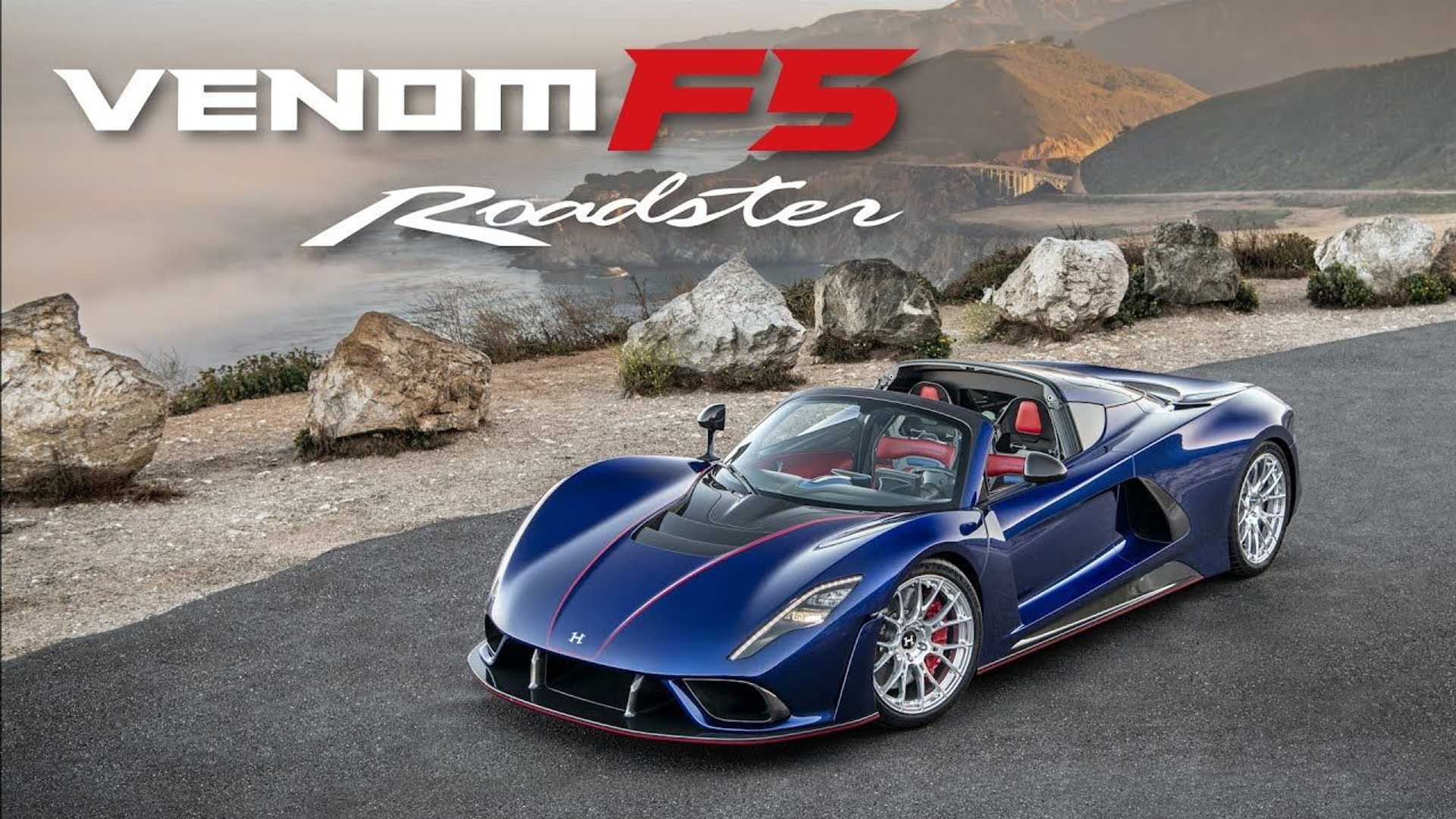 Texas-based Hennessey is about to blow the roof off the Venom F5 to give it unlimited headroom for a Roadster version. To make a presence at The Quail, the roofless hypercar will serve as a replacement for the Venom GT Spyder. Much like its predecessor, it’s going to have a removable top, allowing owners to take off the panels and enjoy the weather while hearing more of that sweet-sounding V8.

Aside from publishing a revealing image for the livestream, Hennessey confirms the Venom F5 Roadster will inherit the twin-turbo 6.6-liter “Fury” engine from the coupe. The American tuner claims it’ll be the most powerful roadster of them all by packing an astounding 1,817 hp. It should have the same immense torque of 1,193 pound-feet (1,617 Newton-meters) coming from an engine loosely based on an LS V8.

Chances are the gearbox will be identical as well, meaning a seven-speed, single-clutch semi-automatic with paddle shifters will route the massive output only to the rear wheels. We’re curious to learn how much it weighs compared to the coupe, which tips the scales at only 1,360 kilograms (2,998 pounds). One of the reasons it’s so lightweight has to do with a glaring omission since the Venom F5 lacks airbags.

Hennessy is making only 24 Venom coupes and these have been long sold out. We’re expecting the Roadster to be exclusive as well and won’t be too surprised if it’s going to cost more than the $2.1-million coupe.

Sooner or later, we can only imagine the Spyder will attempt to exceed the 265.6 mph (427.4 km/h) reached by the Venom GT Spyder in March 2016 when it beat the Bugatti Veyron Super Sport Vitesse by 11 mph. However, the first task is to smash the 300-mph barrier with the coupe. Ideally, it’ll be the average velocity of two runs in opposite directions instead of just one, which was the case with the 304-mph Chiron Super Sport 300+.