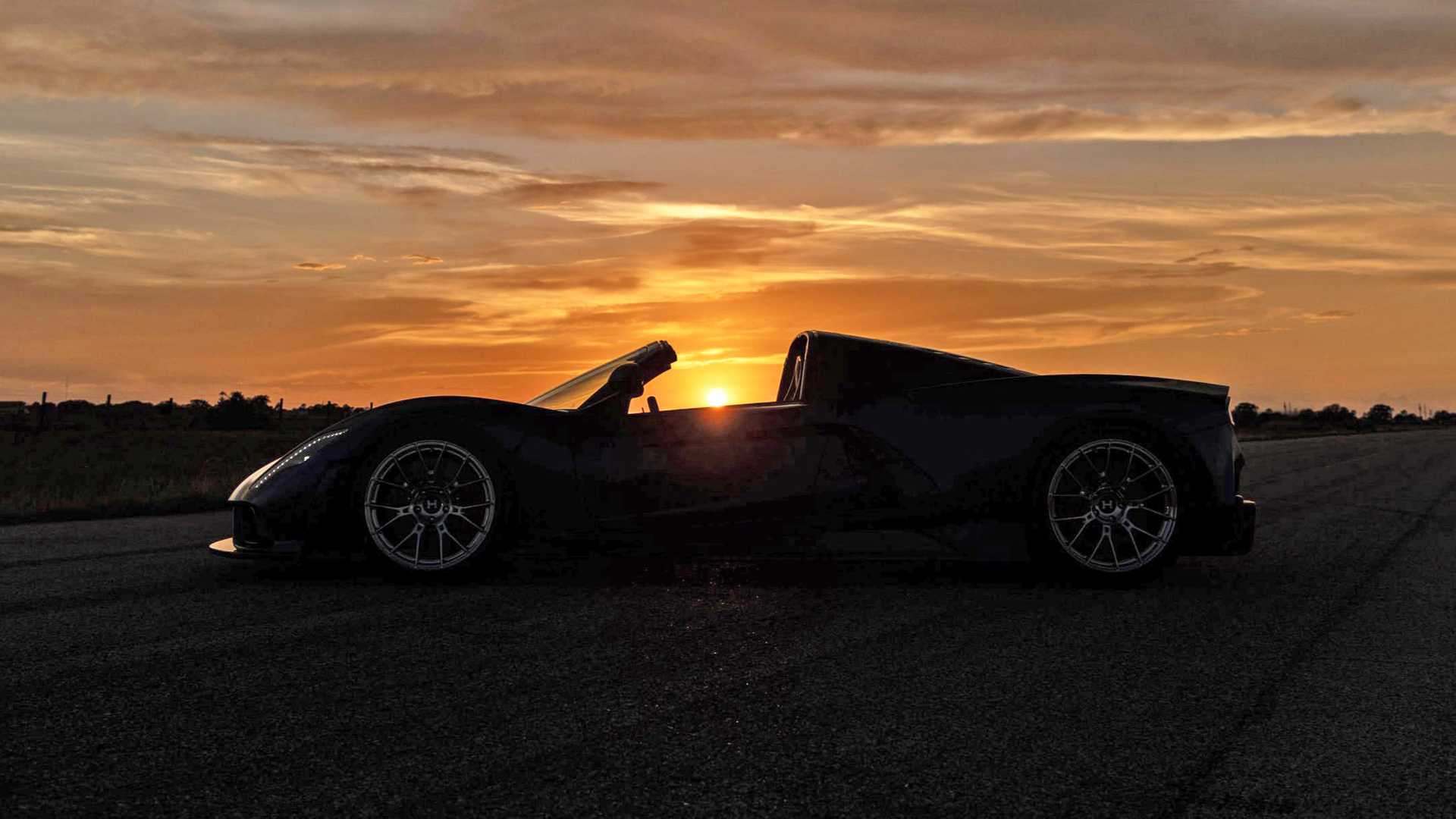 Hennessey Performance almost made its August 9 timeframe for debuting the roofless Venom F5. Back in April, the Texas-based shop announced the F5 Roadster’s global premiere would take place today, followed by a public debut at The Quail during Monterey Car Week. It now seems the premiere and public presentation will be one and the same, though we do have a nice teaser image to hold us over. Maybe that was Hennessey’s plan all along.

Either way, it’s cool. After adjusting some light levels on the teaser image, we get a pretty good idea of what to expect when the F5 Roadster takes the spotlight. To no real surprise, it looks like the normal version with the roof lifted away. Of course, there’s absolutely nothing normal about the Venom F5 – lest you forget, it packs a twin-turbocharged 6.6-liter V8 producing 1,817 horsepower and it all goes to the rear wheels. Hennessey projects the F5 will exceed 300 mph, and though we haven’t seen it hit that benchmark yet, it’s getting pretty darned close.

Hennessey has already confirmed the Venom F5 Roadster will pack the same engine with the same prolific output. Managing such power is a daunting task in something with a roof, so it will be interesting to see what changes are made to the Roadster’s carbon-fiber monocoque chassis. Normally, lopping off the roof lowers a vehicle’s structural rigidity, which then requires reinforcement to strengthen it back up, adding weight in the process. But again, the F5 isn’t a normal machine.

It will also be interesting to see if the Roadster comes with a 300-mph estimated top speed. Hennessey’s teaser promises “wind-in-your-hair-thrills” but if we’re honest, such velocities in an open cockpit might simply remove hair. If it does, we hope Hennessey at least has the foresight to make that part of the F5 Roadster’s marketing campaign.

Our questions will be answered on August 19, with the Roadster’s official debut at The Quail. In the meantime, dive into more supercar content with Motor1.com editors discussing the best cars of 2022 so far in a special episode of Rambling About Cars, available below.