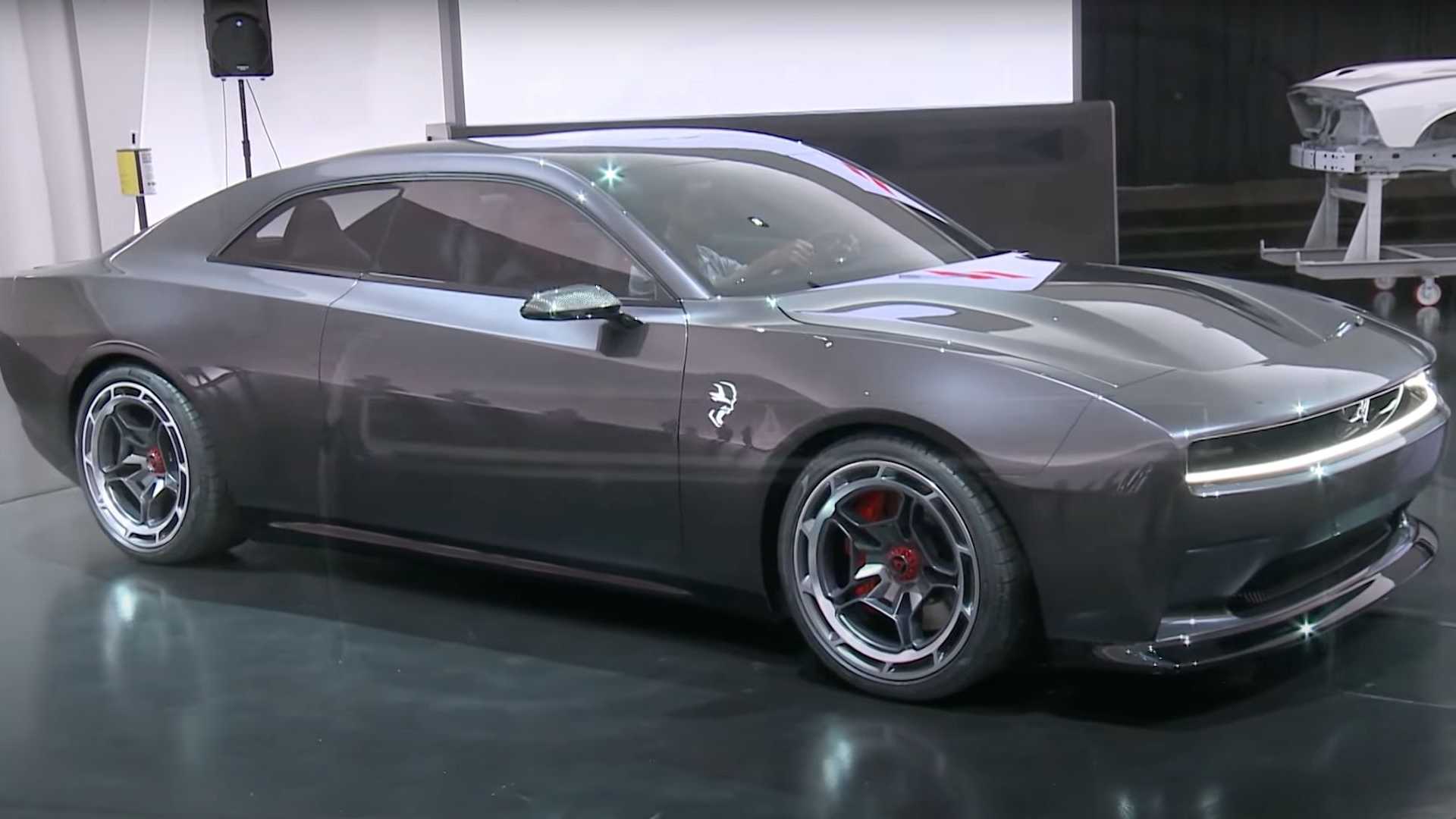 Dodge has previewed an electric Charger, and yes we’ll be hearing that pun for days (or weeks). But really, what we would like to hear at this time is what the unsilent electric vehicle concept sounds like.

Introduced a few hours ago, the Dodge Charger Daytona Concept EV is the preview of the automaker’s future electric performance. Despite being powered by electric motors, the concept comes with a Fratzonic Chambered Exhaust system that’s supposed to produce a sound.

Thankfully, Stellantis didn’t waste time and released a video of the Charger Daytona Concept EV, which includes running footage. We embedded the video atop this page.

From the video, the Fratzonic EV exhaust makes a familiar sound – it sounds like KITT from Knight Rider but more robust and angrier. We’re not sure if it’s the EV’s idling sound but there’s a deep atmospheric noise during the running footage.

Dodge hasn’t detailed how the Fratzonic Chambered Exhaust system works at this time. However, the automaker said that it should produce an exhaust noise of up to 126 dB, which should be as loud as when you open the throttle of a Hellcat V8. After all, Dodge describes it as “truly deafening” and a muscle car that will make “a sound that you can’t imagine.”

As for performance, Dodge hasn’t shared any definite figures but claims that the electric concept is faster than the outgoing Hellcat. The details of the Banshee powertrain are also under wraps, so we still can’t make any comparison just yet.

One thing’s for sure, though. Whatever Dodge is cooking with its electric performance future, it will be different from the current roster of EVs on sale right now. Looking deliciously retro on the outside is just a bonus, which makes us wish that most of the elements from the concept reach production.