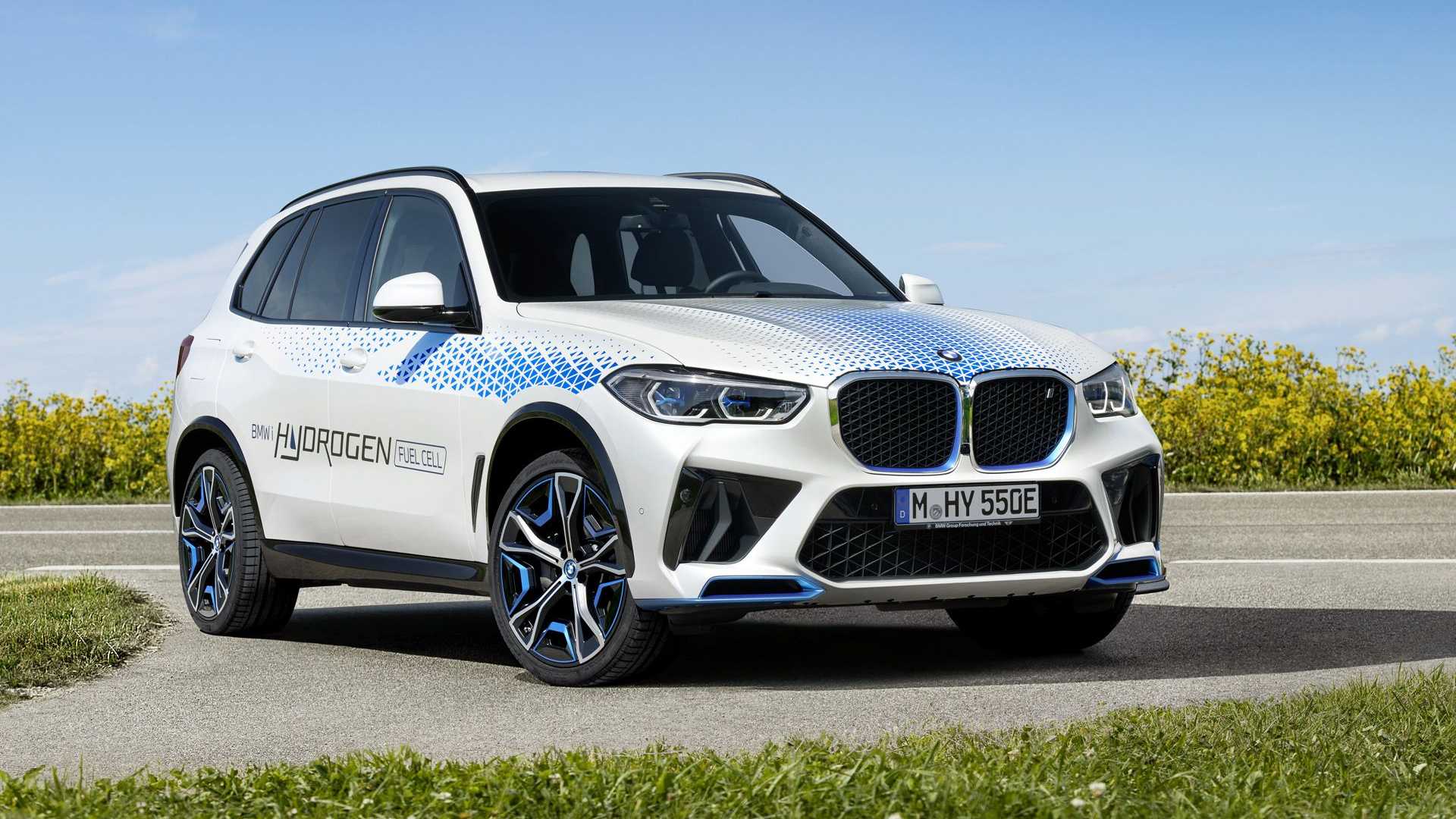 If you ask Thomas Hofmann, a project manager for BMW’s hydrogen fuel cell program, what he’d like to see in a not-too-distant future where personal transportation involves no tailpipe emissions, it’s choices.

Most of the cars of tomorrow will be powered by batteries, Hofmann said. But he wants to see hydrogen fuel cell vehicles available to those who want them.

“I expect that we will not be the mainstream,” Hofmann said in an interview with InsideEVs in Munich last week during a media briefing on BMW’s future powertrain technologies. “But we talk about a percentage of our electric portfolio here… the customer should have the power of choice.”

Even as batteries increasingly look to become the dominant means of vehicle power in the coming decades, and even as BMW itself appears to finally get serious about the EV space, the German company remains one of the few automakers still investing in hydrogen power.

Having said all that, don’t expect to see the iX5 Hydrogen keeping RJ Scaringe awake at night and pondering whether the next Rivian truck needs space for a tank of hydrogen or not. This SUV will just be released as a “technology demonstrator” in limited markets starting next spring, a kind of rolling R&D project in the hands of select individuals.

So why is BMW – a powerhouse in luxury car sales, but one with a much smaller parent company than rivals like Audi at the Volkswagen Group or Mercedes-Benz – committing its not-unlimited resources to this power source?

Hofmann said BMW sees enough upsides today with hydrogen fuel cell technology to envision a future where it’s one component, but probably not the primary component, of emissions-free mobility and the company’s own carbon neutrality goals.

He added that the perceived benefits include fewer raw materials being needed for fuel cell production, far quicker refueling times for drivers who may be frustrated by EV charging times, the ease of long-distance hydrogen transportation via pipelines, and for Europe (and Germany in particular) it’s a cheap, renewable fuel source available for import.

“We are convinced now the race is already starting” to have expertise and business by the end of the decade, Hofmann said, describing this process as “survival of the fittest.” And it’s a race BMW wants to be a market leader in if things start to tilt that way.

“Maybe it gives us options to reach some customers when they need this mobility requirement,” Hofmann said. He added that if customers have few good EV charging options around, or don’t want to deal with potentially lengthy battery charging times, they may say, “Oh, BMW offers me this option.”

But this plan is not without considerable obstacles. On paper, hydrogen fuel cells seem like an easy, almost seamless replacement for fossil fuels. They’re EVs, but with a motor driven by electricity created from a process that involves compressed hydrogen – the most abundant element in the universe – and refueled at filling stations much like gasoline or diesel cars. No charging times, no range anxiety, and the only emissions are water droplets as hydrogen atoms are separated and combined with oxygen.

Plus, BMW has been working on this for a long time. It started researching hydrogen in the late 1970s and has released, albeit in small batches and in select markets, hydrogen-powered vehicles here and there since the late 1990s. (Unlike the new iX5 Hydrogen, however, those older cars actually ran hydrogen fuel inside internal combustion engines; BMW’s newer fuel cell offerings are electric vehicles.)

A BMW spokesman declined to provide budget numbers on the automaker’s hydrogen fuel cell R&D program, but did say it is “a drop in the bucket” when compared to battery EVs.

Despite decades of development, however, battery EVs have supplanted hydrogen as the most plausible power source for the post-petroleum future, and are overwhelmingly where automakers, startups, and governments are investing resources. Hydrogen cars are still expensive to produce and dependent on a fueling infrastructure that lags far behind that of EV charging – which itself is already woefully inadequate. And the requirements around transporting compressed hydrogen fuel to filling stations can yield a higher carbon footprint than battery EVs.

Perhaps more crucially, China, the world’s largest car market and a driver of regulations that shape the entire automotive world, is pushing for battery EV dominance. As goes China, so goes the rest of the world.

Hofmann said the automaker’s goal is to be able to build hydrogen fuel cell vehicles on the same line as battery EVs to reduce costs, which is in the spirit of what BMW has already done with its modern CLAR platform: vehicles that can be assembled with diesel, gasoline, hybrid or EV powertrains depending on market conditions and customer demand.

“Fuel cells don’t require any critical raw materials such as cobalt, lithium, or nickel either, so by investing in this type of drive system we are also strengthening the geopolitical resilience of the BMW Group,” Frank Weber, the BMW Group’s board member in charge of development, said in a news release. “Our BMW iX5 Hydrogen test fleet will allow us to gain new and valuable insights, enabling us to present customers with an attractive product range once the hydrogen economy becomes a widespread reality.”

The word once is doing a lot of heavy lifting in that last sentence. Hydrogen refueling stations for passenger vehicles remain extremely scarce; only 80 exist in the United States, according to BMW’s own data, and almost all of them are in California. Europe and the Middle East together have about 230, while Asia is the current leader – primarily thanks to Japan’s more than 160 stations.

That’s why Toyota remains the arguable leader in hydrogen fuel cell development, to the point where the company received criticism for reportedly lobbying against battery electric vehicles in the U.S. Honda also hasn’t fully given up on this front, recently announcing a hydrogen CR-V for 2024. And South Korean Hyundai continues to invest in this direction too, selling the Nexo fuel-cell crossover in California.

Finally, BMW may not have a European monopoly on fuel cell vehicle development for much longer. In November, Volkswagen and the German company Kraftwerk Group announced the development of a new fuel cell that could yield more than 1,200 miles of range.

So while it’s hard to envision a near future where fuel cells somehow become the dominant means of powering passenger vehicles, car companies still do see enough potential to hedge their bets just a little, as BMW is doing.

“Here, we see a good opportunity not to stand only on one leg when you talk about zero-emission mobility,” Hofmann said.