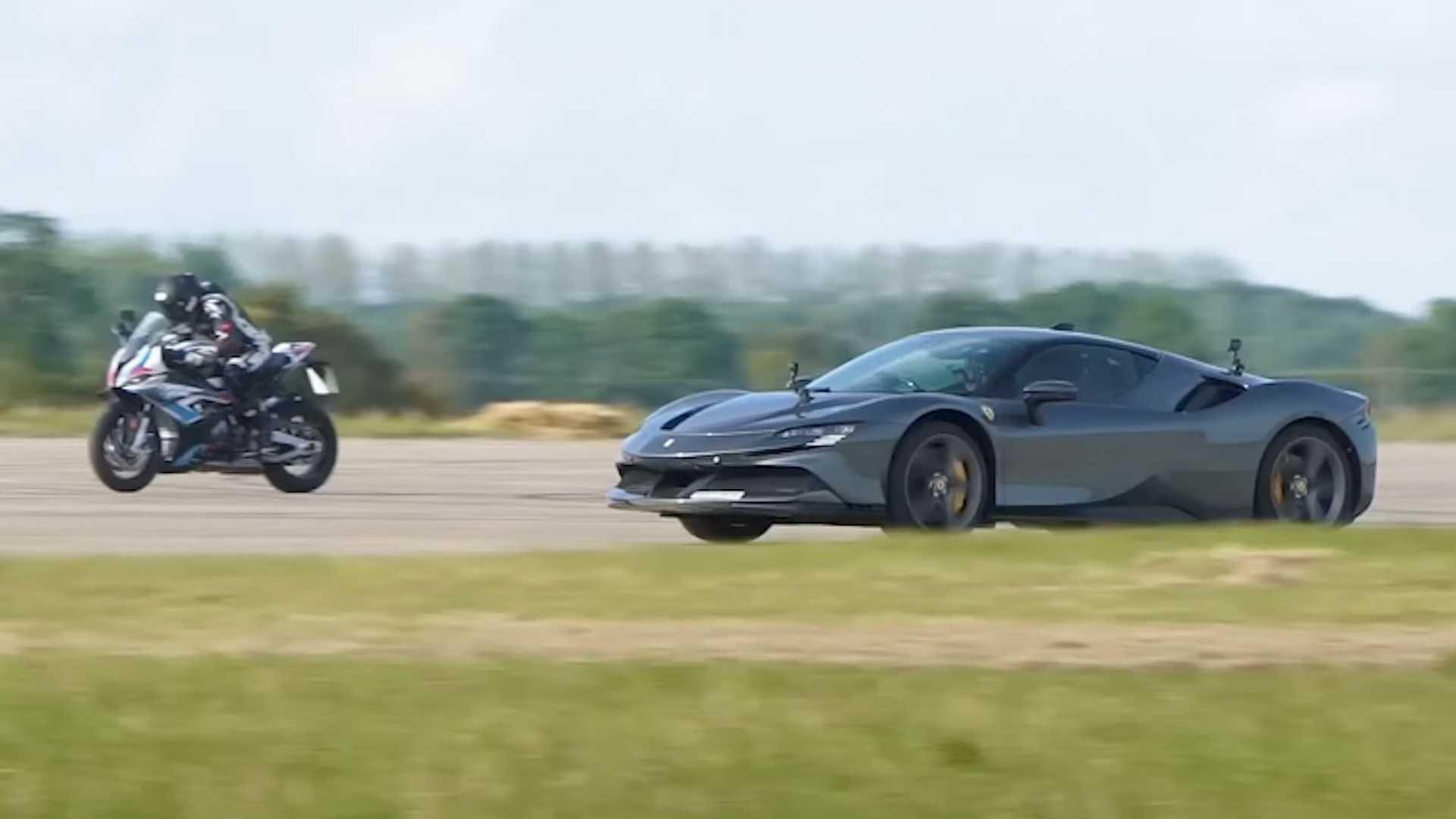 Here we have a battle of winners: the BMW M 1000 RR superbike and the Ferrari SF90 Stradale hypercar.

We’ve seen the BMW M 1000 RR completely obliterate a BMW M5 CS before in a Bimmer vs Beamer matchup, completing the quarter mile in just 10.3 seconds. On the other hand, the Ferrari SF90 Stradale faced a drag race champion in the form of a Porsche 911 Turbo S, and came home a winner.

These two speed machines are undeniably quick but between them, which is quicker in a drag race? Of course, Carwow pitted the two at a runway for the publication’s usual weekend drag race special to settle the score.

Of note, the BMW M 1000 RR is a superbike homologated for racing. It packs up to 212 horsepower (158 kilowatts) and 83 pound-feet (113 Newton-meters) of torque coming from its 999cc inline-four engine. Without the rider, the bike only weighs 423 pounds (192 kilograms). And since this isn’t the 2023 model M 1000 RR, it doesn’t come with longer and lighter Pankl titanium connecting rods.

Despite weighing relatively light at 3,461 lbs (1,570 kg) for a huge vehicle, the SF90 is astronomically heavier than the bike. Is this a disadvantage? Well, apparently not.

The video above showed the SF90 completing the quarter mile in just 9.6 seconds, while the M 1000 RR finished the sprint in 10 seconds at best. In three rounds of sprints, the gaps between the two weren’t even close. But that doesn’t mean the M 1000 RR came home empty-handed.

Apparently, the M 1000 RR still has a major advantage against the SF90. The video above should show you.