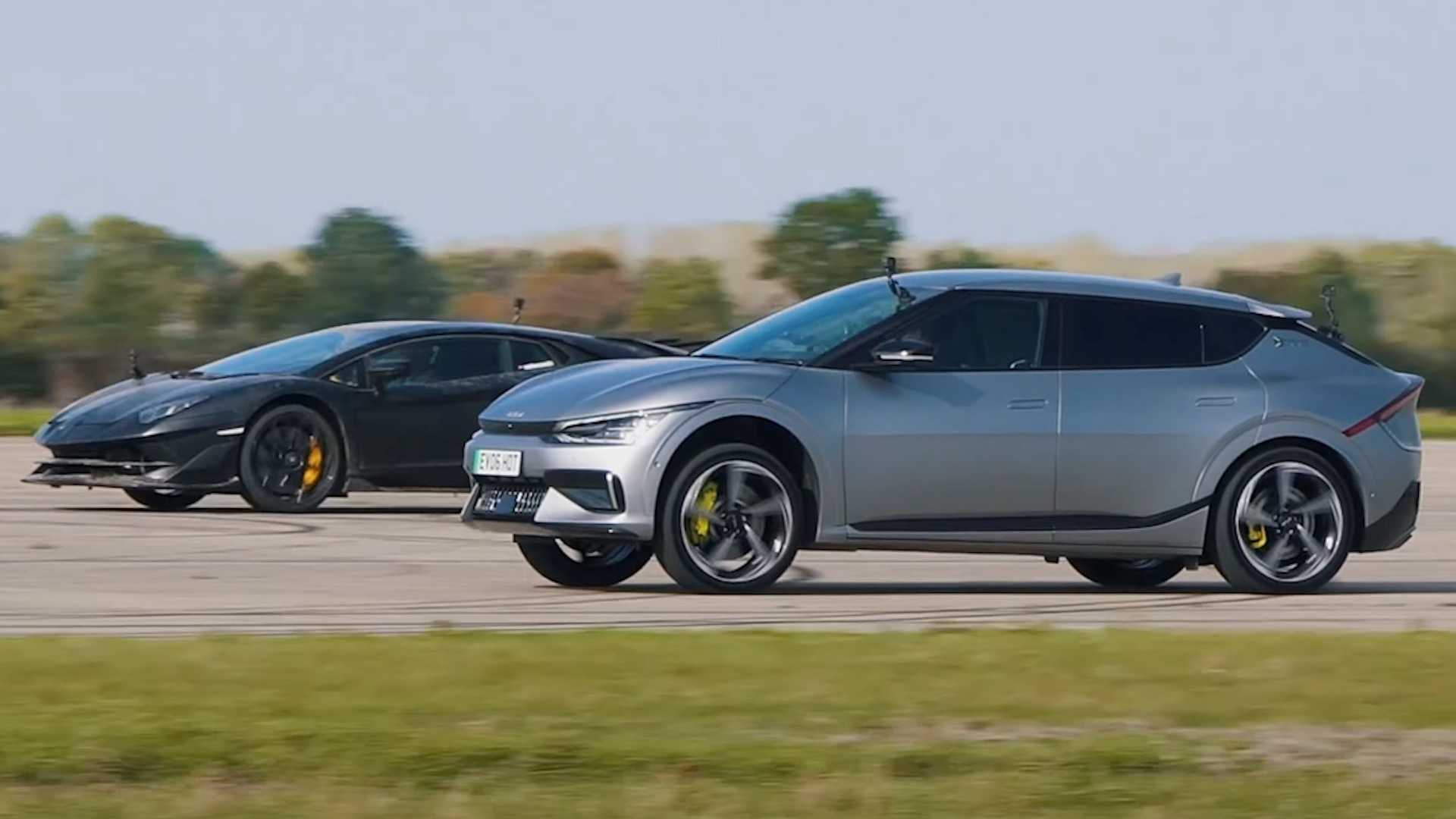 A decade ago, a conversation about fast cars wouldn’t mention a Kia straight from a showroom. But with electrification taking its course, times have already changed and we’re now in an era when a Kia isn’t actually far behind a Lamborghini in terms of straight-line speed.

In Carwow‘s latest video, the recently launched Kia EV6 GT matches up against a Lamborghini Aventador SVJ for a straight-line contest. While you might scoff at the idea of a humble electric crossover, and a Kia at that, going up against V12 power, you’d be surprised to know that the Korean car actually has more torque than the Italian supercar.

Powering the EV6 GT is an ensemble of two electric motors, producing up to 577 horsepower (430 kilowatts) and 546 pound-feet (740 Newton-meters) of torque. In comparison, the Aventador Super Veloce Jota produces more ponies from the naturally aspirated V12 at 759 hp (566 kW) but slightly down on pulling power at 531 lb-ft (720 Nm). Both are driven on all four corners.

Of note, the Kia was significantly heavier than the Lambo, but that didn’t matter right off the line. In the video, the EV6 GT was seen pulling a good launch against the Aventador SVJ. The supercar still beat the EV, though, which merited another round.

For the second round of drag race, Mat Watson came back with a different-looking “Kia.” It was actually an Audi RS E-Tron GT, which tried to beat the Aventador SVJ but failed in a decent manner.

That isn’t the surprising part, though. While the Aventador SVJ completed the quarter mile in 10.9 seconds in the video, the RS E-Tron GT was close behind at 11.2 seconds. However, the Kia EV6 GT was also not too far behind at 11.9 seconds.

So yes, we now live in a time when a Kia is only a full second slower than a Lamborghini. Let us know your thoughts in the comments section below.