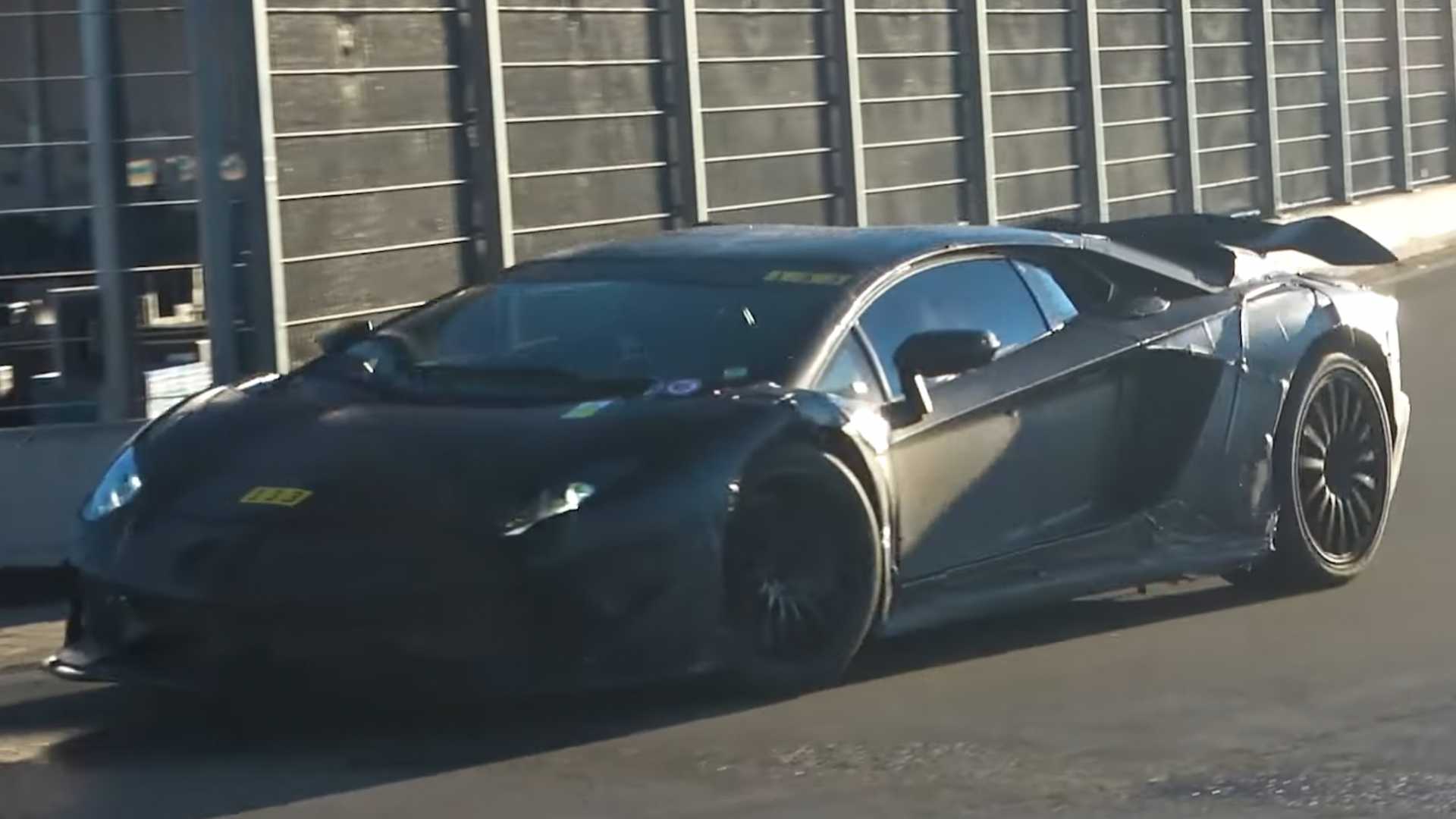 The Lamborghini Aventador is about to say goodbye. The automaker confirmed in 2021 that the Ultimae would be the last hurrah for the brand’s naturally aspirated V12 engine. The company is already working on the Aventador’s replacement, and a new video captures a partially camouflaged example out testing.

Lamborghini CEO Stephan Winkelmann confirmed earlier this month that the car would feature an electrified V12. Spy shots have also revealed the car’s plug-in powertrain. Last week’s new interior photos revealed the car’s digital instrument display showing the prototype in “hybrid” mode. It’ll have an all-electric mode, too, with the V12 coming with an 8,500-rpm redline.

The new video from the Varryx YouTube channel isn’t as revealing as those images, but the yellow high-voltage stickers on the car’s rear fenders and fascia are easy to spot. The new Lamborghini will arrive with an all-new V12 engine behind the cabin, which will suck up air through the huge intakes behind the doors, which aren’t visible on this test vehicle, which looks mostly like the current Aventador SVJ.

The car will retain Lamborghini’s iconic wedge shape, with this prototype featuring six exhaust outlets at the back. This isn’t some new styling trend, as the two larger, individual exhaust outlets below the four are fake. Previous spy shots showed the successor with just the four exhaust pipes at the top of the rear fascia.

This test vehicle doesn’t appear to wear a lot of new sheet metal. The new supercar from the company will have a unique design, which the automaker is hiding under camouflage on other prototypes we have spied. Inside, it appears that the car will have a dual-display setup on the center console, likely separating the climate controls from the infotainment panel.

Lamborghini will reveal the Aventador replacement in late March 2023, which isn’t that far away, officially concluding the current car’s nearly 12-year run. We expect to see more of the electrified supercar in the coming months, with Lamborghini likely kicking off a teaser campaign sooner rather than later. The Aventador successor will set the stage for the company’s next act.

Scientific highs and lows of cannabinoids