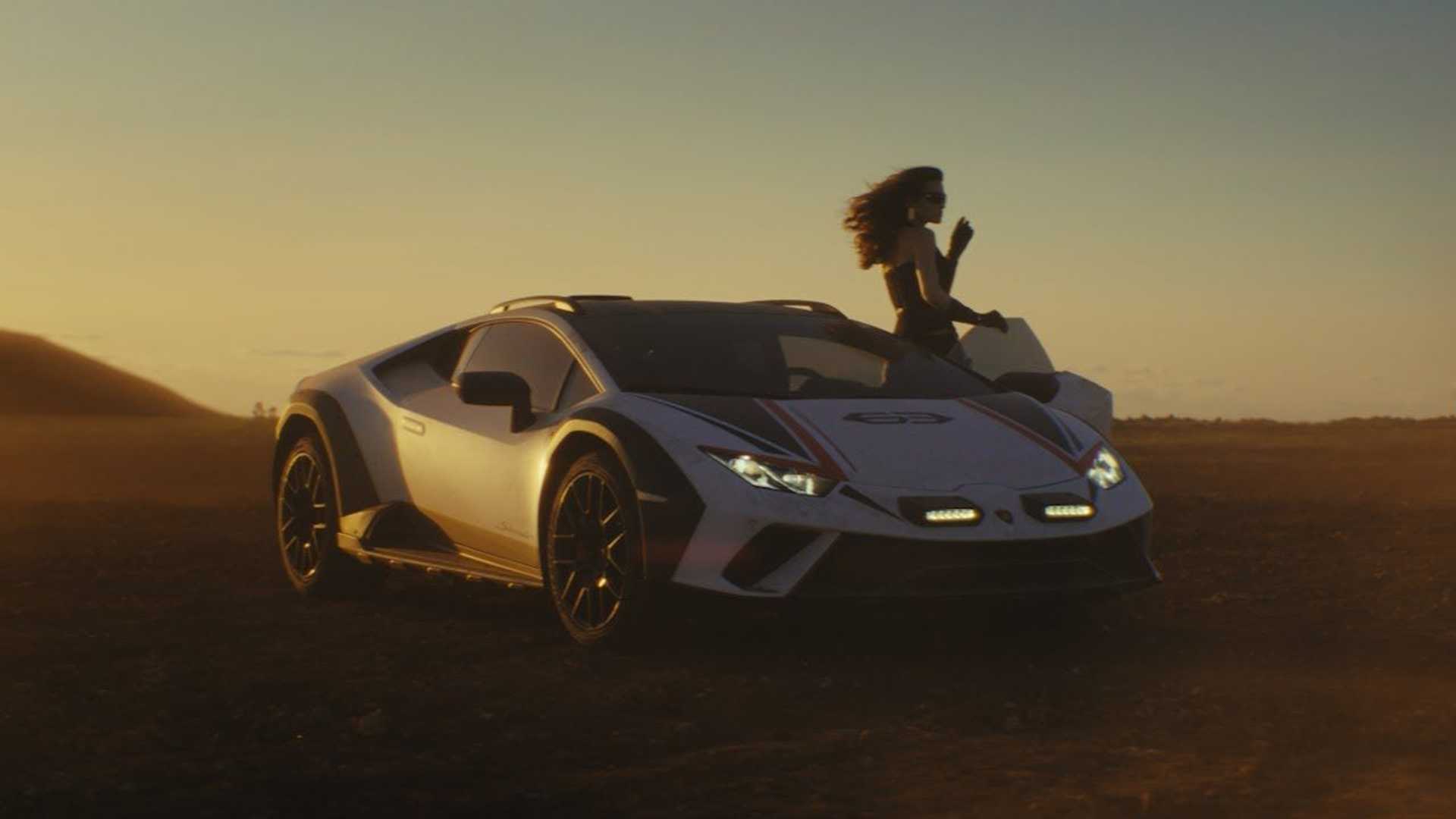 There’s a rare new breed of supercars on the market. We don’t know the segment’s official name since it’s been around for just a few weeks now but there are already two quite exciting models that belong to it. The Porsche 911 Dakar and the Lamborghini Huracan Sterrato come from the same family of automotive brands but follow a very different recipe in achieving the same ultimate goal – a supercar for off-road fun. Yes, that’s actually a thing today.

There’s a new marketing video coming from the Sant’Agata Bolognese-based automaker that shows us the Huracan Sterrato in its natural habitat. The video is accompanied by a weird rap song that promotes the supercar’s capability for going in the dirt – you are going to hear the catchy “dust is gold, dirt’s for the bold” refrain several times. Don’t blame us if you start repeating it, it’s Lamborghini’s fault.

The rally-inspired supercar looks ready to tackle any terrain, though it is actually just 1.7 inches higher than a regular Huracan Evo thanks to a suspension lift kit. Naturally, this ensures there’s room for more suspension travel and there’s an updated version of its the firm’s Integrated Vehicle Dynamics system with new calibrations for Strada and Sport driving modes. Most importantly, there’s a new Rally mode.

Lamborghini claims the Huracan Sterrato is the world’s first “super sports car with a V10 engine and all-wheel drive designed to deliver driving thrills on all terrains.” The 5.2-liter V10 engine in question has an output of 602 horsepower (449 kilowatts) and 413 pound-feet (560 Newton-meters) of torque, challenged to all four wheels through a seven-speed dual-clutch gearbox. When there’s enough grip, the supercar should reach 62 miles per hour (100 kilometers per hour) in just 3.4 seconds, though we don’t think this figure is possible on an off-road section.

If you like what you see in the photos and the promo video, you better hurry up. The production is scheduled to kick off in February next year and Lamborghini plans to assemble just 1,499 units, each at a yet undisclosed price.