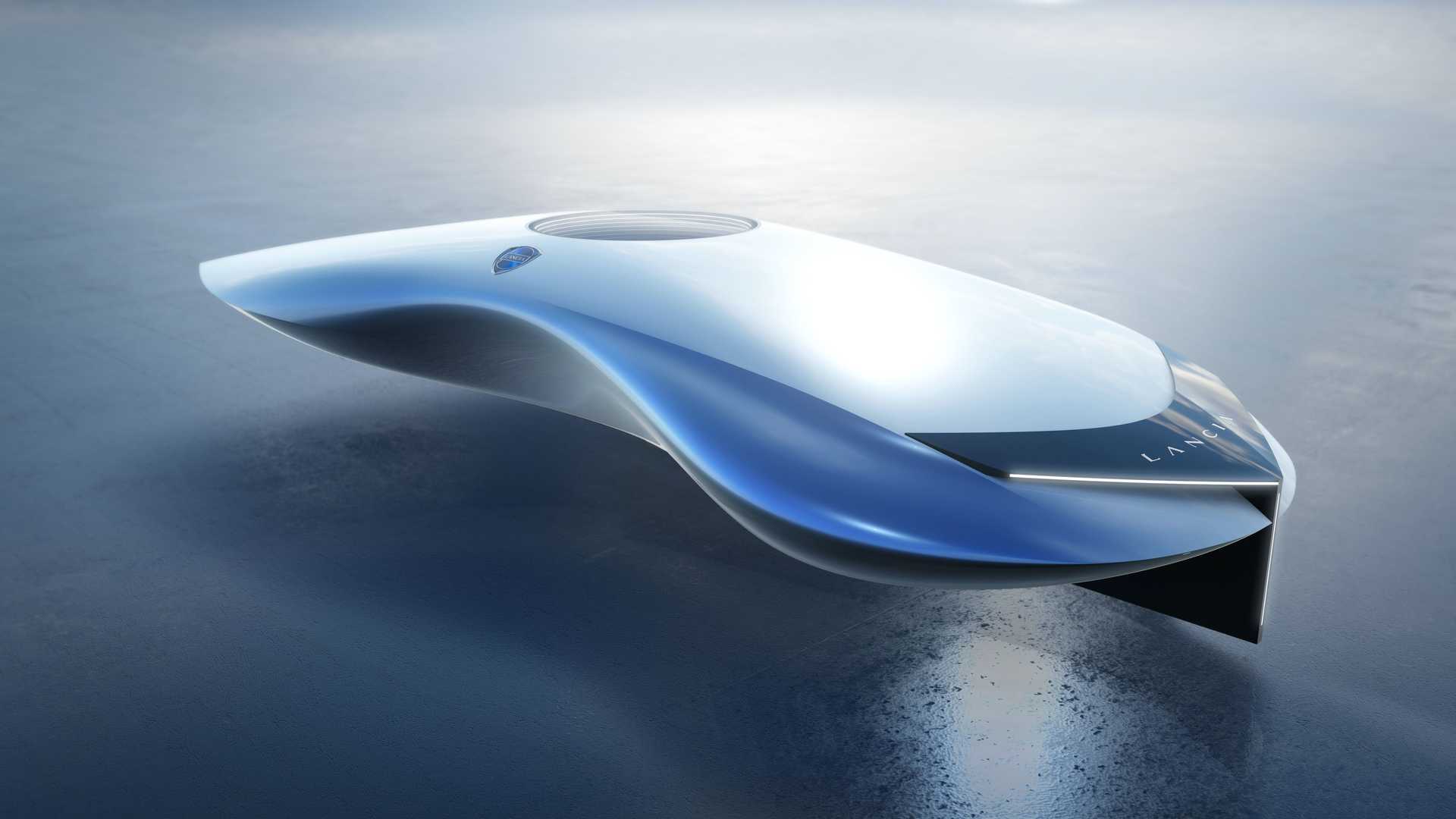 For the last several years, Lancia survived largely by rebadging products from its owner – Fiat Chrysler Automobiles, which is now Stellantis. The 116-year-old Italian brand just unveiled a new logo and concept that the company promised was the first step in a renaissance for the marque.

The Lancia Pu+Ra Zero design concept is the styling inspiration for the brand’s future vehicles. Its name comes from combining the words “pure” and “radical.” The designer’s intention is to blend the soft, smooth elements from the Aurelia and Flaminia models with the harder, more angular elements of the Stratos and Delta.

In front, the Pu+Ra Zero has a Y-shaped light signature that Lancia calls the “calice.” The company intends to make this flourish a part of future vehicles.

The round taillights take direct inspiration from the Stratos. The new Ypsilon will wear this look.

A circular opening in the roof, but the Pu+Ra Zero doesn’t actually have a cabin. Lancia imagines the model with an interior with styling inspiration from Italian furniture. The company intends to use simple shapes and a color-blocking approach for the materials.

“The new era of Lancia starts today with a new Logo and a clear design vision,” said Luca Napolitano, Lancia CEO. “In anticipation of the new Ypsilon, the first vehicle of the new Lancia, we are introducing Lancia Pu+Ra Zero, a sculpture, a three-dimensional manifesto which inspires the vehicles that will be launched between 2024 and 2028.”

The new Ypsilon will be the first Lancia to wear the updated logo. The design mainly takes inspiration from the 1957 version of the emblem. It features the brand’s name in a simplified font. The letters are in a circle, and a vertical line cuts through the left side.

Lancia plans to introduce a new model every two years starting in 2024. By 2028, the brand plans only to offer electric vehicles. It also plans to open 100 new showrooms in Europe and introduce a system that supports online sales.