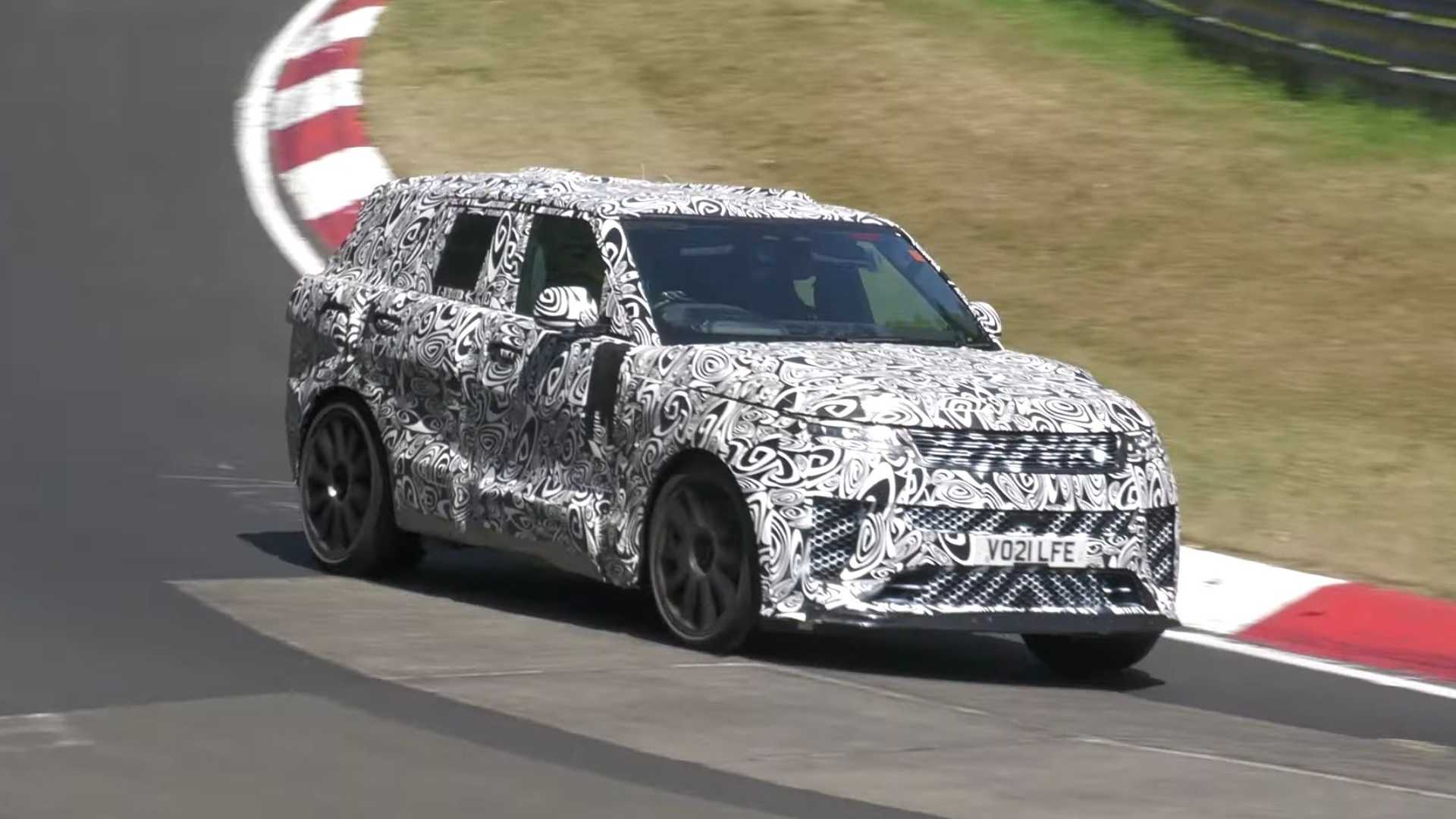 Land Rover is preparing to give the Range Rover Sport a performance upgrade for the SVR model. This spy video catches the speedy crossover lapping the Nürburgring.

Compared to the standard Range Rover Sport, the SVR has a more aggressive front end. There are large openings in the center of the lower fascia and in the corners. A splitter sticks out from the bottom.

Along the side, it looks like the SVR might ride a bit lower than the standard Range Rover Sport. The engineers also add body cladding that surrounds the door handles. Don’t expect this piece to be present on the production version. At 1:09 in the video, the SVR wears sensors over the wheels.

At the back, there are four, circular exhaust pipes. A revised rear bumper surrounds them.

The SVR will reportedly get power from the 4.4-liter twin-turbo V8 engine that also powers the BMW X5 M. The engine produces as much as 615 horsepower (452 kilowatts) and 553 pound-feet (750 Newton-meters) in the Competition version of the German SUV. It should get the Land Rover to 62 miles per hour (100 kilometers per hour) in around 4.0 seconds.

The Range Rover Sport rides on Land Rover’s MLA-Flex platform, which is also underneath the standard Range Rover. All existing models ride on an air suspension. The vehicle has rear-wheel steering that is capable of turning the back tires by 7.3 degrees.

The Sport has an interior with a similar appearance to the Range Rover. The cabin includes a 13.7-inch digital instrument cluster and a 13.1-inch infotainment screen. Buyers can get a stereo with as many as 29 speakers.

If you’re interested in hearing a conversation about the new Range Rover Sport, check out this episode of Rambling About Cars: