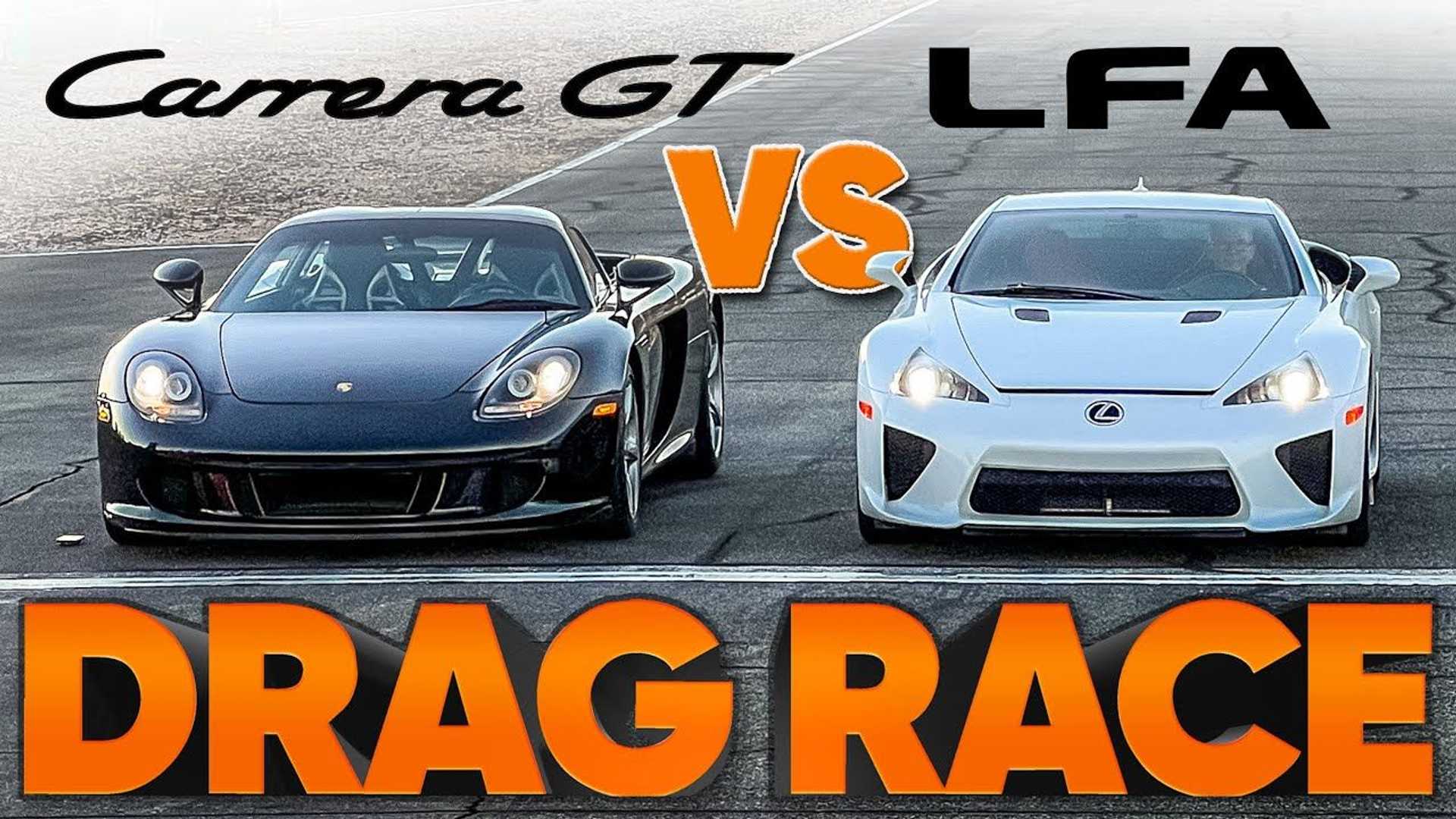 For many, the V10 remains the best-sounding engine ever built. We are not here to judge and we won’t give a final verdict, though we have to admit the 10-cylinder mills are indeed some of the best-sounding in the entire industry. There are not that many of them left but thankfully, models like the Lexus LFA and Porsche Carrera GT will forever remain examples of fine V10 engineering in the supercar segment. Which one sounds better and goes faster? It’s finally time to find out.

Hagerty lined up the two supercars in a direct drag battle and decided an Audi RS3 would be a good addition to the V10 tandem. The hot hatch from Ingolstadt has twice as fewer cylinders but that doesn’t mean it doesn’t deserve its place in this race. Let’s focus on the V10 competitors, however.

The LFA was produced between December 2010 and December 2012 and during this period a limited run of just 500 examples was released. Powering the Japanese supercar was one of the finest naturally aspirated engines in history – a 4.8-liter 72-degree bank angle V10 mill sporting a dual VVT-i system. Its maximum output was 553 horsepower (412 kilowatts) and 354 pound-feet (480 Newton-meters) of torque. The engineers responsible for the engine of the LFA decided against an equivalent displacement V8 or V12 engine.

So, how do two of the greatest supercars ever built compare in a direct drag race? The video at the top of this article contains much more than that – including a comparison with the five-cylinder Audi – but if you want to jump straight to the drag race, it starts at the nine-minute mark.