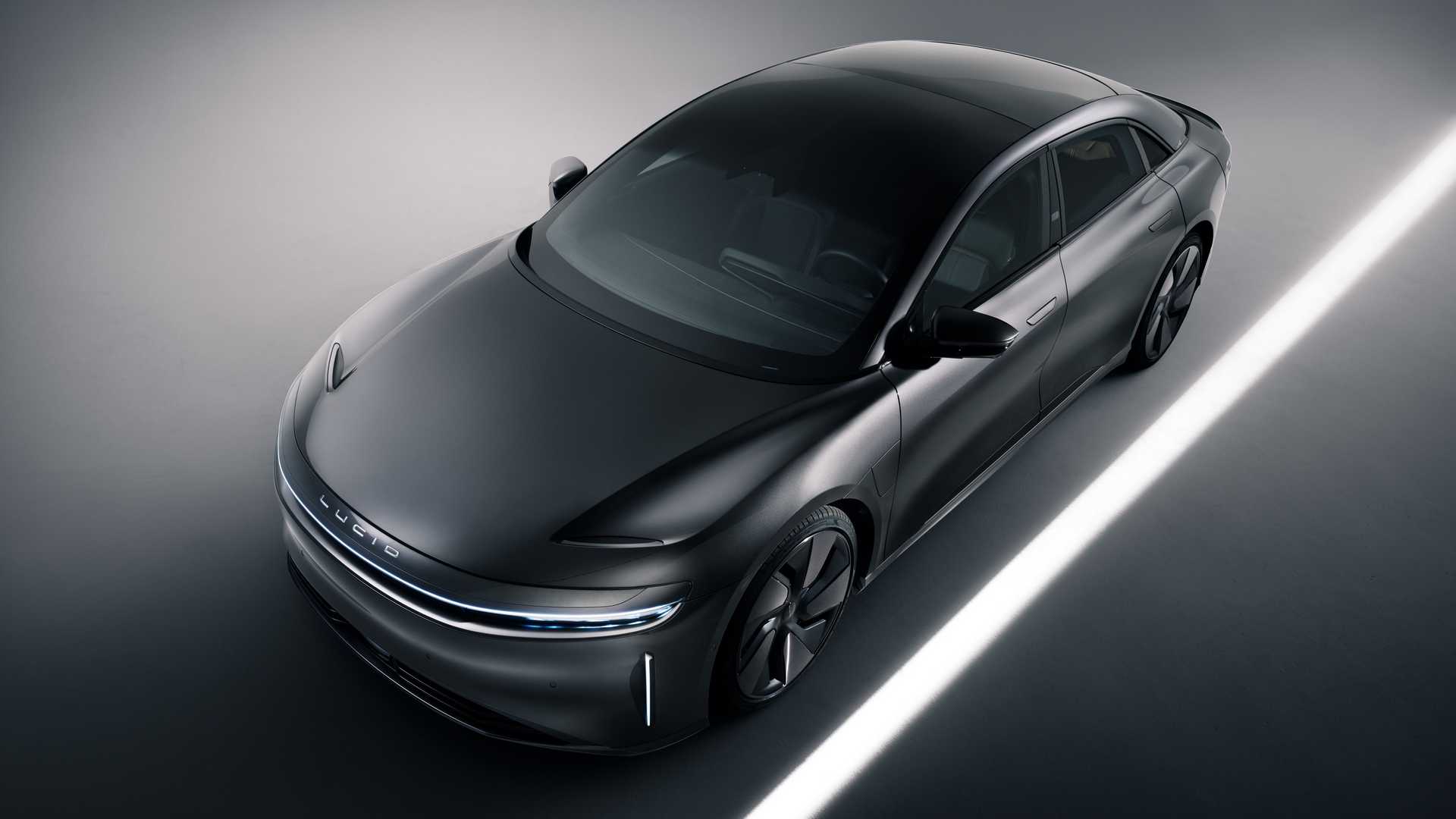 The Lucid Air with the new Stealth Look package arrives to give the electric sedan a darker, more discreet look. It makes a public debut during Monterey Car Week on August 17, but the EV brand releases pictures of the pack now. The option becomes available in the first quarter of 2023 and adds $6,000 to the vehicle’s price.

The Stealth Look package will be an optional upgrade for the Touring, Grand Touring, and Grand Touring Performance variants of the Lucid Air. It tweaks 35 exterior components so that they have what the company calls “a dark Stealth Polished finish,” rather than the standard platinum look for these parts. The shadowy appearance is visible on the mirror caps, the frame around the glass canopy, lower body elements, and headlight trim. The wheels get satin black inserts.

If you’re interested in a Lucid Air with the Stealth Look package, the company’s configurator starts showing the option on Wednesday, August 10. The automaker also offers the one-on-one Lucid Studio Live where folks schedule a meeting with a representative from the automaker and build their ideal EV in a virtual environment.

Lucid recently halved its 2022 production forecast for the Air. It now expects to build 6,000 to 7,000 examples of the electric sedan, rather than the original plan to produce 20,000 units of the EV. Supply chain issues are the major culprit for the reduction.

According to the company’s financial results, Lucid delivered 360 examples of the Air in the first quarter and 679 of them in the second quarter. The low number prompted Elon Musk to mock the automaker on Twitter. Lucid’s revenue in Q2 was $97.3 million, which was below analyst expectations.

If you’re curious about what it’s like to drive a Lucid Air, check out this episode of Motor1.com‘s Rambling About Cars podcast: