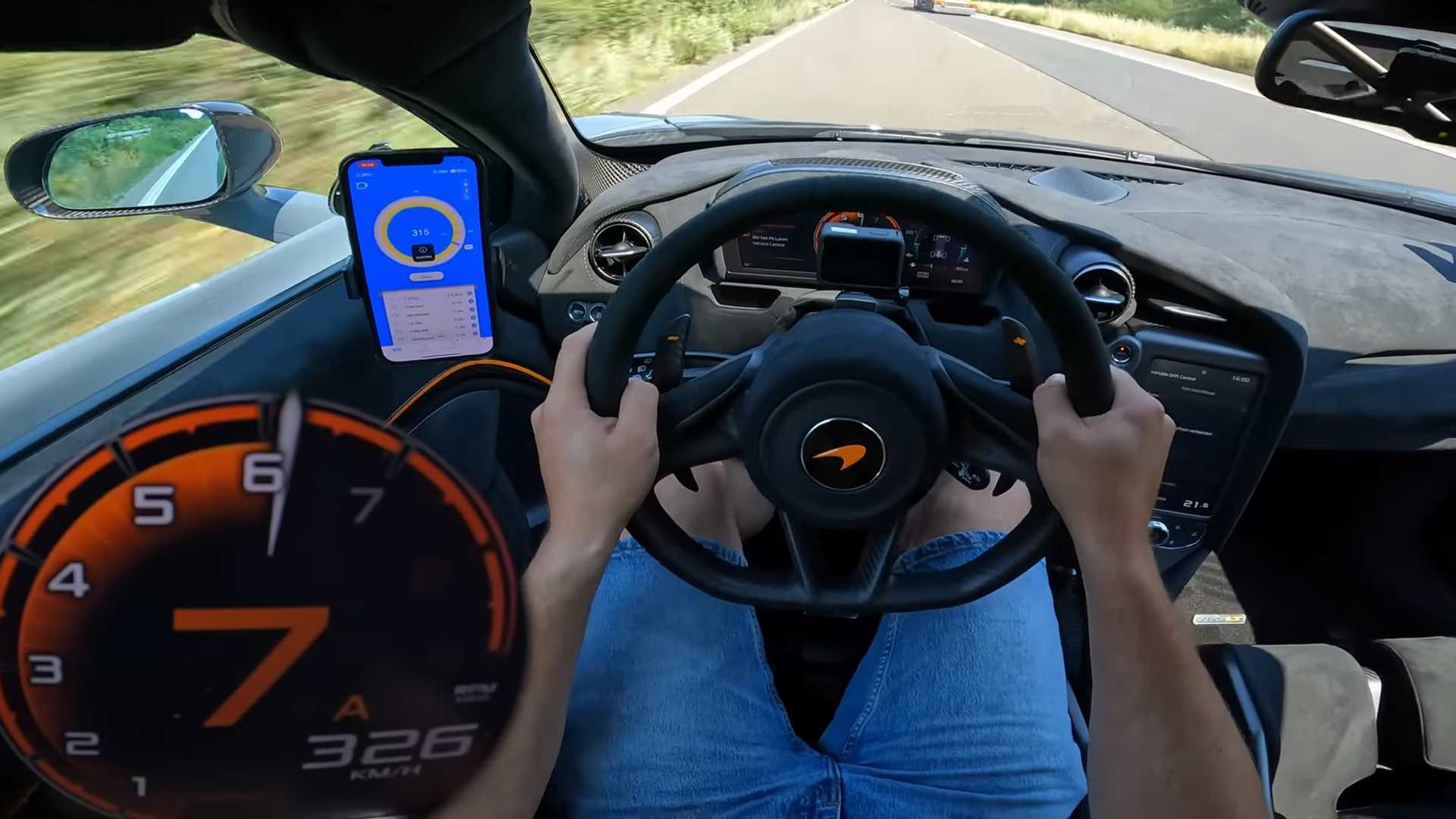 McLaren may have a rather confusing lineup with more “special” models than we can count, but there’s no denying that the peeps from Woking make some of the fastest cars money can buy. A new video shot on an unrestricted section of the Autobahn shows the 765 Long Tail being pushed to the maximum, delivering lightning-quick acceleration. It shifts through all seven gears in the blink of an eye and picks up speed at a truly mesmerizing pace.

Let’s all be honest and admit that going from 0 to 62 mph (100 km/h) in less than three seconds is getting less and less impressive with each new hypercar released. However, just look at how the twin-turbo V8 pushes the 765LT from 124 to 186 mph (200 to 300 km/h) and beyond, without breaking a sweat. Rarely have we seen such intense acceleration, especially being performed on a public road without breaking any speed laws.

Being a fully fledged supercar, it’s understandable why the McLaren 765LT has a bouncy ride since the suspension has to be firm. It’s more suited for track use where the road surface is perfectly flat in many cases, and while the Autobahn’s tarmac is in good shape, a circuit will also be better for such an incredibly fast machine. We can’t think of too many cars that could beat the long-tailed beast in an acceleration test at higher speeds.

Of course, the Artura is not a direct 765LT replacement as future versions of the V6 hybrid supercar should narrow the gap until the Long Tail.