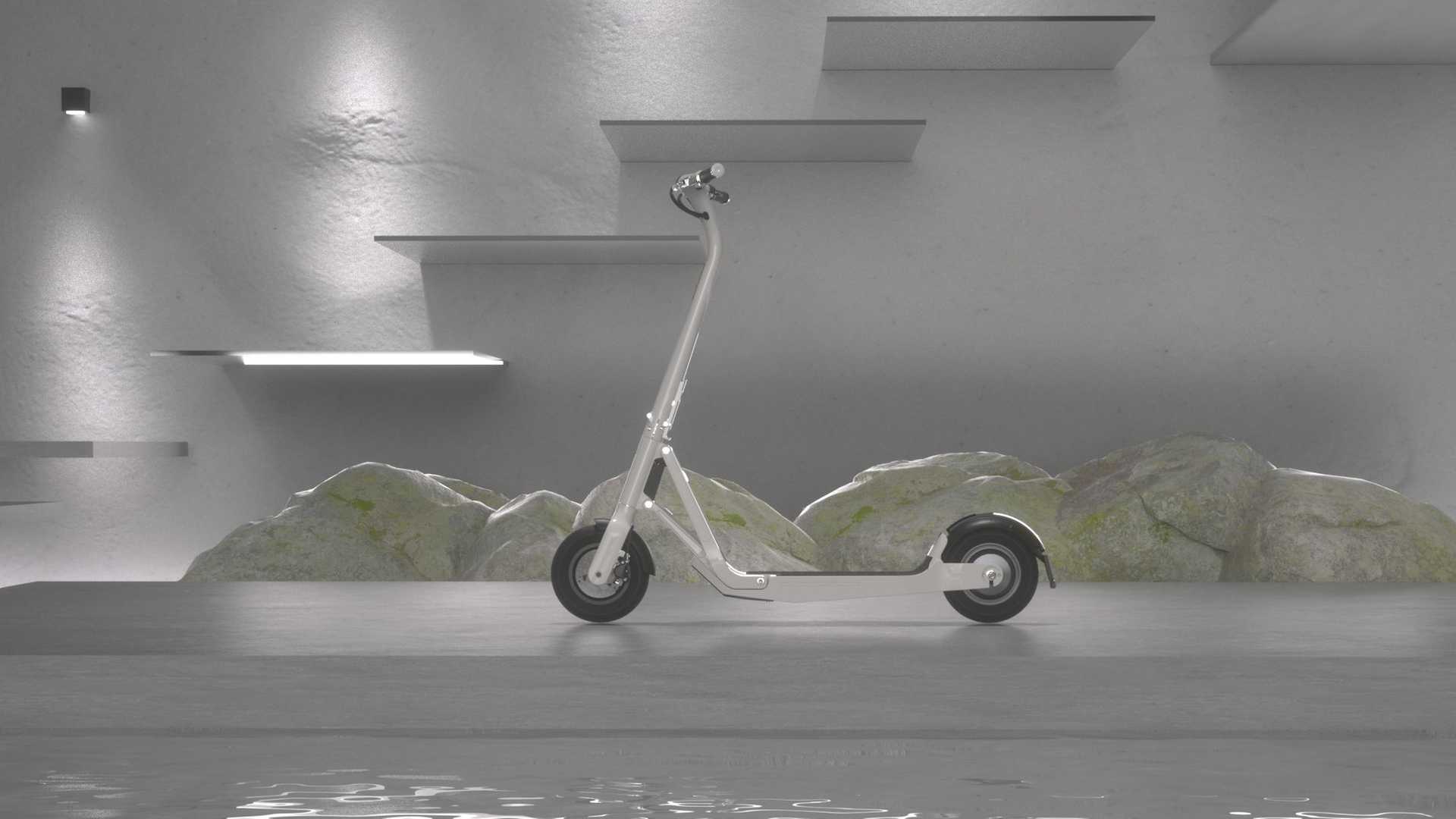 McLaren’s operations include more than building supercars and racing in Formula 1. McLaren Applied, founded in 1991 as McLaren Composites, offers its technical expertise to outside firms and has its own subsidiary, Lavoie. This company has built an electric scooter that debuted this week.

It’s called the Series 1. It’s made from automotive-grade magnesium and weighs 36 pounds (16.5 kilograms). It offers 31 miles (50 kilometers) of electric range and has a two-hour charge time on a domestic three-pin plug. The scooter features the patented Flowfold system that, with the press of one button, folds the front and rear wheel hinges and collapses the stem for easy storage.

The scooter features a “ground-breaking lighting system” that illuminates the rider with a rear-mounted light, making them more visible to traffic and pedestrians. Lavoie designed the scooter with floodlights on the sides to make it appear physically larger and easier to see to other vehicles, while a front lighting system illuminates the road ahead. It also has turn signals that are activated from the handlebars and an integrated display screen.

Lavoie pairs the Series 1 with a mobile app. This feature allows the rider to track and locate the scooter and activate a loud deterrent alarm if needed. The app includes additional features like turn-by-turn navigation, in-depth stats, and customization, almost like a real McLaren. If something goes wrong with the scooter, the app can alert Lavoie’s support team, who can then notify the owner about the fault and how to resolve the issue.

“We wanted to make a vehicle that’s reliable, faultlessly functional, powerful, stylish, full of state-of-the-art technology – and built the way you would a car or a motorcycle,” said Lavoie co-founder Eliott Wertheimer.

Neither Lavoie nor McLaren Applied has said when the Series 1 could go on sale, but the order books open next month. The company plans to release more details in the coming weeks. We’d like to learn more about the scooter’s power, speed, price, and affordability Electrification allows for new mobility solutions, and scooters like the Series 1 preview what’s possible.