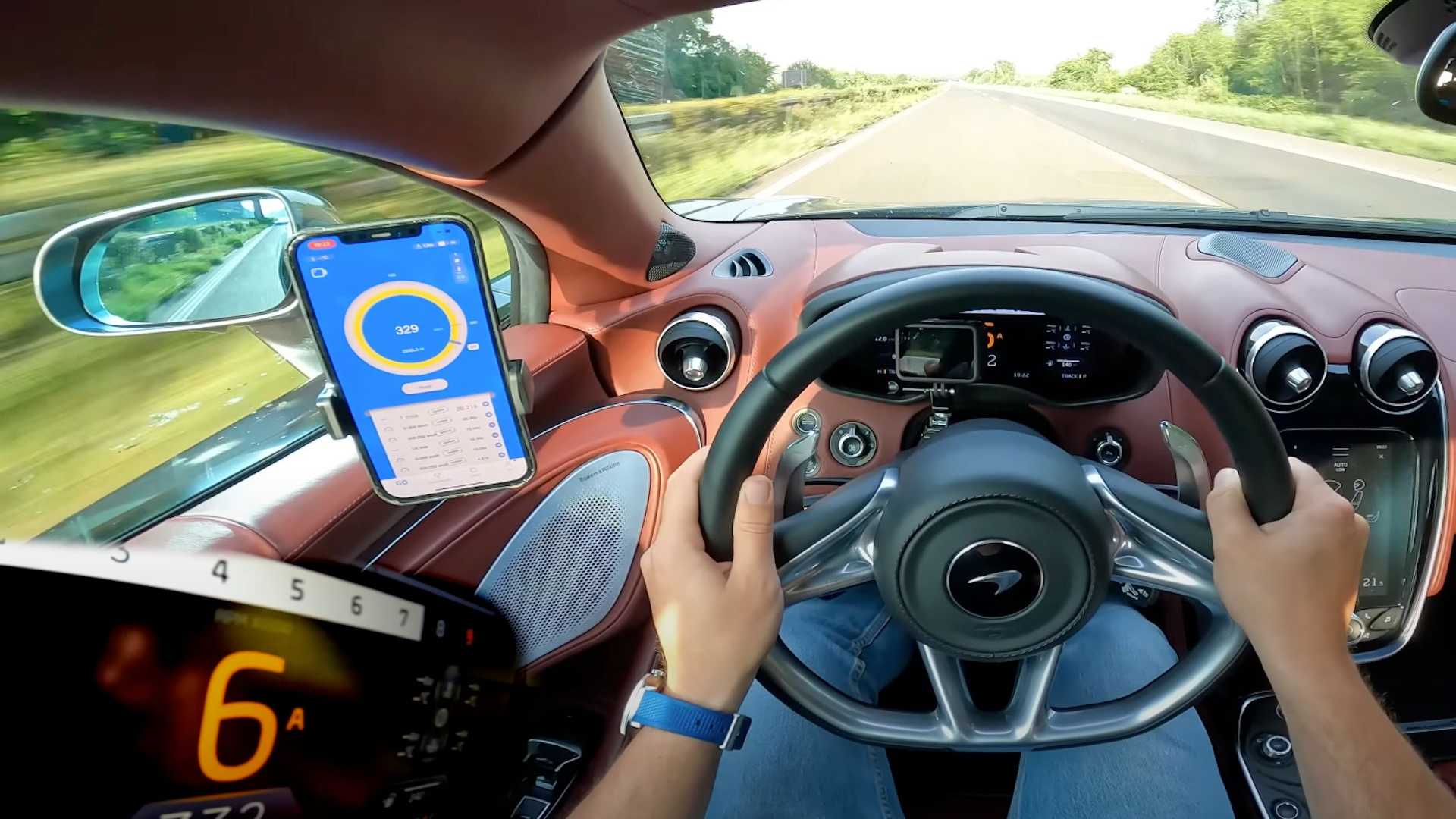 Grand tourers are meant to be driven on long journeys in the fastest way possible. But what’s the sense of having the ability to reach high speeds but the roads are restricted?

That wasn’t a problem for this McLaren GT, which was driven on unrestricted sections of the German Autobahn by AutoTopNL. More importantly, this isn’t just any regular McLaren grand tourer. This particular example has already had stage 1 tuning, which has increased its output from 620 to 770 horsepower (456 to 566 kilowatts) and 465 to 728 pound-feet (630 to 987 Newton-meters) of torque. These numbers are even better than Novitec’s McLaren GT upgrade.

This McLaren GT’s top speed has also been increased from 203 to 217 miles per hour (326 to 350 kilometers per hour). Was that speed even achievable even on the unrestricted Autobahn? Based on this test, it wasn’t easy.

Mind you, these folks from AutoTopNL are professional, so there’s no way that you should try this at home.

In the top speed run video, you could see that the McLaren GT’s power delivery was effortless. It easily reached and breached the 200 km/h mark on both the speedometer and GPS device. However, the problem lies in the Autobahn. Since they were testing in public, other vehicles came into factor, which made the test more challenging.

Nevertheless, the McLaren GT was able to reach 335 km/h (208 mph), which was beyond the automaker’s set top speed but short of the tuned version’s ceiling. One thing we’ve noticed though was the chaotic cabin after crossing the 300 km/h mark.

While the journey from 100-200 km/h was relatively short and seamless, the climb to 300 and after crossing it was a hodgepodge of exhaust sound and violent wind noise. We could only imagine the actual feeling during those speeds but then again, that’s why these guys are out there doing these tests on cars.