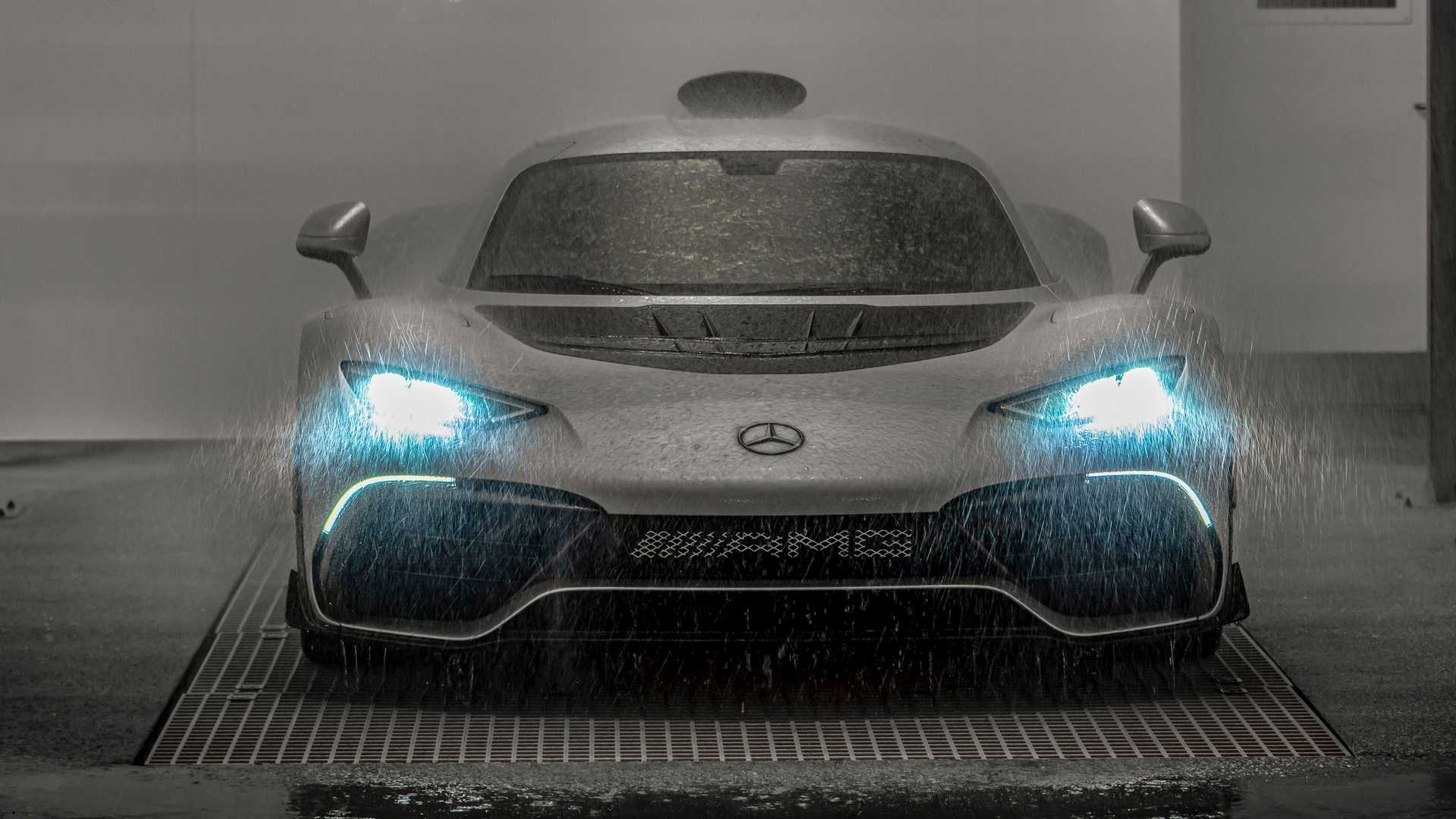 Five years have passed since Mercedes-AMG unveiled the Project One concept at the Frankfurt Motor Show and now production of the F1-engined hypercar has started. The fastest road car ever to carry the three-pointed star was delayed due to development hurdles with making the turbocharged 1.6-liter V6 gasoline engine meet emissions and noise regulations. It’s all in the past now as the first of 275 cars is currently being assembled.

The cars are being put together by hand at AMG’s facility in Coventry, UK while the hybrid powertrain with its four electric motors is made by the Mercedes‑AMG High Performance Powertrains division in Brixworth. These are the same people responsible for developing and producing the heart of the F1 car. To start production of the One, AMG teamed up with Multimatic to set up a bespoke production facility.

Each and every vehicle has to go through 16 assembly and testing stations in a process described by Mercedes-AMG as resembling the production of luxury watches. More than 50 people are involved in the production of a One hypercar. After the build is completed, the electrified machine undergoes a roll-out at an adjacent proving ground where a factory test driver gives it the proverbial green light.

The 1,049-horsepower beast is then covered in protective wrap and transported in a closed truck to Affalterbach in Germany at AMG’s headquarters. This is where the owner takes delivery of their prized possession and also receives a technical vehicle briefing by AMG One experts to discover the ins and outs of what is surely the most radical road-going Mercedes ever.

The all-wheel-drive machine has an extremely complicated combustion engine that revs up to 11,000 rpm and yet it still meets Euro 6 emissions regulations. On its own, the single-turbo V6 produces 566 horsepower and idles at 1,200 rpm, which is remarkably low considering the F1 car’s engine does it at 5,000 rpm. This was one of the biggest headaches during development, but AMG ultimately managed to lower the idle by 3,800 rpm to pass emissions tests for road cars.

As for the quartet of electric motors, there’s one for each front wheel to generate a combined 322 hp. A third e-motor sits next to the ICE and sends 161 hp to the crankshaft, while the fourth is linked to the turbocharger to add 121 hp into the mix. Then there’s the 8.4-kWh lithium-ion battery pack with enough juice for about 11 miles (18 kilometers) of electric range while the seven-speed automated manual transmission was specifically developed for the AMG One.

It is unquestionably a marvel of engineering and it’s likely only a matter of time before it will be crowned as the fastest production car around the Nürburgring.