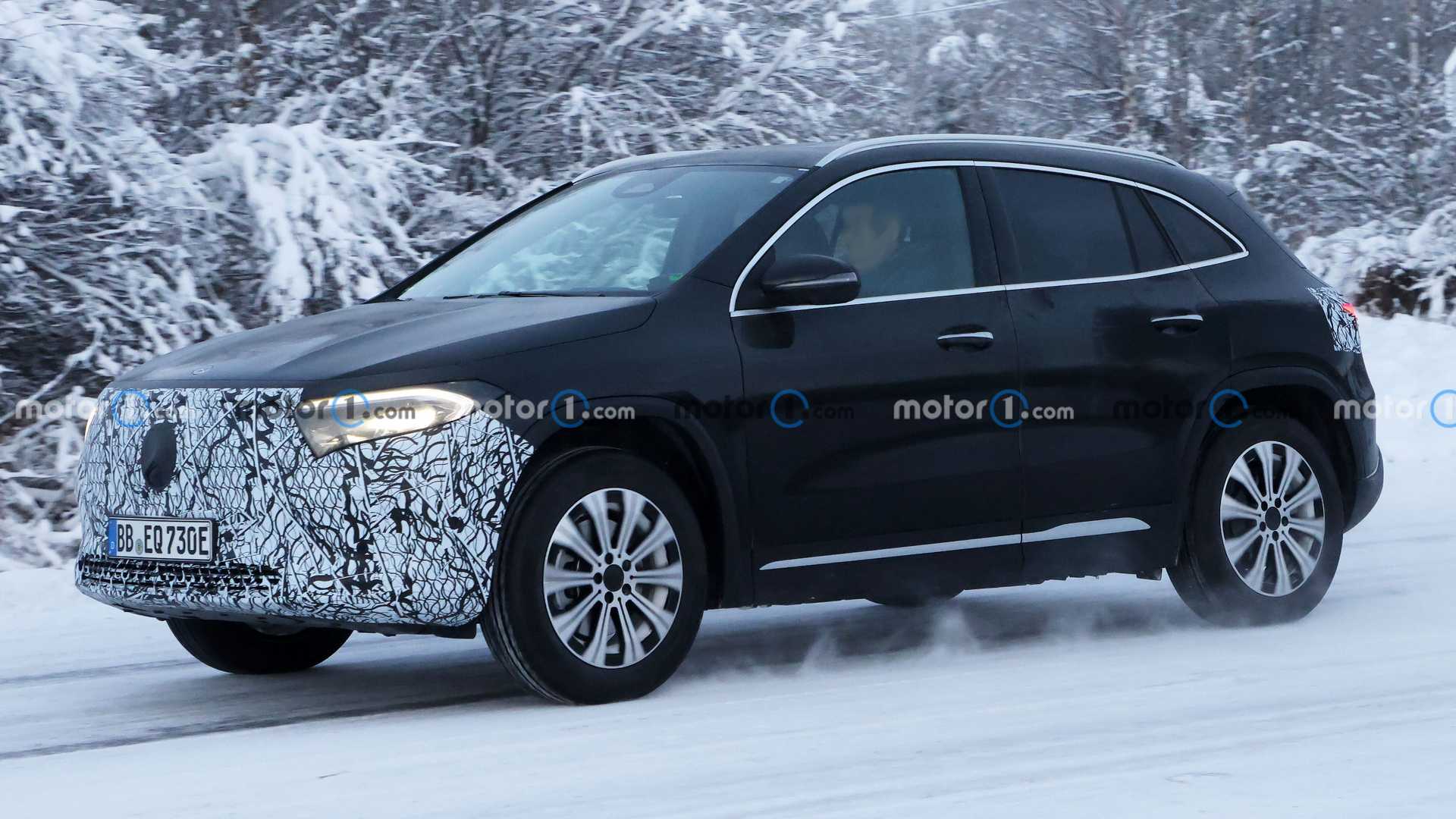 The Mercedes-Benz EQA only debuted in early 2021, but the engineering team is already working on a refresh for it. This one is doing some cold-weather development.

Mercedes doesn’t seem to be making big changes to the EQA. The development team thoroughly covers the nose. While we can’t see the details, the general look doesn’t seem radically different. Since this is an EV, the only necessary opening in the nose is the trapezoidal inlet in the lower fascia.

The last time we saw the refreshed EQA, Mercedes only covered up the upper grille. It’s additional evidence that the brand is preparing at least to revise the model’s nose.

At the back, the updated EQA wears a strip of camouflage between the taillights. The internal design for the lamps appears to have a new look.

There’s no indication of any changes to the interior because we don’t have pictures of the cabin.

In Europe, Mercedes offers four models of the EQA. The 250 trim is the starting point with a single electric motor making 188 horsepower (140 kilowatts) and using a 66.5-kilowatt-hour battery. The 250+ boosts the pack’s capacity to 70.5 kWh.

After its launch, the EQA found initial success. Mercedes reported receiving 20,000 orders for them. Deliveries began in March 2021.