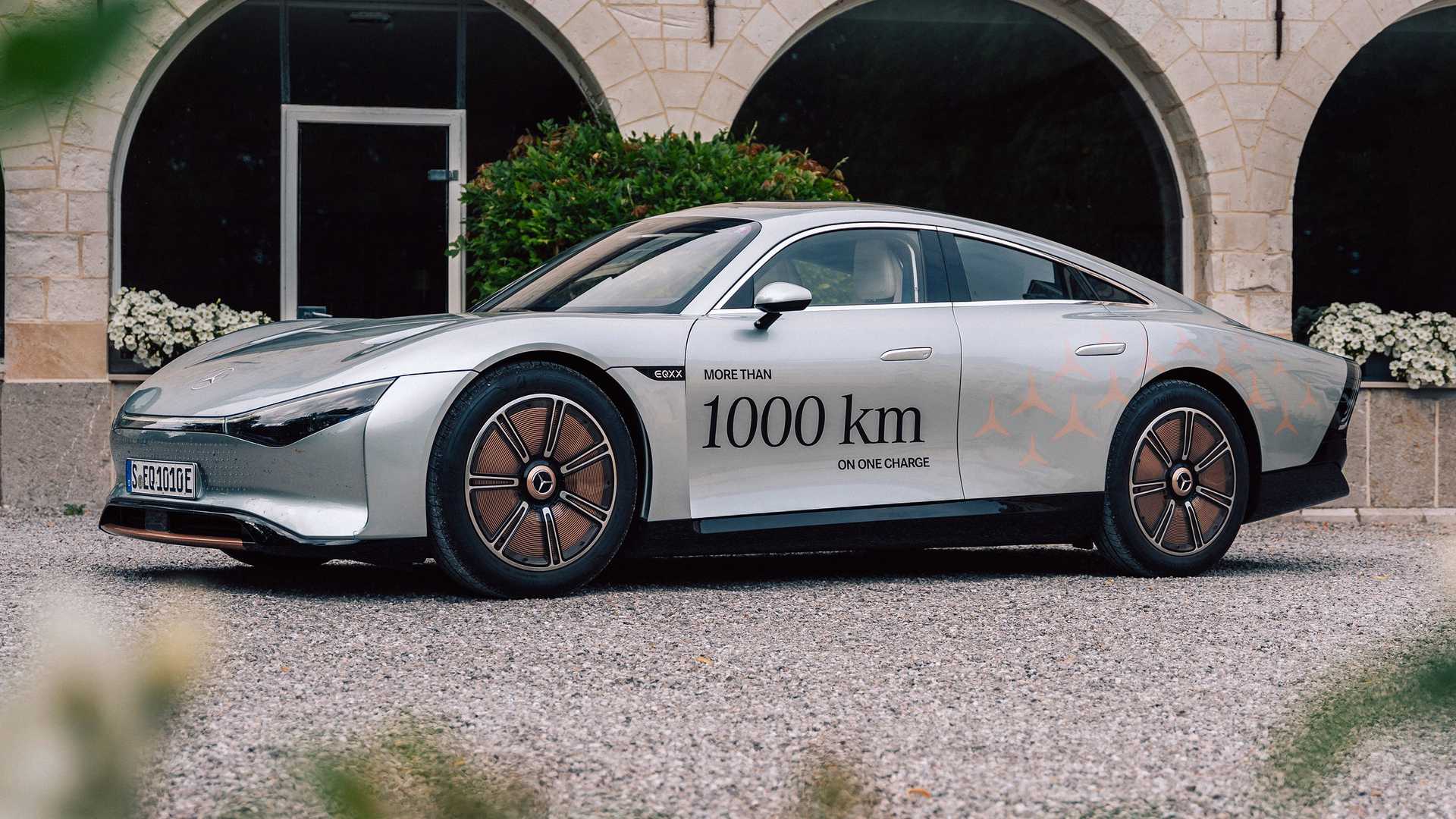 The Mercedes Vision EQXX managed to cover 747 miles (1,202 kilometers) on a charge during a recent long-distance jaunt from Stuttgart, Germany, to the Silverstone circuit in England. This tops the previous 626-mile (1,007-kilometer) trip from Sindelfingen, Germany, to Cassis, France.

The two-day, 14-hour-30 minute trip was in the same real-world conditions that anyone taking this drive would experience, like a portion of the autobahn being closed and heavy traffic on the highway near London. The occupants ran the air conditioning for over eight hours along the way. There was even a stop at the Mercedes-Benz Grand Prix shop in Brackley, England.

At the Silverstone circuit, Formula E racing driver Nyck de Vries took the EV around the track for 11 laps and hit the vehicle’s max speed of 87 miles per hour (140 kilometers per hour). The car finally ran out of charge in the pitlane.

Assuming de Vries lapped Silverstone’s 3.661-mile (5.891-kilometer) grand prix layout, that amounted to 40.271 miles of driving. At a lower speed, it’s conceivable that an even longer distance drive might be possible for the EQXX.

Following the drive to Silverstone (and recharging), the EQXX headed to the Goodwood Festival of Speed. Look for the EV to run up the hill there.

Mercedes isn’t disclosing the EQXX’s battery capacity other than that it’s less than 100 kWh. The pack has 50 percent less volume and is 30 percent lighter than the one in the EQS. A single electric motor makes 241 horsepower (180 kilowatts). To maximize range, there’s a solar panel in the roof that powers elements like the HVAC system and infotainment. The vehicle has an unladen weight of 3,869 pounds (1,755 kilograms).