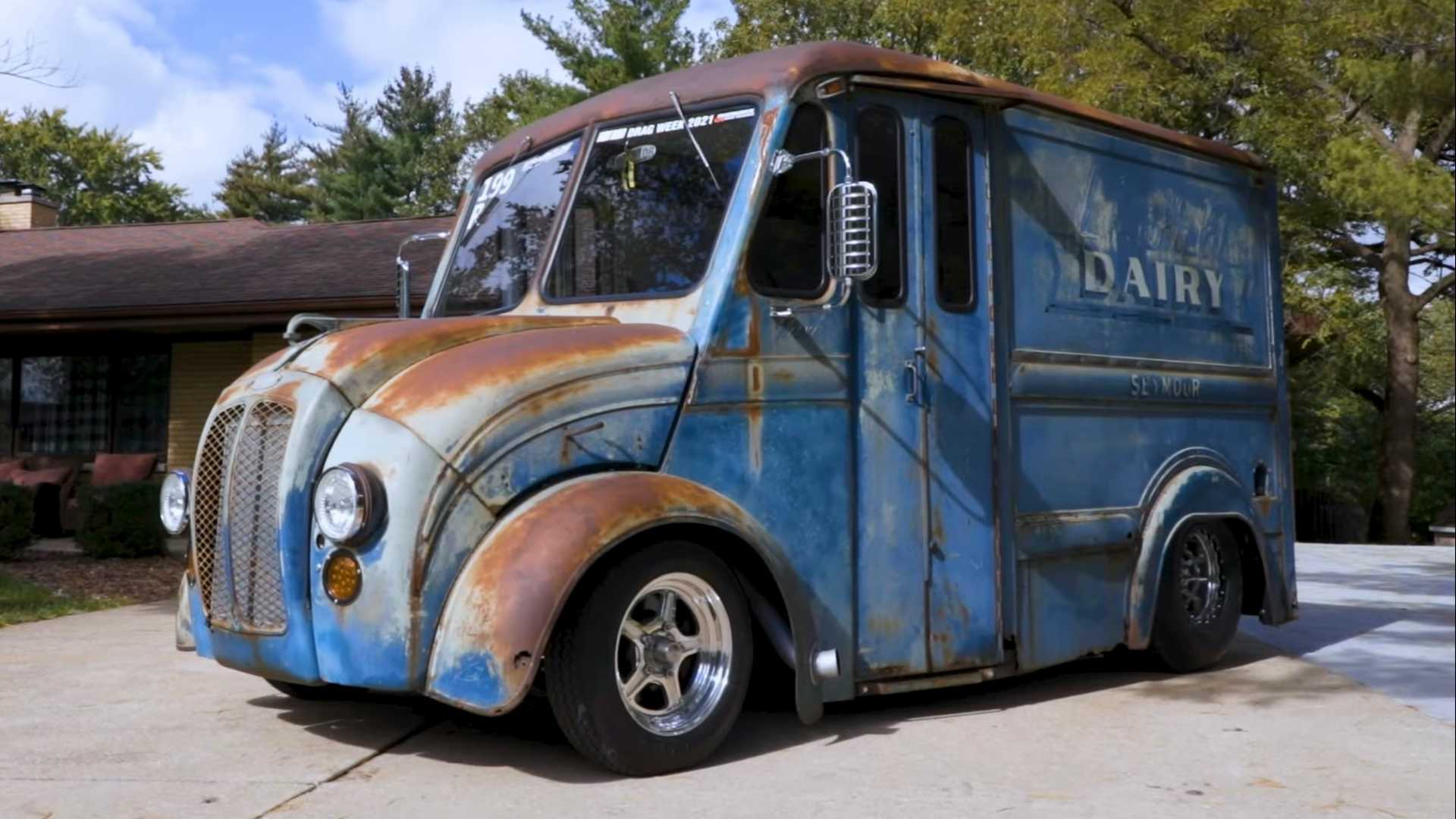 Milk trucks aren’t a common sight anymore. Today, most people pick up milk at the store, and they can keep it fresh in a refrigerator, an appliance many didn’t have in the early 20th century. Many of the milk trucks that trotted around American streets were made by Divco, the Detroit Industrial Vehicle Company. At least one lives on in Illinois, but it’s now delivering ETs instead of milk jugs.

This Divco milk truck has a new life attacking the drag strip. The owner, Nick, built the high-powered Divco with his father, which he estimates is their sixth project car together. While the milk truck looks quite retro – Nick left the exterior unchanged from when he bought it, patina and all – it sits on a custom chassis that’s part of a 1995 Chevrolet pickup. The only original piece is the body.

Gone is the truck’s old 107-horsepower (78-kilowatt) engine. A 496-cubic-inch Chevy Big Block V8 is in its place, and it sports a pair of turbochargers while pumping out 815 hp (600 kW). That’s a lot of power for something designed to cruise house-lined streets dropping off milk.

Nick took the milk truck to the drag strip, where it reached 114 miles per hour (183 kilometers per hour). However, he was afraid the front windshield might have caved in during the run. Milk trucks weren’t designed to hit triple-digit speeds.

Inside is where you can really tell the milk truck underwent an extensive makeover. The Divco features hardwood floors, taken from a house remodel, while two seats from a Dodge Caravan sit up at the front. There are rear seats, and underneath them, Nick installed a sound system with a subwoofer for music and GPS directions.

Nick says that he already has more plans for the milk truck, and he hopes to get it back on the race track soon. He doesn’t’ specify what he wants to change, but we doubt the 815-hp milk truck will go any slower.