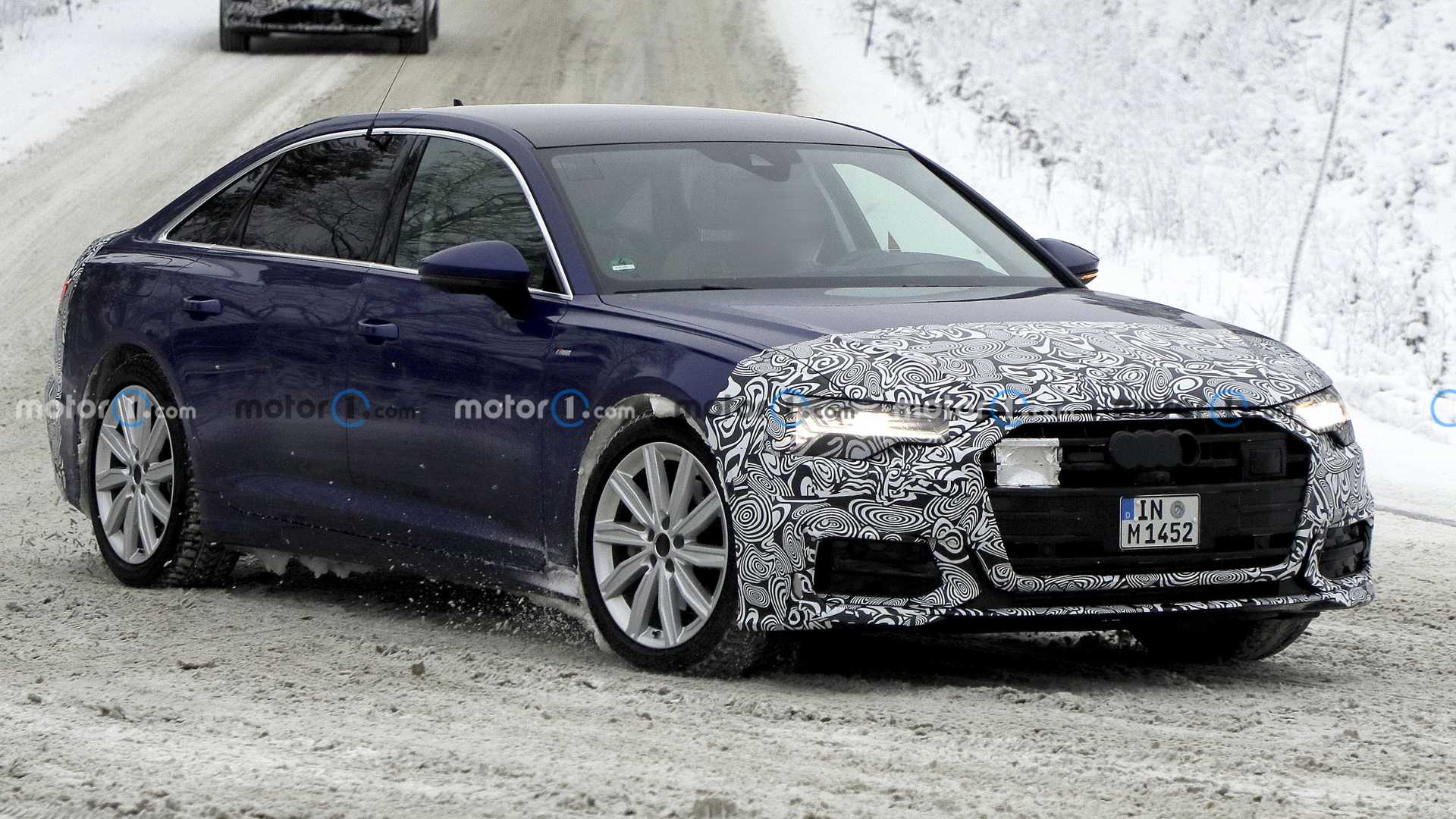 The Audi A6 has been around for a few years. The German automaker introduced the sedan for the 2019 model year, and it’s due for a refresh as the automaker prepares to launch the electric A6 E-Tron for 2024. The new A6 is getting a mild makeover, with the camouflage only covering the front and rear fascias where most changes will occur.

At the front, Audi designers will tweak the face, giving the sedan a new headlight design that will flank a tweaked grille. It will also receive reshaped front intakes. There are even fewer changes at the rear, with the A6 likely receiving new taillight graphics and a restyled rear bumper. Don’t expect any significant styling changes.

Unlike a previously spied A6 test vehicle, this one isn’t hiding its S Line badge on the front fenders. This mid-level trim likely has design cues not found on other lesser variants, but we don’t expect these A6s to look that much different. The model line is undergoing a very minor restyling.

We haven’t spotted the A6’s new interior, but we don’t expect any major changes to the cabin. Audi could give the car the latest infotainment software and make other packaging tweaks, but the hard points will remain.

The same is likely for the A6’s powertrain lineup, which should stay the same. The current crop of engines should carry over to the restyled model, and they could receive some tweaks the make them more efficient. Audi is preparing an all-electric variant called the A6 E-Tron that rides on the Premium Platform Electric architecture.

Audi hasn’t indicated when it’d reveal the new A6. We speculated that it could debut before the end of 2022 arrives for the 2023 model year, but Audi is running out of time. The A6 and A6 Avant should debut first, with the Allroad, S6, and RS6 reveals reserved for a later date. Audi will bring the styling updates to the entire A6 lineup.