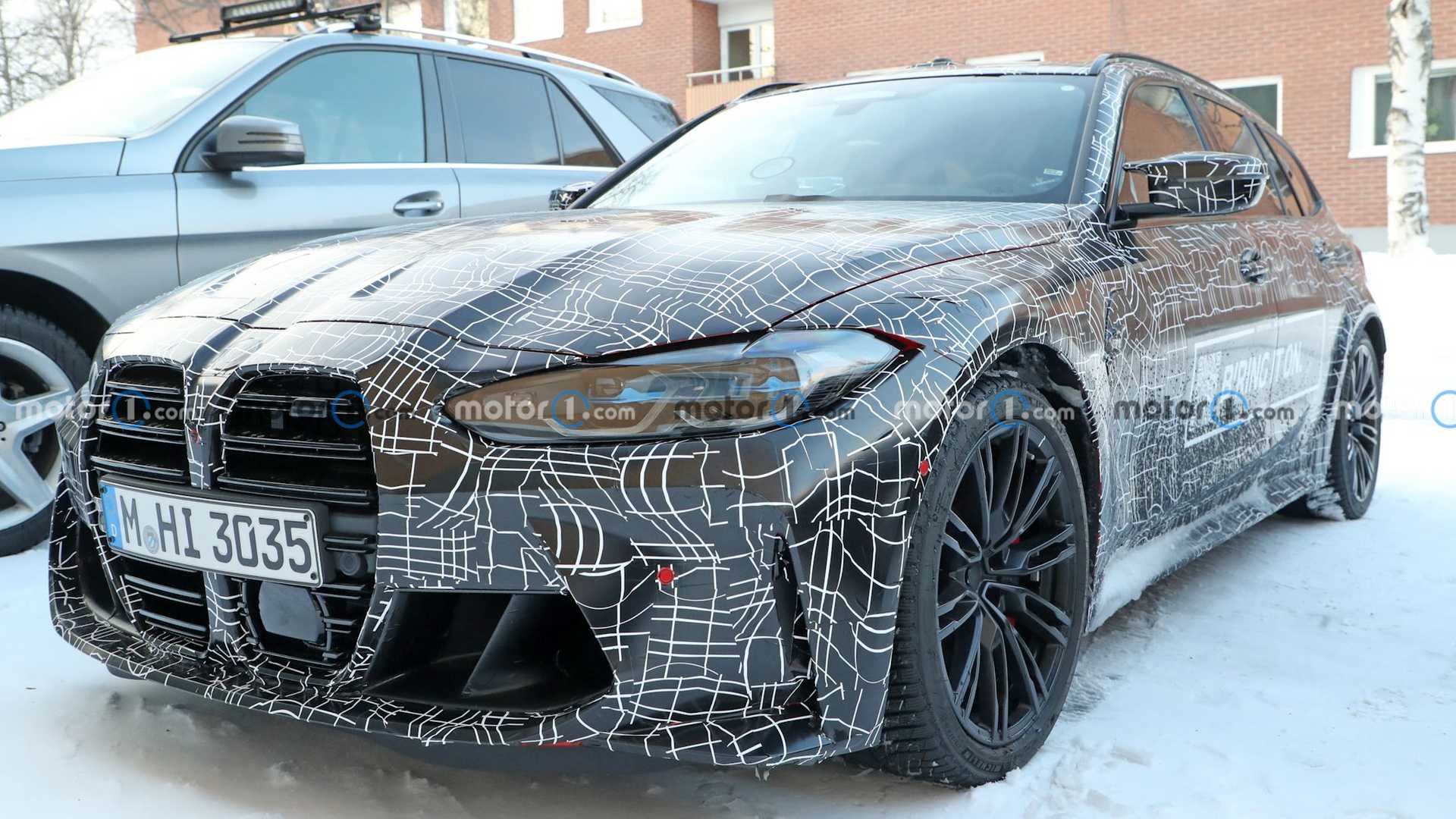 BMW is finally making a proper M3 wagon, but we’re still waiting for the full reveal that should happen this year. BMW is already teasing it, so a debut can’t be far away. However, until then, new spy shots will keep us excited for the new model we won’t be getting in the US. The new batch of pics shows the M3 Touring cold-weather testing in Sweden.

BMW hasn’t been forthcoming with details about the model, so it has been unclear where the M3 Touring fits in the lineup. The new photos help assuage this, revealing that this example wears an M3 Competition badge. This aligns with earlier reports that the wagon would make 503 horsepower (375 kilowatts) and 470 pound-feet (650 Newton-meters) of torque from its twin-turbocharged 3.0-liter straight-six engine. All-wheel drive is standard, and there could be a less-powerful variant.

The new photos also reveal a bit of the interior, though it’s thoroughly covered up. However, it’s impossible to miss the large dash-spanning screen sitting in front of the driver. The M3 Touring is set to arrive alongside the facelifted 3 Series, which means the M3 Touring and the rest of the 3 Series lineup will get BMW’s latest screen tech and software. We don’t see any other significant interior changes, but they could be hiding.

The BMW M3 Touring is set to go on sale before the end of the year, and BMW is already teasing it, so a debut should be close. We already know the M3 wagon won’t come to the US due to the high cost of homologating it for the US market, but it could become a sought-after collector car in a few decades. We expect more information to trickle out as we get closer to the car’s launch, and there should be more teasers, too.

'Freaks and Geeks' Cast: Where Are They Now?

The Hungarian Pastry Shop: Purveyor of coffee, cake, and conversation since 1961