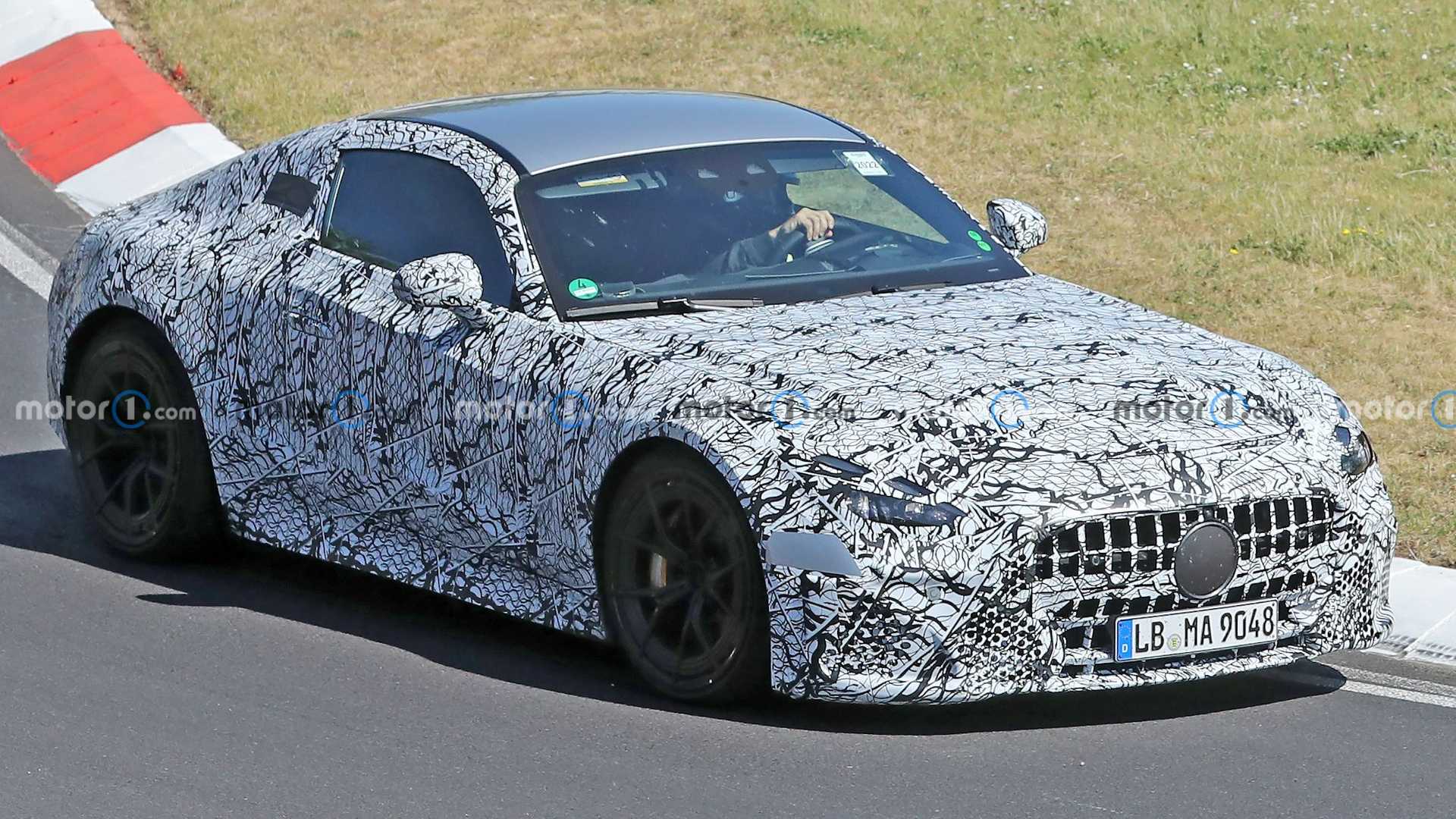 New spy photos show Mercedes is testing the upcoming AMG GT Coupe at and around the famous Nurburgring race track. We first spotted the new two-door earlier this year, and while it hasn’t dropped much of its camouflage over the last few months, we’ve seen several various trims. However, we don’t know when Mercedes will hold a full reveal.

The new photos show the AMG GT Coupe continuing to wear a copious amount of camouflage, but it does appear as if there’s a bit less covering the rear. However, Mercedes wasn’t really hiding much under the tight-fitting wrap. The new AMG GT Coupe is the fixed-roof sibling to the SL Roadster. Both have similar shapes, but the AMG GT Coupe will receive distinct styling.

The AMG GT Coupe’s grille sits lower on the car’s face, and the headlights have a different shape and position. At the rear, the car looks sleek, with a roundish rear end and quad exhaust pipes poking through the rear diffuser. They likely attach to the 4.0-liter twin-turbocharged V8 that also powers the new SL.

There’s a good chance Mercedes might offer the car with a 2.0-liter four-cylinder engine as governments around the world impose strict emissions regulations. Mercedes might make it for specific markets. However, one AMG GT Coupe variant that should see wide appeal is the plug-in hybrid. Our spy photographers have already spotted it, and the intel we’ve heard paints an exciting performance picture.

All signs point to Mercedes pairing its 4.0-liter V8 to an electric motor, which it did with the GT 63 S E Performance. That models pump out 831 hp (620 kW) and 1,033 lb-ft (1,400 Nm) of torque. There’s little doubt such a setup in the new AMG GT Coupe would deliver similar performance numbers.

We don’t know when Mercedes will reveal the new AMG GT Coupe, but it could happen later this year or early next. We’ll keep an eye out for new photos and details until then. When it goes on sale, it’ll compete against cars like the Porsche 911.