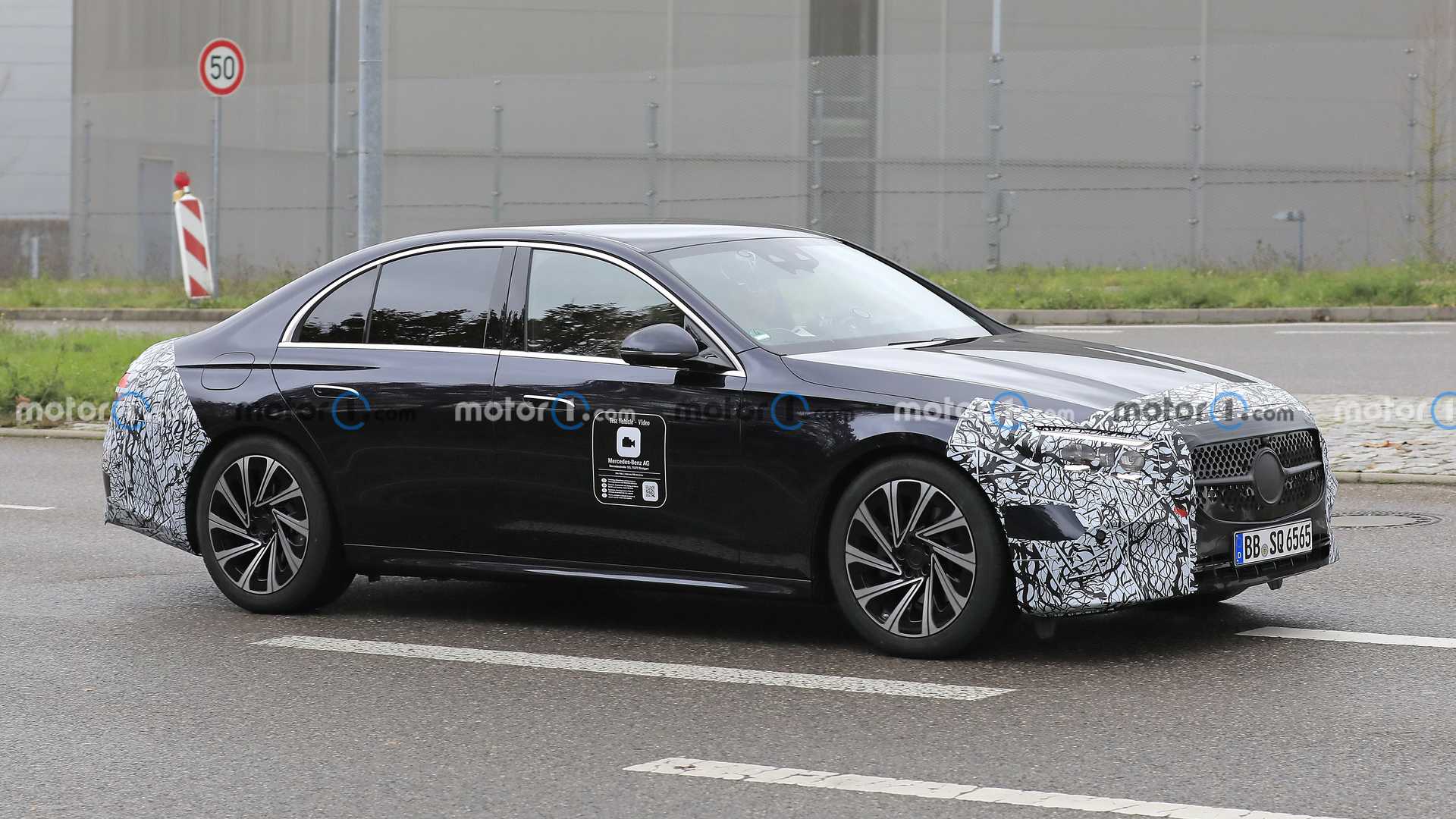 Will we see the next-generation Mercedes-Benz E-Class before 2022 is out? That question remains unanswered, but new spy photos from Germany show a test vehicle with very little camouflage. The stately sedan looks ready for primetime.

That goes for the interior as well. We’re treated to a single image of the dash and front seats, giving us our best look yet at the all-new layout. Covers are draped over much of the dash, but it’s impossible to miss the big center screen dipping down, much as you see in the EQE. We can also see the glass cockpit stretching across to the passenger side, keeping with the fully digital layout offered in other new Mercs. Our sources say the 11.9-inch screen from the C-Class will be standard, with the 12.9-inch OLED screen from the S-Class available as an option.

Aside from a few cables and stickers used for testing, the interior looks set for production and the exterior does as well. Camouflage wrap is found only on the front and rear clips, virtually identical to our previous E-Class prototype sighting earlier in November. This time around, there isn’t a janky trailer hitch mounted at the back, and the wheel/tire combination looks like a production setup. The black finish on this Benz highlights the new bodyline near the beltline, sweeping front-to-rear with a break in the middle. Details at the front are still masked, though we know thinner headlights and a larger grille are in there.

Under the skin, every E-Class will feature some form of electrification with its powertrain. 48-volt mild hybrid tech is standard-issue, with multiple hybrid and plug-in hybrid trims expected. That holds especially true for AMG variants, which will almost certainly rely on electric motors for a power boost. That’s not to say the twin-turbocharged V8 will go away as it did with the new C63 S E Performance. But if it does stick around, it will almost certainly utilize electric motors.

It’s still possible we could see an official debut before 2022 is out. If that happens, this could be a 2023 model but if Mercedes pushes the reveal into next year, the new E-Class would likely be a 2024 model-year vehicle.

Check out the Rambling About Cars podcast for more new vehicle debuts from a range of automakers, available below.