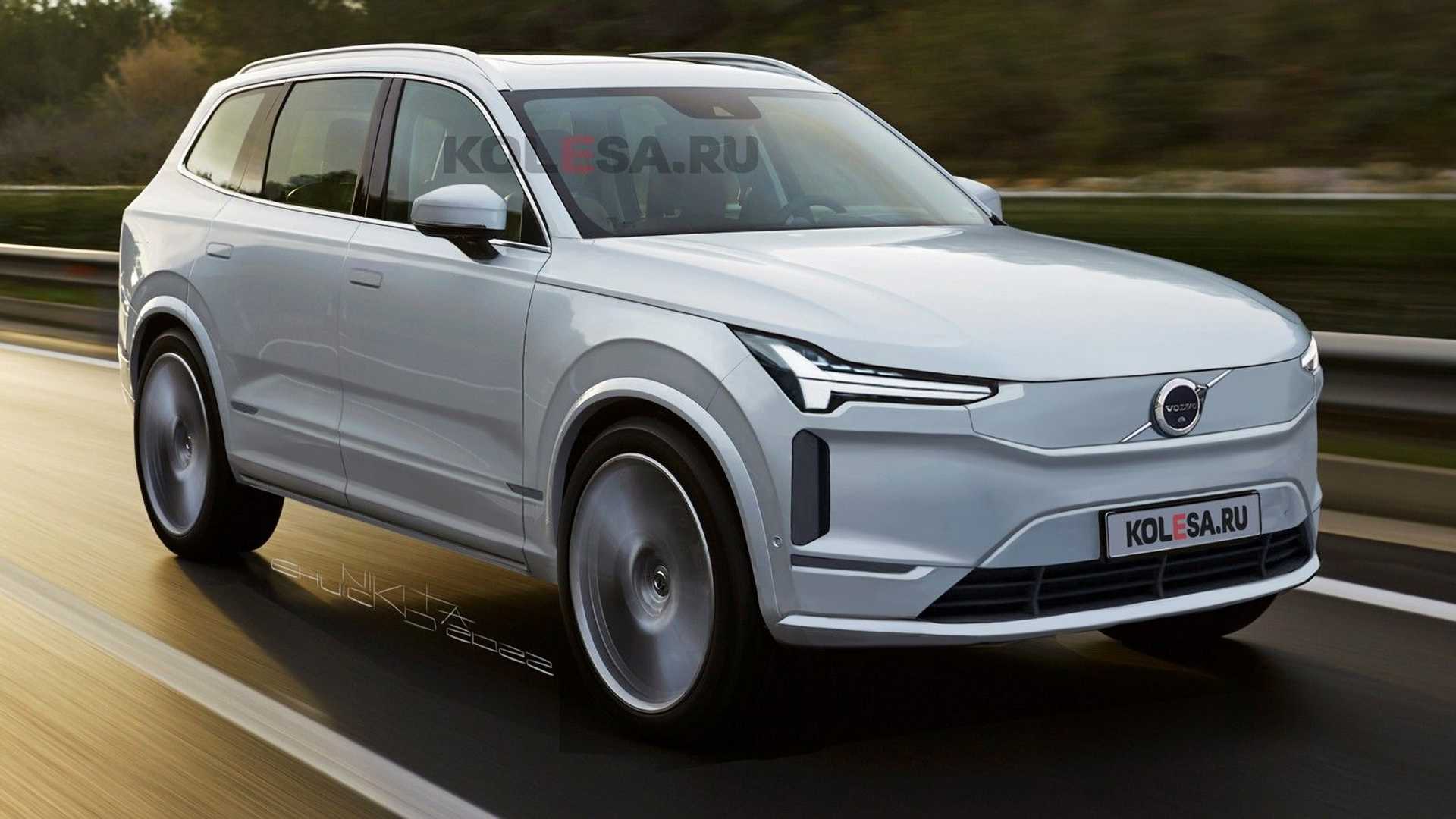 Volvo unveiled the second-generation XC90 over eight years ago and it’s safe to say the midsize luxury SUV has aged gracefully. It still looks relatively fresh despite being around for quite a while during a period virtually all of its rivals have switched to next-generation models. A successor is inevitable and last week we took a good (albeit indirect) look at it through patent images. These have now been transformed into unofficial renderings.

Looking quite familiar, the XC90 seemed to be the purely electric model judging by the closed-off front grille. The overall exterior styling won’t be a significant departure and should have some Polestar design cues. Pop-out door handles and a fresh take on Volvo’s traditional upright taillights are earmarked for the new model.

Volvo has said the next-gen vehicle will get an actual name rather than an alphanumeric designation. The Geely-owned marque has said the first letter will be a vowel, with some reports claiming the XC90 will be renamed Embla. However, a recent trademark filing shows the Swedes have taken legal measures to register EXC90.

Perhaps the newly registered moniker will be used for the current model as Volvo plans to continue production. It’s even getting a facelift, which might come along with a purely electric derivative that would be called EXC90. However, nothing is official at this point and this is all speculation on our part in an attempt to decipher the mystery.

Meanwhile, fresh patent images show a good chunk of the interior, albeit it’s missing some parts. Even so, we can easily tell the SUV will have a portrait-oriented infotainment and a continuous air vent design The lateral spokes of the steering wheel suggest it’ll incorporate capacitive-touch buttons, while the “floating” center console offers ample storage underneath the armrest.

It should be noted the next-gen XC90 / Embla will only be a temporary flagship SUV as Volvo is cooking up a fullsize XC100 (will have a different name) that should take after the 2021 Recharge concept. It too will be electric as part of the company’s ambitions to drop combustion engines altogether by the end of this decade. Volvo was among the first automakers to announce plans to gradually retire ICEs and go all-in on EVs.

The ‘scary stuff’ Biden’s White House and DOJ might have done to attack parents: Jim Jordan