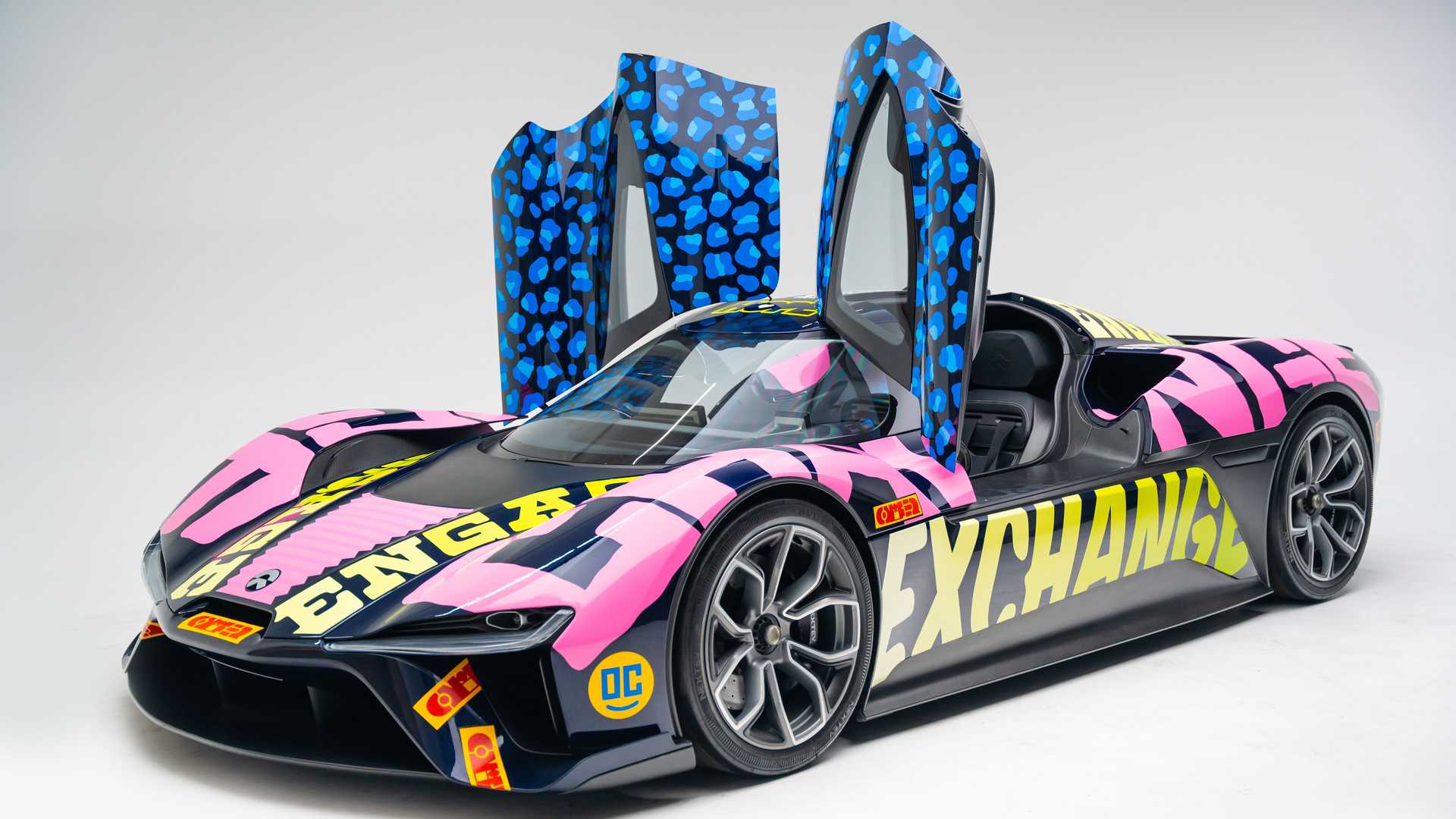 It’s been a minute since we last talked about the Nio EP9. To refresh your memory, this electric hypercar briefly blitzed the automotive world back in 2017 by lapping the Nürburgring in 6 minutes 45.9 seconds. Production cars have since gone faster, but lest we forget, the EP9 isn’t a road-legal machine. After that flash in the pan, the EV company pursued mainstream offerings but there are still plans to build 16 EP9s all total.

The colorful version you see here is one of them, but it’s not one you’ll see turning laps at a track. It’s taken on a new role as an art car, painted by a British artist known as Ornamental Conifer. The artist’s real name is Nicolai Sclater, and he has quite a portfolio of motorsports-related projects. This Nio is among them, hand-painted by the artist with bold colors and graffiti-themed script. The car was recently auctioned through Bonhams, though bidding crested at $550,000 without meeting the reserve.

According to the auction listing, this specific car has seen action on several racetracks around the world. The EP9 is normally fitted with four electric motors – one at each wheel – generating a combined output of over 1,300 horsepower. With that kind of power in a race-inspired design, the EP9 is both fast in a straight line and around corners. 0-60 mph happens in around 2.5 seconds, the top speed is 194 mph, and it sticks to the road with 3gs of downforce.

We say normally fitted because, for reasons unknown, the motors, batteries, and other mechanical components were removed from this vehicle prior to the sale. Apparently, its transition to art car status makes it a static hypercar for display only. However, the auction states the buyer can request all the missing components free of charge.

Of course, there is no buyer as bidding ended without a sale at $550,000. We don’t know what the reserve was on this car, but the last we heard, EP9s were priced well over $1 million.