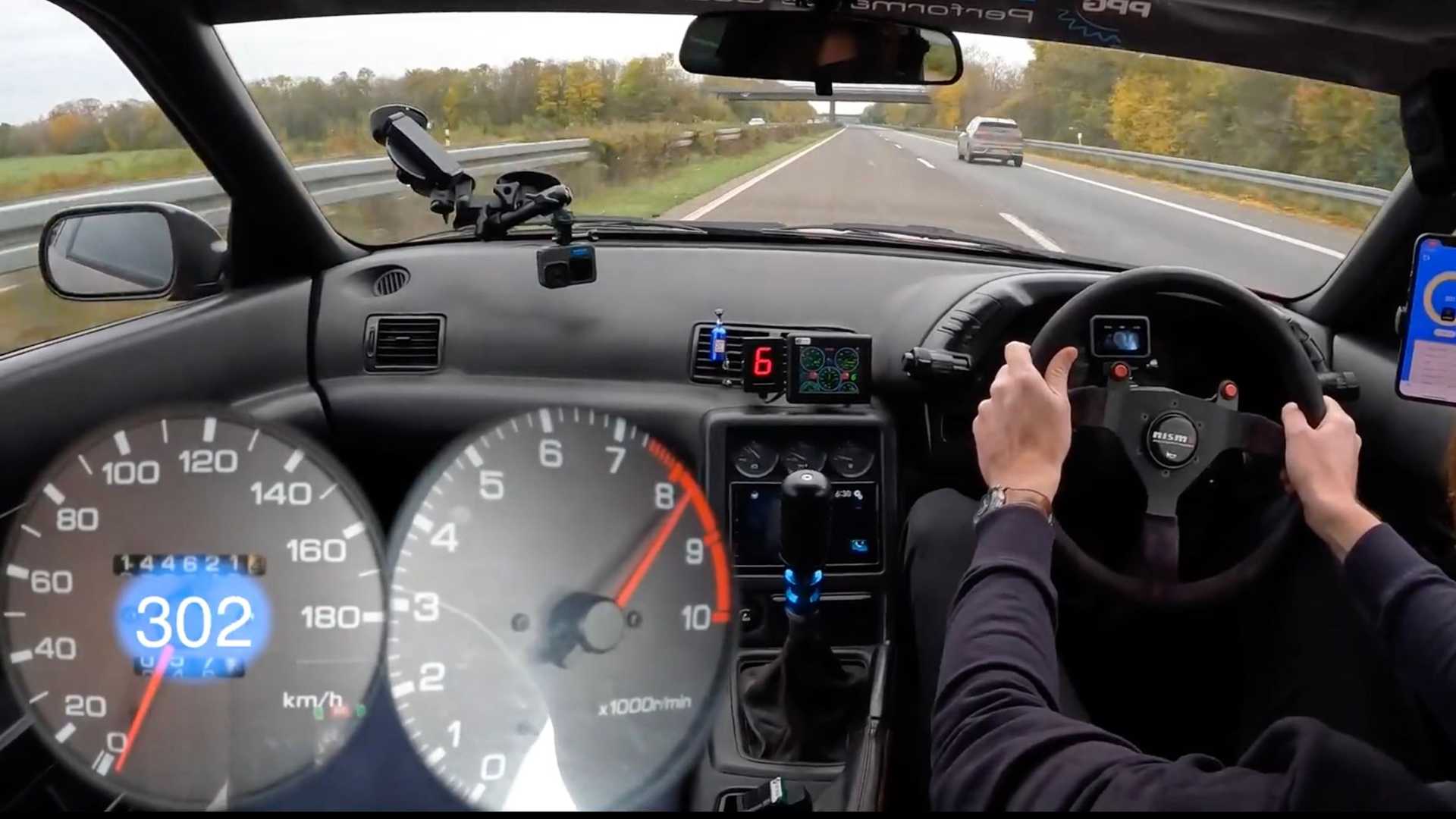 This Nissan Skyline has so much power that the speedometer needle can wrap all the way around the dial and comes to a stop just before the 0 mark. The GPS is the only way to know how fast the vehicle is going on the autobahn.

When it debuted in 1989, the R32-generation Skyline GT-R was the first vehicle to wear this model name in 16 years. Nissan made sure it came back with a bang. Power came from the RB26DETT 2.6-liter twin-turbo inline-six. The official output was 276 horsepower (206 kilowatts) because of a gentleman’s agreement among Japanese automakers not to publish figures higher than this figure. The actual number was likely higher. The drivetrain consisted of the ATTESA E-TS all-wheel-drive system and a five-speed manual gearbox.

The one in this video is far from stock. It still has a 2.6-liter inline-six but a single, massive turbo replaces the original pair. The alleged output is around 1,000 hp (746 hp) and 710 pound-feet (963 Newton-meters). The engine’s redline appears to be around 9,000 rpm, judging by when the driver shifts gears. A six-speed sequential gearbox replaces the original manual transmission.

With a four-figure power output, acceleration is effortless for this GT-R. The driver can bang through the gears and quickly gain speed. The speedometer needle spends a lot of time past 180 kph (112 mph) where the dial is blank. During one run, the GPS briefly shows 302 kph (188 mph).

The R33-generation Skyline GT-R replaced the R32 in 1995. It continued to use the RB26DETT but had slightly sleeker exterior styling in comparison to the previous model.

Since you can import vehicles 25 years old or more into the United States, the entire span of R32 Skylines are available to bring into the country. The GT-R is at the top of the range, but there are also lesser grades with less-powerful inline-six and even four-pot powerplants. A sedan body style is available with some of these engines, too.