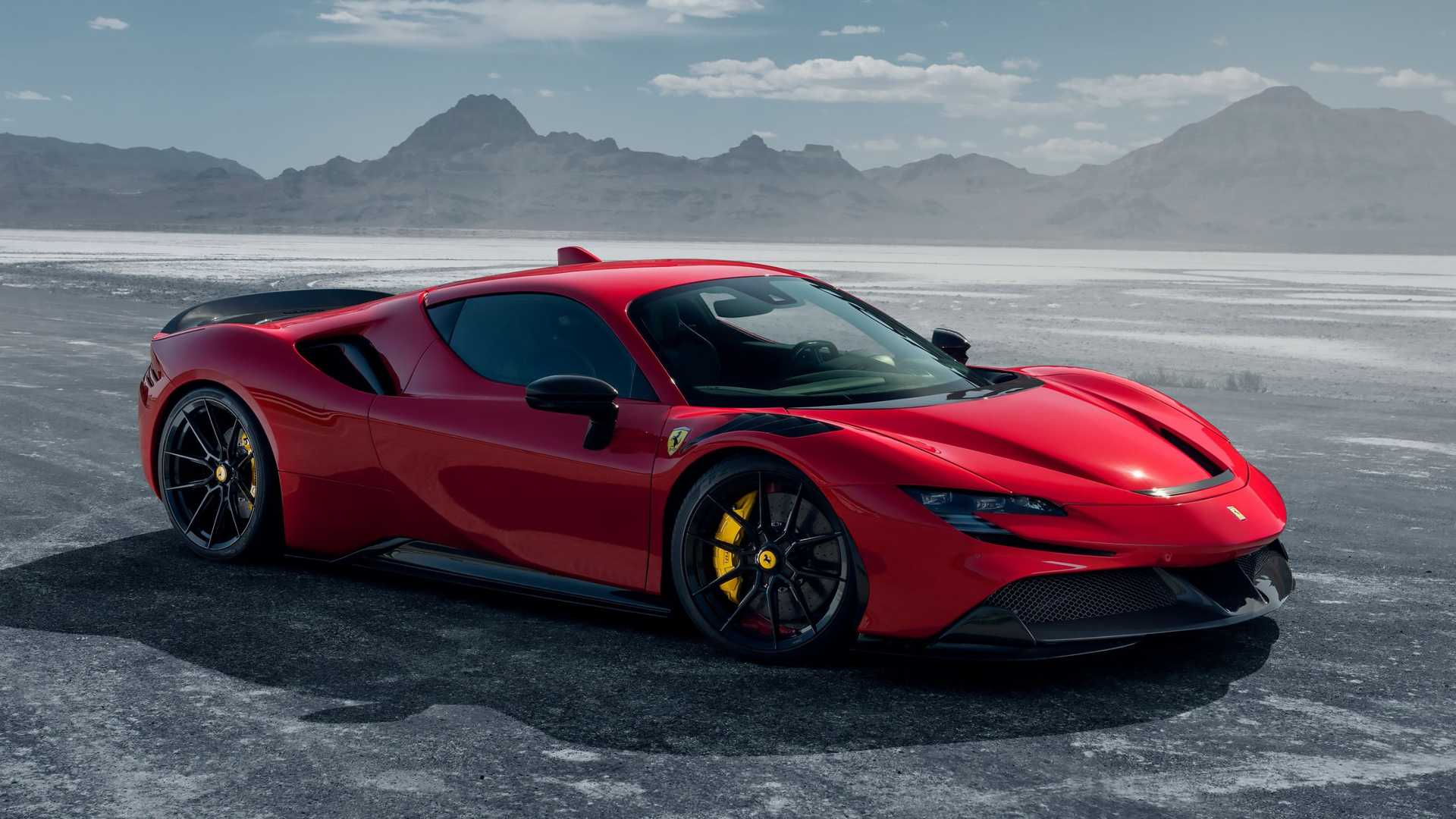 Ferrari is currently working on a more hardcore version of the SF90 Stradale known internally as the Versione Speciale. When it debuts later this year, it will bring aerodynamic improvements for better performance on track. If you don’t want to wait until the Maranello-based automaker completes the development work, however, there’s now an available alternative from the aftermarket scene.

Renowned tuning company Novitec has just presented its package for the supercar. The highlight of the kit is a new custom exhaust system and modified engine software, which result in an increased peak output by 109 horsepower (80 kilowatts). Thanks to these relatively small upgrades, the system power is now rated at 1,109 hp (816 kW).

This 10-percent power boost has a positive effect on the acceleration times of the SF90 Stradale. The 0-62 miles per hour (0-100 kilometers per hour) acceleration now takes 2.4 seconds, 0.1 seconds faster than the stock vehicle, while 124 mph (200 kph) is reached in 6.3 seconds, 0.4 seconds faster than stock. The top speed is increased to over 211 mph (340 kph), though Novitec doesn’t provide an exact number.

Those numbers are obviously impressive and Novitec also promises an even more instant throttle response and better acceleration at all speeds. Other performance-oriented upgrades include a lower spring kit, which reduces the ride height by 30 millimeters at the front and 25 millimeters at the back. This results in a lower center of gravity and a more predictable road behavior in corners.

Visually, the SF90 Stradale by Novitec remains relatively subtle on the outside, though there are a number of appearance enhancements. These include a new front spoiler with detachable side sections, carbon trim components for the front hood, and optional new front fenders with a custom design. Several different wheel designs with sizes of 20 and 21 inches are also available.

Inside the cabin, Novitec says it can add further individuality with leather and Alcantara in any desired color for the seats. Unfortunately, there’s no pricing announced at the moment.