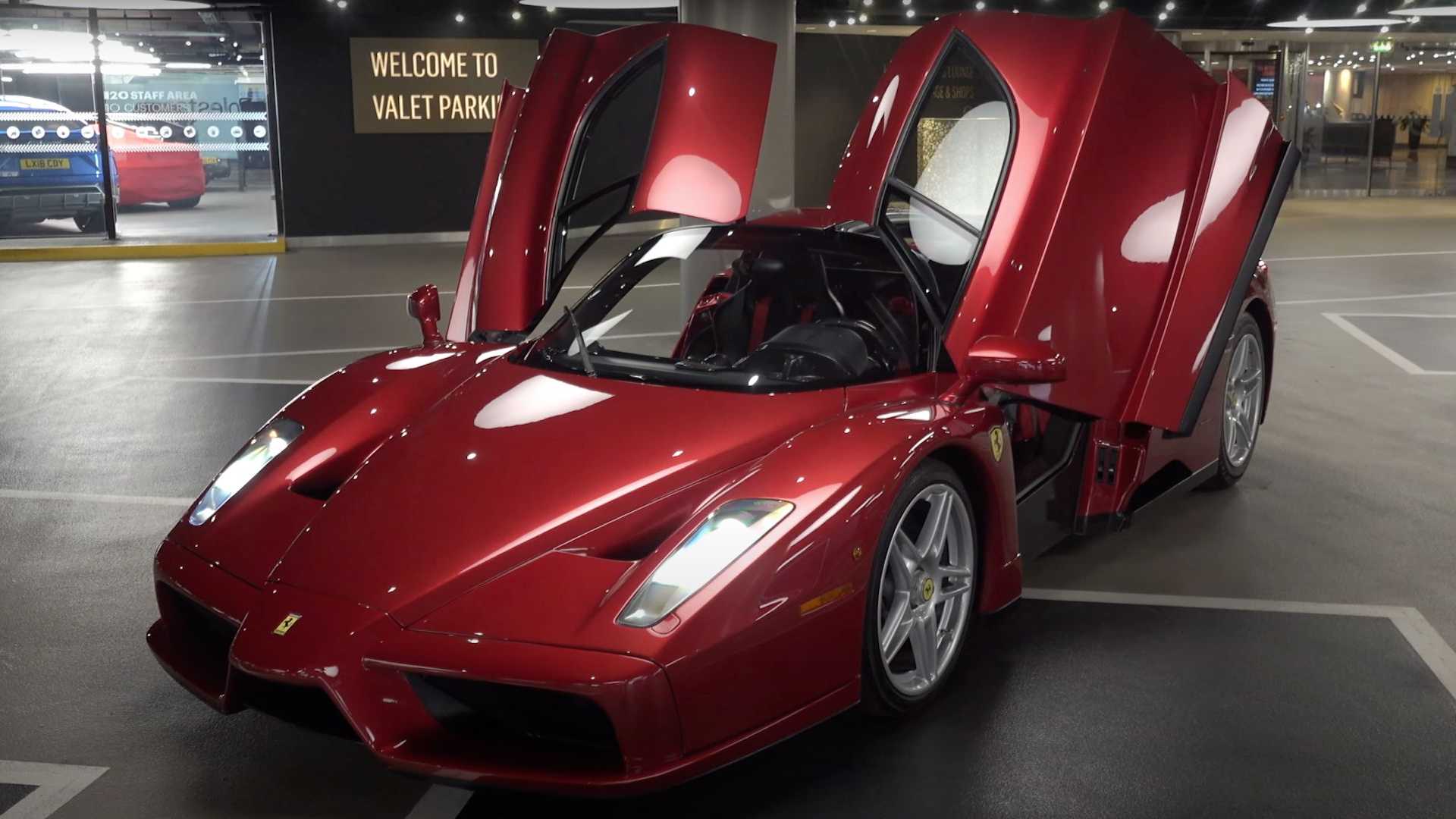 There are plenty of special Ferraris in the Italian marque’s decades worth of history. The Enzo, which was named after the company’s founder, is arguably among the more special ones. It gained popularity in the early 2000s, primarily because of its naturally aspirated V12, carbon fiber body, and Formula 1 technology.

A total of 400 production units of the Enzo were made, most come in Rosso Corsa paint. However, one of those 400 came in Rosso Rubino shade, which is a darker red hue compared to the usual Enzo color. It certainly is unique, and YouTube TheTFJJ spotted it in London for a closer look.

Just like the naked carbon fiber Enzo that you see in the gallery above, there’s only one Enzo in the world that came in this color from the factory. Even better, the unit is equipped with a Tubi Style straight pipe exhaust system, which made it really loud. The video above captured a very loud cold start sequence.

Meanwhile, another Enzo was spotted before with a similar magnitude of exhaust note, proving that V12 engines and straight-pipe exhaust systems are a match made in supercar heaven.

There is no information about the owner of this Rosso Rubino Enzo Ferrari, but know that a lot of Enzo owners are high-profile individuals that have either owned an F40 or an F50, or both. Among the celebrities who owned an Enzo is Michael Schumacher, who got his supercar in the Rosso Scuderia color (the same shade used in popular Formula 1 cars).

Another Enzo finished in Rosso Scuderia was sold for $3.8 million last year. It only had 353 miles on the clock when it was sold, which explains its value apart from the nameplate’s rarity.