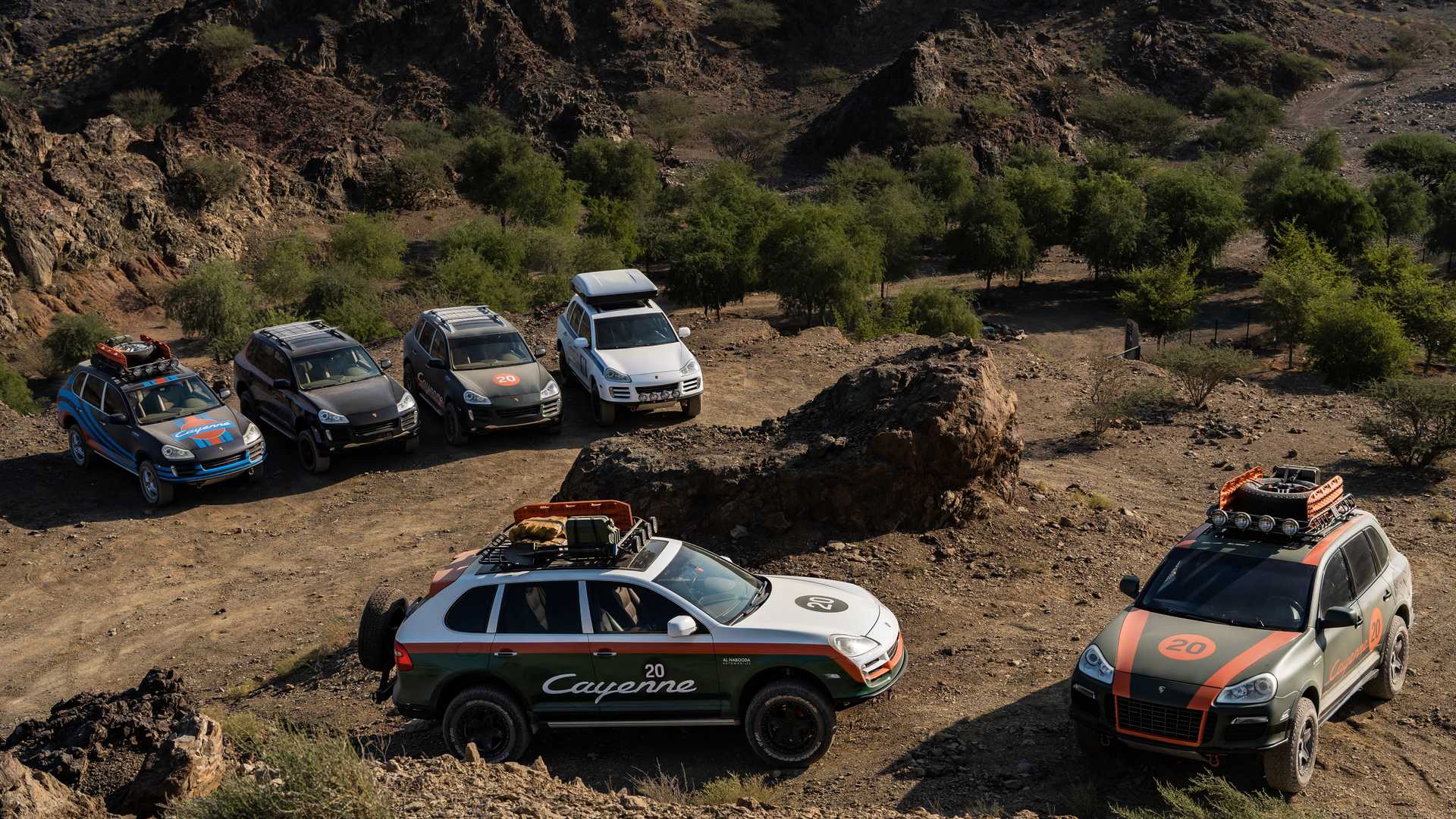 The first-generation Porsche Cayenne turns 20 this year and the Stuttgart-based automaker already marked the anniversary on a number of occasions. The celebrations continue, however, and Porsche Middle East and Africa FZE wanted to take things to the next level with a very special project. The company’s division tasked its two importers for the United Arab Emirates to restore and customize a fleet of first-generation Cayennes for off-road use. The ultimate goal was for the SUVs to be ready for this weekend’s Icons of Porsche festival.

The best thing about the restomoded vehicles is that they are not just garage queens. The modified Cayennes have already been tested by media representatives in the mountainous desert region of Hatta, near Dubai, and are now being prepared to be displayed at the Icons of Porsche festival. During the event, the eight utilities will also be available for guests to take on off-road routes alongside driving experts.

“We were tasked with regenerating the first-generation Cayenne to highlight its offroad capabilities through accessorizing and modifying where necessary, as well as utilizing some of the accessories that have recently become available for it from Porsche Classic,” Darren Abel, one of Porsche’s dealers in the Middle East, comments. “In conjunction with Porsche Centre Dubai, we purchased four E1s each, ranging from 2007 to 2010 examples, and I think both teams have enjoyed modifying them and giving the E1 a new lease of life.”

The most difficult part of the restoration process was finding vehicles that met Porsche’s requirements. Cayennes in good condition and in standard form as much as possible have been sourced from different places and have gone through Porsche Approved verification before being approved for modifications. All vehicles required quite a lot of work, which is to be expected from cars that are now between 17 and 20 years old. Following the complete restoration and off-road modifications, there are already customers willing to buy them.

One of the Cayennes used for the project was bought from a customer who asked Porsche why it wants to buy it. After hearing the plan, they expressed their interest in buying that vehicle back once it is completed. To a certain extent, Porsche says, this project renews the love for the first-generation Cayenne.