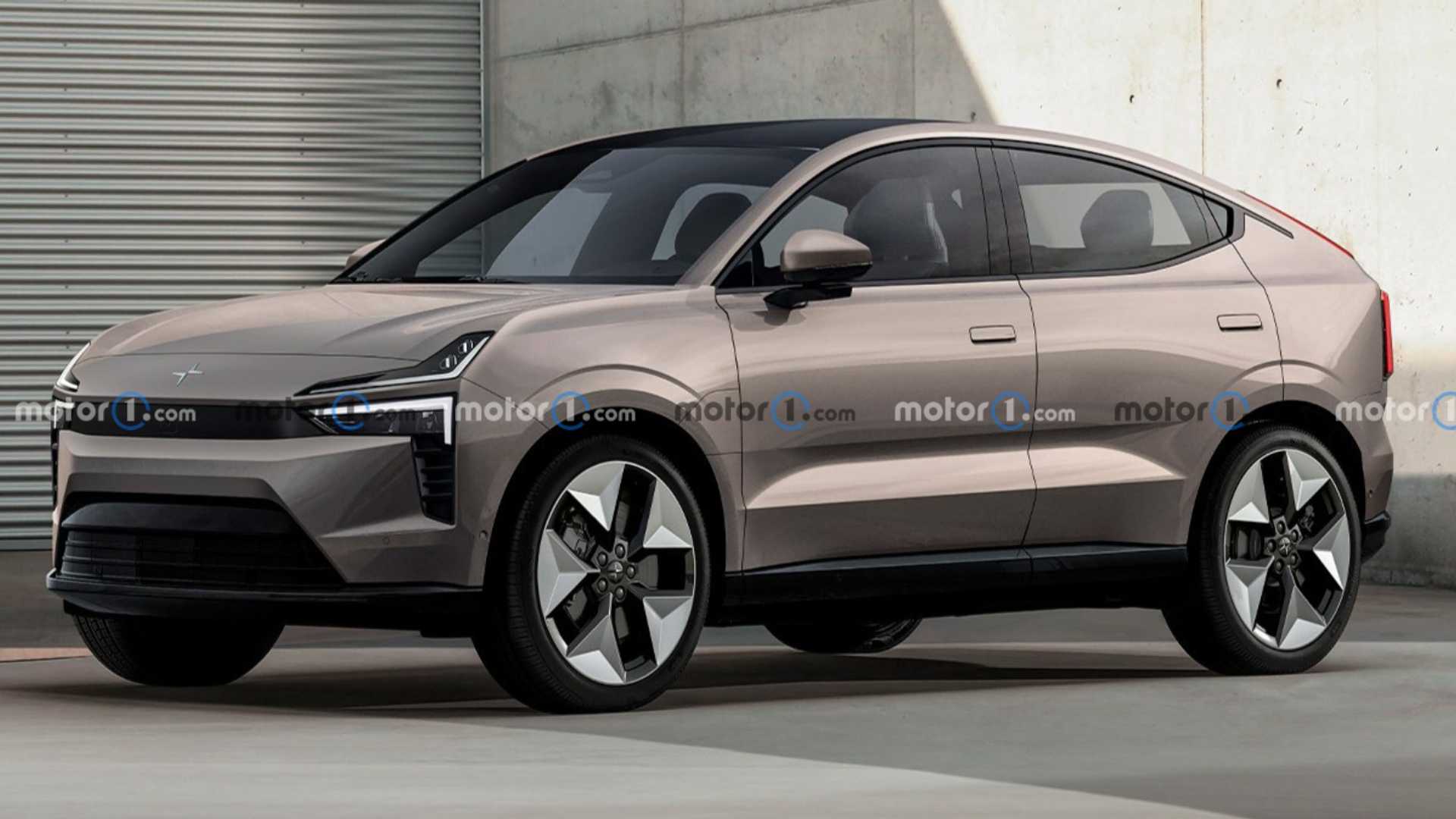 Polestar has an ambitious plan to launch a brand new model every year at least until 2026. The Swedish performance-oriented marque unveiled the 3 SUV with a massive 111.0-kilowatt-hour battery pack in October this year and it also wants to expand into the smaller utility segments. A subcompact crossover is believed to be under development and we have a new rendering giving an early look at the upcoming electric vehicle.

Our pals at Motor.es are the first to visualize this future zero-emissions B-segment crossover (under the European nomenclature) and the publication was kind enough to share its exclusive preview with us. What you see in the picture is a small battery-powered crossover with a coupe-inspired roofline, muscular side profile, and a distinctive Polestar front fascia. This isn’t the prettiest model, that’s for sure, but this is what the reality in this segment usually looks like.

It is way too early to predict what will hide under the skin, however, we know some of the preliminary details. According to the available information, the yet unnamed crossover will be based on Geely’s SEA platform. This is a modular architecture designed especially for fully electric vehicles. In this case, word on the street is the base models will have a single electric motor on the rear axle, while there might also be a dual-motor, all-wheel-drive model.

The Polestar subcompact electric crossover will face serious competition, though. Mini is working on the new Aceman, which will be positioned in the same league. Further competition will come from Volvo, Polestar’s sister brand within the Geely family, which will release the EX30 at some point next year. The two, however, will be different in terms of power output and features. Both the EX30 and Polestar’s small crossover will share the same platform, which is also used by the Smart #1.

We don’t know when the new small Polestar crossover will arrive. The company’s plans for 2023 include the launch of the Polestar 4 compact luxury SUV and we suppose we won’t see the smaller model until the middle of the decade.