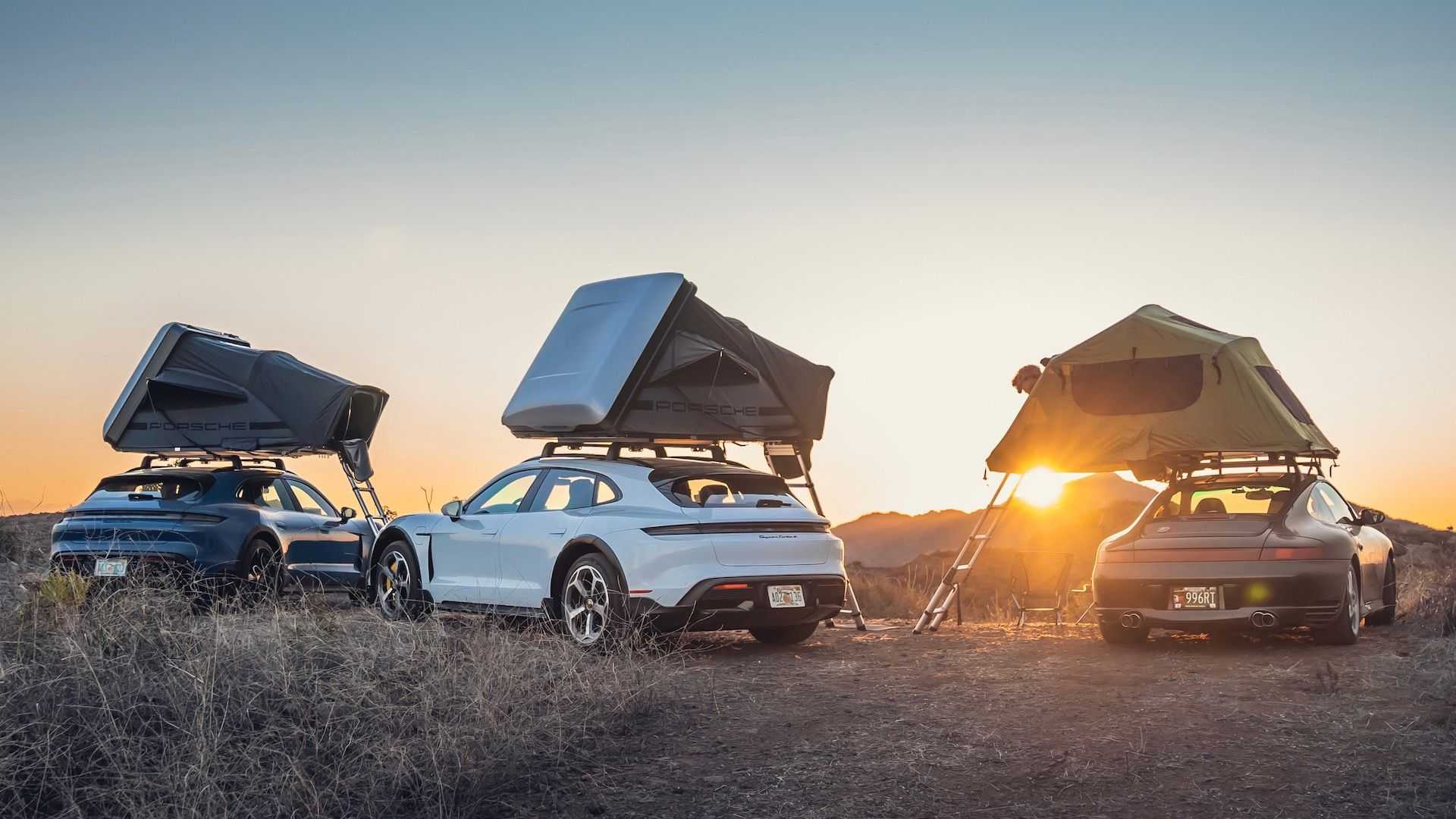 Porsche is known for its sports cars. But with the introduction of the Cayenne, Macan, and Taycan Cross Turismo, the German marque wants to prove that it has an adventure-ready side.

More so when it introduced a roof tent that owners can buy through Porsche Tequipment, the company’s division for original accessories and upgrades. The roof tent takes the shape of a large hardcase when not deployed and can be installed on the roof of Porsche vehicles.

In this case, the automaker showcases the new roof tent and its wild side in a glamping experience in California with the Porsche Taycan Cross Turismo.

Glamping, which is a portmanteau of the words “glamorous” and “camping,” is the best word to describe this activity. Beyond the luxurious cabin that the Porsche Taycan Cross Turismo offers, the 210 x 130 centimeter (6.9 x 4.3 feet) roof tent has a high-density polyfoam mattress integrated. The tent can accommodate two grownups and can be used in all seasons.

The Taycan Cross Turismo glamping activity went through Southern California’s rougher dirt tracks. The overnight camping took place on the wilder western sections of the Saddlerock Ranch – an expansive property that has been the setting for countless music videos, advertisements, films, and TV shows.

The Porsche glamping activity also saw social media personality, Brock Keen, camping with the Taycan Cross Turismos. Known on Instagram as @996roadtrip, Keen has been known for his adventures and road trips with his 996-generation Porsche 911 fitted with a roof tent.

“I’ve made a 3,000 mile road trip loop and I’ve landed in Malibu in the mountains, camping with Taycans with roof top tents. I would have never dreamed that it could have got to this,” Keen commented.

The Porsche Tequipment roof tent sells for €4,980 or around $5,000 at the current exchange rates. The manufacturer says the tent cannot be installed on GT, Cabriolet, and Targa models.